OTE Group, member of the Deutsche Telekom Group, is the technology powerhouse of Greece and the enabler of the country’s digital transformation

Under the unified COSMOTE commercial brand, OTE offers in Greece a full range of services for households and businesses, from fixed and mobile telephony, broadband and wholesale telecommunication services, to pay-TV and integrated ICT solutions. OTE Group’s subsidiaries include, among others, its international wholesale arm OTEGLOBE and the telecommunications companies Telekom Romania and Telekom Albania. OTE’s shares trade in the Athens Stock Exchange (OTE) and London Stock Exchange (HLTOY).

OTE’s investments account for more than 60% of total investment in the sector in Greece, exceeding €2 billion in the past six years and another €2 billion until 2022. Thanks to these investments, COSMOTE Fiber is the largest fiber optic network in Greece, enabling more that 60% of the population to enjoy internet speeds of up to 200Mbps.  Looking ahead towards the Gigabit Society, OTE has initiated the roll out of its Fiber to the Home (FTTH) network, to provide internet speeds of up to 1Gbps. In mobile telephony as well, the company breaks new ground with its COSMOTE 4G and 4G+ network covering 98% and 94% of the population respectively. The company is also committed to invest robustly for the development of 5th generation mobile networks (5G).

According to the Greek Foundation for Economic & Industrial Research, OTE is today a milestone for Greece’s economy. It contributes yearly to the country’s GDP with €4.8 billion (2.7%) and pays approximately €1 billion in taxes and social security. It supports 75,000 direct and indirect jobs, and has hired more than 2,500 young people since 2013.

To become the top technology company it is today, ΟΤΕ had to go through tough times and a radical structural overhaul. And all this, against the backdrop of a severe financial and social crisis.

In 2010, OTE was trapped in a vicious cycle of low competitiveness due to its eroding financial results, hostile regulatory environment, and fierce competition. Due to the Greek crisis and the inability to raise capital from the market, OTE’s inherited debt and solvency were at risk.

Michael Tsamaz, Chairman and CEO of the OTE Group since 2011, who has been leading the company through the turbulent waters of the Greek crisis, notes:

We knew that if we wanted to survive we had to evolve. We have managed in time, through a radical structural overhaul to transform from a former state monopoly to a modern, internationally competitive company and become the enabler of the digital transformation of Greece. To this end, in 2011, we came up with a concrete strategy which aimed to fix the basics, progressively focus on growth, and ultimately navigate the company through the digital era

The multi-layered turnaround strategy was based on six pillars: technological superiority, industry-leading customer experience, new revenue streams and enhanced leadership in core business, on the back of operational and cost optimization and a modern human resources strategy. OTE Group managed to streamline its financials, create new revenue streams and transform into a modern, customer centric, technology enterprise, with COSMOTE as the unified brand for all products and services.

Today, OTE Group is leading change. It acts proactively, challenges all assumptions and continuously innovates. It operates in a responsible, ethical manner, ensuring sustainability and enabling digital transformation, which leads to growth for Greece’s economy and businesses.

The company’s new vision is to become a digital transformation paradigm in Greece, as well as in Europe, by 2020. To this end, OTE’s management team has compiled a 360° digital transformation programme which steers the company on its new journey, helps it adopt a digital mindset, and allows it to exploit digital capabilities to the benefit of its customers, employees, partners and suppliers. 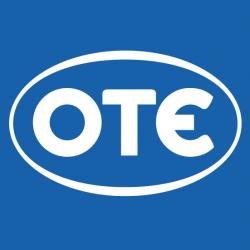 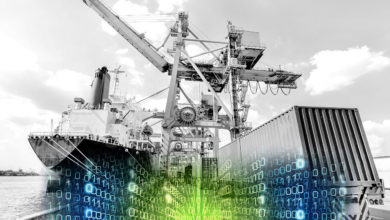