Boris Johnson has retained his position as prime minister, with the Conservatives pulling off a dramatic win in yesterday’s elections. Exit polls showed a 75-seat margin over the opposing Labour party. This is allegedly the worst defeat Labour has suffered since 1935, reportedly losing traditional strongholds like Blyth Valley, considered safe Labour territory for nearly half a century. It is likely that opposition leader Jeremy Corbyn will soon face calls to resign.

This was the UK’s third general election held in less than four years, and demonstrates how chaotic British politics has become – especially in the wake of the 2016 Brexit referendum, which split the country and divided Parliament. For Johnson, the results are a dramatic vindication on his gamble of calling another election to break the “no-deal” Brexit stalemate in Parliament. It also essentially extinguishes hope of many British citizens who voted for a new government and a re-do of the 2016 referendum.

“Boris Johnson can now start the process of Brexit”, said Tony Travers, a professor of politics at the London School of Economics. “There will be stability of a kind in British politics and in Britain’s approach to Brexit, although not a single aspect of Brexit will have been sorted out”.

“The people of this country have given us tonight a huge great stonking mandate“, Boris Johnson told a jubilant crowd of supporters at Conservative HQ the morning after. “They trust us not just to get Brexit done. They trust us because we are a great one nation party”.

The Meteoric Rise of the Pound Sterling

As the results poured in, the British pound rose approximately 2.5 per cent against the dollar, the strongest it’s been since June 2018. This is in spite of the economy’s overall failure to expand in the past three months, and the economic hit expected once Brexit is finally accomplished.

The market reflects relief of clear election results in favour of Johnson, with Corbyn’s plans to nationalise different industries spooking investors. “Just as Boris Johnson was desperately seeking his majority, this result would give the markets their ultimate wish: clarity”, said Dean Turner, Economist, UBS Wealth Management. “Sterling has moved aggressively. I would anticipate we would get a decent rise in UK equities in the morning too”, said Peter Kinsella, Global Head of FX Strategy at UBP.

US President Donald Trump has weighed in, saying that results make the US “free to strike a massive new trade deal” after Brexit is accomplished. Such a deal was always seen as a positive result by euroskeptics; Labour, however, long feared that the NHS would become a pawn in such trade negotiations.

The win does not guarantee smooth sailing for Britain’s economy, however. Paul Meggyesi, head of global FX strategy at JPMorgan, said “What this means is that the level of the exchange rate now virtually disregards the damage which Brexit has so far caused to the economy, let alone the possibility of any incremental damage from the delivery of a Brexit with still uncertain prospects for a future trade deal. It seems to us that the market is in danger of conflating the removal of political uncertainty with the reversal of the economic impact of Brexit. That strikes us as being highly optimistic verging on the implausible”.

Election integrity overall took a major hit. Disinformation spread, primarily by the political parties themselves, and became more egregious in the lead-up to election day, especially from the Conservative party. “This is the election where disinformation was normalized”, said Jacob Davey, a senior researcher at the Institute for Strategic Dialogue, a London-based group that tracks global disinformation campaigns. “A few years ago people were looking for a massive coordinated campaign from a hostile state actor. Now, many more actors are getting involved”.

“It’s the democratization of misinformation”, said Davey. “We’re seeing anyone and everyone picking up these tactics”. Compounding the issue, tens of thousands of political ads vanished from Facebook’s archives days before the election. Data on spending has also vanished, bringing Facebook’s trustworthiness and transparency into question once more.

The outcome worked out well for the Tories, as Brexit is all but guaranteed. Corbyn’s own mixed record on the subject cost him and his Labour party critical support, with varied messages on a “soft Brexit” and failure to make headliner issues out of his larger of agenda of nationalisation, tax increases, and social spending. His party had hoped to repeat Corbyn’s 2017 success of depriving the Tories of their sought-after majority, but failure to bridge gaps within his own party eliminated his own electoral momentum.

A contributing factor to Conservatives’ win is the cracking of Labour’s “red wall”. Not only did the Tories take the traditional Labour stronghold of Blyth Valley, but they also won Bishop Auckland, Wansbeck, and made major inroads in Washington and Sunderland West, as well as taking Vale of Clwyd in Wales. It is a difficult loss as Labour has already begun to fracture from within, attributed to more moderate and centrists clashing with left-wing activists who buoyed Corbyn’s rise.

Former Labour shadow chancellor Alan Johnson attacked the party’s left-wing campaign group Momentum and their founder Jon Lansman on ITV, calling into question the influence of the group which helped put Jeremy Corbyn into office four years ago. “I want them out the party. I want Momentum gone. Go back to your student politics”, he fumed.

Labour candidate Gareth Snell also lost his parliamentary seat in Stoke-on-Trent, a former stronghold, and holds Corbyn responsible. When asked if it was time for Corbyn and his finance chief John McDonnell to go, Snell replied: “Yes”.

The Liberal Democrats also fared poorly in the polls, only slightly eking out more votes than they did in the previous election. The party targeted voters in Remain districts and sought to present a clear alternative to Labour by promising to revoke Britain’s request to leave the EU — without a second referendum. Yet this approach failed to gain traction with voters, and the Liberal Democrats were squeezed by Labour.

For Northern Ireland, pushing through a hard Brexit revives barely-dormant memories of their own bloody history – only put to rest with the Good Friday agreement. Deirdre Heenan, a professor at Ulster University, called these elections “one of the most toxic, divisive elections” the region has seen in recent years. “It would be difficult to overestimate its importance. The stakes are so high in terms of peace, in terms of our stability and in terms of our economic future”. Like Scotland, most of the residents in Northern Ireland voted against leaving the EU in 2016.

Helen McEntree, Ireland’s EU affairs minister, told the Financial Times they are relieved the UK avoided a hung parliament, despite the challenges Brexit poses to relations between Dublin and London, and the border between Ireland and Northern Ireland – especially if Johnson refuses to seek extension on the Brexit deadline. “We have to be realistic about the timescale”, she said. “To have something done in less than a year is very challenging”.

Meanwhile, Britain’s small Jewish community remains on edge. Labour was once the political home for the majority of British Jewry, before Corbyn’s ascendance changed that. Despite the community overwhelmingly opposing Brexit, the Labour party has been wracked with accusations of institutionalised anti-Semitism, making it an anathema to the community and a scandal for the rest of the country. Multiple Jewish MPs left the party or were forced out. Labour is currently subject to investigation by Britain’s Equalities and Human Rights Commission, and on the eve of elections, the chief rabbi made an unprecedented statement saying Corbyn was “unfit for office.” While some in the community are relieved that Corbyn is not going to be Prime Minister, others are concerned about anti-Semitic backlash that seeks to pin blame on the Jewish community for Labour’s electoral loss.

Despite Labour’s historic loss, the Scottish National Party earned 55 of Scotland’s 59 seats. The SNP is pro-EU and anti-Brexit, and Johnson has had trouble establishing popularity there. The party’s relative success could cause trouble for the Prime Minister down the line, including a possible constitutional crisis over Scottish independence. Johnson has already ruled out another vote on separation, which was rejected in a 2014 referendum. But Nicola Sturgeon, leader of the SNP, insists that the new circumstances introduced by Brexit means they are entitled to hold another vote. Reacting to exit polls over Twitter, Sturgeon noted that “What [election exit polls] indicates UK wide though is grim”.

The Day After Brexit

The EU has already signalled willingness to begin negotiations on its future with Britain once they successfully exit the bloc. “Whatever these results will be, the message from the EU is that we are ready to start negotiations on the future of our relations as soon as Brexit takes place. EU citizens but also EU businesses deserve certainty”, a senior EU official told Reuters.

Swedish Prime Minister Stefan Lofven, however, notes that due to the short time frame for Brexit, there is little time to seal a new relationship deal. “(It) means that we will move forward with our separation…we now have 11 months to hash out a deal. It’s a very short time”. 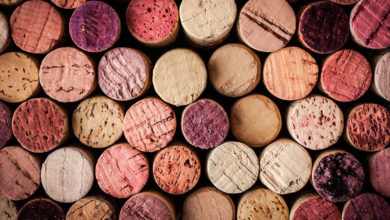