The Bank of Cyprus has partnered with Gemalto, the world’s largest card manufacturer, and the biometric technology firm, Zwipe, to initiate a pilot launch of the world’s first biometric payment card. The card, which will become available in the second half of 2018, will rely on fingerprint authentication. This pilot project is part of a wider push to digitise services at one of Cyprus’ largest banks.

While this is the first time a fingerprint has been used in conjunction with payment authorisation, the technology itself has become ubiquitous over the last couple of years. Fingerprint authentication sensors were first used with the iPhone 5S in 2013 and were subsequently adopted by Samsung for its Android mobile devices. Fingerprint technology has even been implemented for e-government applications and services. The popularity of biometric authentication suggests the industry could eventually grow be worth up to €40 billion.

How exactly will these new payment cards work? Customers will be able to self-enrol at various bank branches. A custom-designed tablet will take a copy of their fingerprint and activate their payment card with their biometric information. The cards are battery-less and will be powered by payment terminals. Another bonus is that the system will be fully compatible with existing technology, meaning businesses will not be required to invest in new equipment in order to process purchases with biometric payment cards.

Fingerprint authentication provides several benefits for customers, one of the biggest being convenience. The average individual has to track dozens of passwords or PINs to access a variety of services including online subscriptions, computers, and bank accounts. With this new technology, clients will no longer need to memorise or update their payment card PIN. A fingerprint has around 30 specific points, only 8 of which can be shared by more than one person. As a result, it is a highly secure form of authentication.

That being said, there are some notable drawbacks to the use of fingerprint authentication.  Given the recent data breaches at firms like Facebook, Uber, and even the US Government, citizens are understandably nervous about data privacy protection. If a data breach does occur and biometric information is stolen, a client would have very few options for recourse. Unlike passwords or PINs, fingerprints cannot be changed. Additionally, an authentication system cannot be based on a perfect identical match, given that our skin is easily susceptible to changes in temperature or outside elements that may temporarily distort our fingerprints.

However, while it is not a flawless verification system, market trends are showing that it is today’s top choice for protection. The increase in the number of devices connected to the internet, multiplied by the number of services and sensors continuously sending and receiving information, increases the chance of information breaches extensively. This is why several industries are investing in biometric technology, from cell phone companies and banks to computer software and sports stadiums.

Since its recapitalisation and exit from the resolution process in 2013, the Bank of Cyprus has initiated several reforms to its business model in order to improve competitiveness and expand its client base. These effective changes have garnered the approval of major credit ratings like Moody’s, which announced this month that it will maintain its positive outlook for the Cypriot banking system. “In our view, Cyprus’s economy will expand robustly, helping to improve the banks’ weak asset quality, as well as boosting their profits and capital,” said Moody’s Assistant Vice President and Analyst, Melina Skouridou.

The push towards digitalisation is a trend across the banking sector, but the Bank of Cyprus’ enthusiastic adoption of advanced technology like biometric payment cards is unique amongst smaller European banks. This foray into the use of biometric authentication could make the Bank of Cyprus a model for other small and medium sized banks in southern Europe. 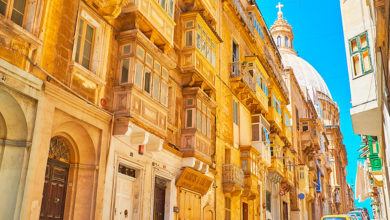 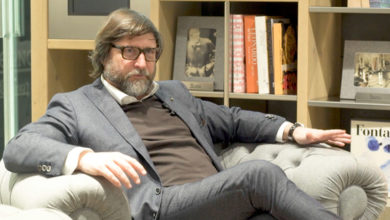