Share
Facebook Twitter Google+ LinkedIn Pinterest WhatsApp Share via Email Print
Harris Georgiades is Cyprus’s Minister of Finance. He has served in that position since 2013 and was recently reappointed for a second term. He is attributed with leading the turnaround of the Cypriot economy since the peak of the country’s financial crisis in early 2013. Georgiades previously managed a family-owned hotel business.

Standard & Poor’s has just upgraded Cyprus’s sovereign credit rating back to investment grade, after more than six years of junk ratings. The Cypriot economy has recorded four consecutive years of positive growth rates, with expansion expected to reach four percent of GDP this year. Unemployment in the small island nation is now lower than the Eurozone average at 7.3 percent. At the same time, disposable income, private consumption, and investment are all gradually rising, five years since the peak of the Cypriot financial crisis in early 2013.

The significant economic turnaround from 2013 to the present day coincides with the appointment of Harris Georgiades to the position of Finance Minister. Georgiades, who prior to his appointment managed a family-owned hotel business, is largely credited for this massive economic improvement. In fact, in 2016 he was named one of POLITICO’s top 28 European leaders for his efforts in course-correcting the Cypriot economy.

“We know that to maintain this growth, we must maintain a policy of never-ending change”, said Georgiades insightfully. Although the prospects of the Cypriot economy look nothing but positive right now – including the government vision of full employment by 2020 – Georgiades understands that “this will not continue without effort and without consistency in this effort”.

Parts of that effort include judicial reform, like improving the efficiency of the court system; deregulating aspects of the tourism industry and establishing a new executive department for tourism; promoting investment in education, including private higher education, and more.

Other aspects of the continuous effort to stabilise and better the economy revolve around non-performing loans (NPLs). Cyprus still holds the second-highest percentage of NPLs in the EU, amounting to 44 percent of total loans at the end of 2017.

“The legacy problem of NPLs is, in my view, a priority”, stated Georgiades.

To tackle this issue, the Cypriot government, under a scheme called project Estia, is creating a state-owned – though not state managed – asset management company to deleverage NPLs from Cypriot banks. The initial focus is on the seven billion euros of NPLs owned by the Cyprus Cooperative Bank (CCB). As part of this agreement, the CCB signed a deal earlier this year with the Hellenic Bank (which has been in operation since 1976 and is a widely respected institution), to transfer the portfolio of CCB’s primarily performing loans to Hellenic Bank, making it the second largest bank on the island.

The state’s intervention in CCB is expected to increase the debt-to-GDP ratio of Cyprus to around 110 percent. Still, Georgiades defended this decision, saying, “the government-owned asset management company will be established through [the state’s intervention in CCB], and this will basically ensure a new revenue stream for the government, which will be more than enough to cover for the additional debt servicing costs”.

Georgiades added that the government would not rule out other sales of banks’ NPLs to other asset management companies, including private ones.

He also added that consolidation in the banking sector has been a Cyprus and EU-wide trend, and that the CCB-Hellenic deal is a step in in that direction, which will help to fully stabilise the banking sector. “Such moves are important in the sense that they signify a break with the past”, Georgiades said with a big smile, evidently proud that Cyprus’s break with its economically ruinous past is bearing fruit. “In fact”, he continued, “they constitute decisive steps in creating a healthier, stronger banking sector based on much more solid foundations”.

In addition to banking reform, investment is also a major foundation for sustained economic growth.

On this front, the government recently ratified a new legal framework for investment funds that will allow Cyprus to become a more competitive fund management centre. “We are already witnessing an influx of funds under management in Cyprus”, noted Georgiades.

Moreover, the country is working closely with the European Investment Bank to offer government guarantees for a small-medium enterprise (SME) financing scheme, which “has been a tremendous success, and there has been very significant financing to SMEs over the last few years”, according to Georgiades.

“This is yet another reason for the successful recovery of the Cyprus economy”, Georgiades said, without acknowledging the outsized role he has played in the recovery over the past five years. 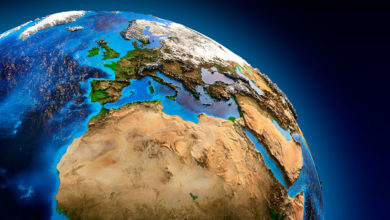 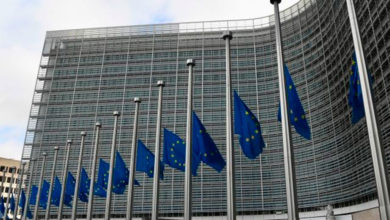