Following years of economic stagnation, due to the worldwide financial crisis of the early 2000s, Cyprus has emerged victorious, growing 3.9 percent last year — one of the fastest growing economies in Europe. How is this possible? Well, the island’s appeal as an investment location is being supported by large-scale infrastructure projects, more tourists, and the growth of strategic sectors, like energy and shipping. Countries around the world — spanning from the US to Russia, and all the way to India — are seeing Cyprus’ potential and investing in the country.

Invest Cyprus is playing a fundamental role in propelling this spur in business. The non-profit national body is the government’s dedicated partner, responsible for promoting the country abroad as a top-tier investment destination, and facilitating existing and potential investments into Cyprus. Since January, when Michalis P. Michael took the helm as Chairman of the Board of Invest Cyprus, the organisation has been working with a new three-year investment strategy, capitalising on the country’s economic turnaround.

The plan consists of three main pillars. One is to advertise and appeal to “the line of businesses that we want to promote,” said Michael. These include traditional sectors, like shipping, hospitality and tourism, and new sectors, such as investment funds, fintech and the filming industry. The second pillar is focused on Invest Cyprus’ role as a facilitator, “we don’t leave the investors when they come to Cyprus”, stated Michael, “we want to be absolutely sure that they found what they wanted, and [that] they proceed with their investments, the way they planned” he enthused. And the third pillar, explained Michael, aims to assist the government with the continuous shaping of an FDI friendly framework, and the introduction of new sector-based incentives to continue to improve the business environment, and facilitate the inflow of investments.

For example, Cyprus’s innovative Start-up Visa programme, allows talented entrepreneurs from countries outside the EU, to easily establish their start-ups in Cyprus. Indeed, partly thanks to this programme, the country’s start-up ecosystem is growing. Eight companies represented Cyprus in the WebSummit in Lisbon this year — more than ever before. One was an artificial intelligence start-up called AI Biomed, a few were focused on sustainable energy, and others used advanced software to better everyday industries, like animal shelters.

In fact, with all of this technological innovation coming out of Cyprus, the country is looking more and more like it could become an emerging hub for the Fourth Industrial Revolution (the advent of technologies like AI, the internet of things, large data analysis, cloud computing, and blockchain, in all parts of commerce and life).

Cyprus is planning to create its first-ever Science and Technology Park to provide strategic investors with a place to finance, design, build, and manage landmark projects. There are also discussions about establishing a Ministry of Digitalisation. And Cyprus — a country with an already strong reputation in financial services in Europe and internationally — is now entering the fintech race, following the launch of a collaboration between Invest Cyprus, Singapore-based VeChain (a pioneer in blockchain technology), and CREAM (a US advisory firm for blockchain projects), to assist the on-going efforts towards the establishment of a national blockchain framework. It should be noted that blockchain is particularly relevant in building a strong fintech ecosystem.

With all this, it’s no surprise that Michael sees big opportunities in promoting Cyprus in the United States, particularly within the scope of start-ups and innovation.

Michael also noted another interesting sector — beyond what falls under the Fourth Industrial Revolution — in which Cyprus plans to promote heavily: the film industry. “We know that there is a lot of interest, and not only in filming parts of some productions, but Cyprus by itself is a [natural] filming studio!” he said confidently. “We have the best package of incentives for the filming industry around”, stated Michael, referring to the fact that Cyprus offers filmmakers cash rebates of up to 35 per cent. Cyprus is targeting Hollywood, the UK’s Pinewood and the Indian film industry, knows as Bollywood. So far, significant interest has been reported from international studios.

The Cyprus Film Incentives Packages, launched in October 2018, is the grant and relief scheme for cinematographic productions in Cyprus. The plan was prepared by Invest Cyprus, and includes cash rebates, tax credits, tax deductions, and certain VAT reimbursements.

Invest Cyprus also organised the 1st Cyprus Film Summit, which recently took place in Nicosia. With the growth of the film industry in Cyprus, the cultural impact will be enormous, and will help raise Cyprus’ profile internationally. Plus, it is sure to create knock-on effects for other sectors of the economy, like tourism, one of the main driving forces of the island-nation — along with real estate and shipping.

This is not to say that those mainstay industries of Cyprus will be left in the dust, as Invest Cyprus looks to attract investment in new areas, like tech and film. In fact, Invest Cyprus is working hard to attract various traditional sectors, like financial services from Britain, once it leaves the European Union in March 2019.  Its businesses will likely not have the same privileges as those inside the EU, including access to the EU single market.

“We think that if British businesses would like to have a base in a European country after the Brexit in March 2019, then why not in Cyprus?” Michael posited. “In Cyprus, there are more than 70,000 Britons (…), we have more than half a million Cypriots living in the UK”. On top of this, “Cyprus is ranked second in the world, compared to population in [terms of] university graduates, and more than 80 percent of the university graduates are from the UK.”

Beyond the already close bilateral relations, stemming from cultural and historic ties that the two countries share, Michael explained a more fundamental reason for why British companies – and in fact companies from all international markets – should set up shop in Cyprus.

“Cyprus is a beautiful country. Cyprus gives all the incentives that an investor would like [such as a highly competitive tax system]. We are the only safe country — we were voted by The Guardian, in 2017, as the safest country to do business for youngsters. … We have a very strategic location for everybody who does business. I don’t think they would like a better location than Cyprus.” 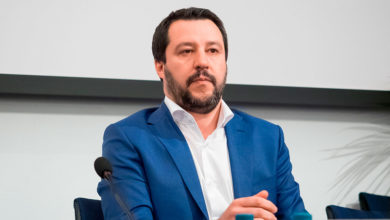