Cyprus has proved popular with tourists seeking sun-drenched beaches and impressive archaeological sites. However, the country is eager to expand its appeal. To that end, ground was broken on the construction of the City of Dreams Mediterranean Resort in Zakaki last June. At 550 million euros, it is Cyprus’ largest tourism development and could eventually add as much as 700 million euros a year to the Cypriot economy.

The 30-year casino license was issued in June 2017 and provides not only for the establishment of the main casino resort in Western Limassol, but also satellite casinos in Nicosia, Larnaca, Famagusta, and Paphos. As construction on the City of Dreams Mediterranean Resort isn’t expected to be complete until 2021, its owners have received permission to open a temporary casino in the same region as the resort.

The City of Dreams Mediterranean has been designed with an eye for sustainable development and with the goal of integrating it into the surrounding environment and landscape. Once completed, it will include 136 tables, 1,200 gaming machines, and 11 restaurants and cafeterias. Other attractions will include swimming pools, fitness centres, a tennis court and a spa. As for accommodation, the resort will feature a 5-star hotel with 500 rooms and upscale villas. In order to attract business clientele, the resort will offer 9,600-sq.metres of space to be used for conferences, meetings or exhibitions.

The project is a partnership between Melco International Development Ltd and Cyprus Phassouri Limited. Melco, which owns a 75% stake in the resort, is one of Hong Kong’s oldest companies and has extensive experience in the leisure and entertainment sector. Cyprus Phassouri owns the remaining 25% stake and has previously invested in Cypriot real estate, telecommunications, export, and mining initiatives.

The Cypriot government has thrown its enthusiastic support behind this new venture. After meeting with representatives from the consortium, the President of the Republic of Cyprus, Mr. Nicos Anastasiades, said “I can assure you that we consider Melco Group as an important contributor to our economy and as a real partner of the Republic of Cyprus in further enhancing and enriching our tourist product for the benefit of the country and its people”.

The economic gains associated with the resort will be significant. By its second year of operation, it is anticipated that the resort’s impact on the Cypriot economy will amount to around 4% of the country’s GDP. However, these benefits will start to accrue before the resort even opens, as its construction alone is expected to result in 4,000 jobs. Once fully operational, the resort will likely employ a permanent staff of around 2,500.

The Cypriot government’s decision to permit the construction of casinos is a clear sign of its commitment to diversifying a key pillar of its economy. The tourism sector directly accounted for 7.3% of the country’s GDP last year. However, the government wants to ensure that the sector remains sustainable and that it can attract a wider array of tourists throughout the year. Currently, British and Russian tourists make up the largest share of visitors, but Melco’s established brand in the Philippines and China means the City of Dreams Resort may end up attracting new tourists from Asia.

Of note is the fact that the Cypriot Parliament voted last month to establish a new junior ministry for tourism next year. The creation of this new ministry as well as historic initiatives such as City of Dreams Mediterranean Resort will help the country successfully implement its goal of upgrading and expanding its blooming tourism sector. 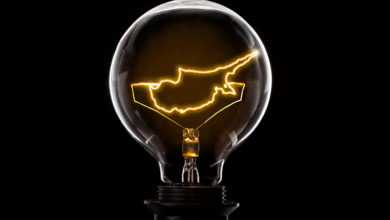 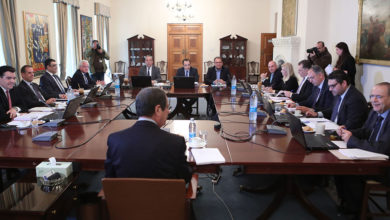