Cyprus’ famous halloumi cheese, a dairy product also known as the country’s “white gold”, has found itself at the centre of a food debate that is becoming increasingly common in Europe.

For many years, the country has tried to get the European Union to award their cheese a Protected Designation of Origin, or PDO, a label which would prevent producers in other countries from making an inferior product and edging into a market worth over 200 million euros. But a Cypriot European Parliament member believes the EU’s executive commission has been avoiding action on purpose – and hopes that new appointments within the commission will help find a way around this sticky issue.

In 2015, when peace talks in Cyprus seemed promising, it appeared as though fast-tracking halloumi to PDO label status was a bigger priority for the commission. But as talks collapsed, so did the drive to protect this cheese, indicating a sense of politicism surrounding it.

PDO is an EU-wide label applied to food products that come from certain regions or countries, and are produced as a result of specific human (traditional production methods) or natural factors (including geographical location, materials, and environment). A country receiving designation for a food product must follow strict and specific instructions regarding production, processing, and preparation. In theory, this type of quality control is meant to be positive and ensure consistent quality, but the situation often becomes complicated.

Cyprus faces several challenges in achieving PDO status for halloumi, mostly stemming from its division. The Turkish-Cypriot north – officially recognised only by Turkey – is unable to produce goods there to be exported directly, including “hellim”, the region’s name for the cheese.

Turkish-Cypriot Chamber of Commerce President Turgay Deniz has defended the northern side of the island’s right in claiming a piece of this pie, saying “Turkish Cypriot producers should be able to export PDO-registered hellim/halloumi as they deem viable. They should not be restricted to trading across (the dividing line) and via the ports in the south”.

Meanwhile, some local cheesemakers stand to be pushed out of business if halloumi acquires PDO status. Cheesemakers’ Association President George Petrou cautioned that because of the required amount of cows’ milk, around one-third of the 13,000 halloumi-making families in Cyprus would lose their jobs, causing cheese exports to drop due to a shortage of sheep and goat milk. “As cheese-makers, we want a solution that won’t reduce exports or lead to job losses”, Petrou says.

PDO, A Problematic Label Across Europe

Although Cyprus’ situation is unique given the country’s divide and recent history, it’s not the only nation to have been stymied on its way to gaining a PDO label, and Greek yogurt serves as a key example. The country lagged in deciding to set up a committee to register the yogurt as a PDO – it was already trending in Europe and beyond – and other countries stood to lose a significant amount of profit by ceding the product to Greece.

Even if a food does finally receive PDO designation, promised protection is not always received. Feta is arguably Greece’s number one food product and has received status, meaning that the only “real” feta you can find is that with a certified PDO sticker on it.

While it has been possible to enforce these policies within the EU (the European Commission is taking Denmark to court over wrongly labeled feta cheese), other major markets have no incentive to change; in fact, the US tends to eschew geographic indicators and PDO products from abroad. One US trade negotiator has even been quoted as saying, “Show me on the map where feta is?”, indicating a general disdain for these regional distinctions. But the real issue is that the US stands to lose billions of dollars in income if they are forced to rename their products, so they are reticent to follow PDO regulations. Halloumi would cause a similar stir.

Another startlingly specific example comes from crisp company Pringles, which released a prosecco and pink peppercorn flavour for the holidays. Italian authorities seized around 250 containers from a supermarket chain in the Veneto region under the justification that the company never obtained permission from the prosecco consortium. Luca Zaia, President of the Veneto region, even released a statement via social media: “We need to protect our excellences from fraud, abuse and anything ‘Italian-sounding’, as it primarily damages honest producers who promote quality and the territory”.

This is part of Italy’s strengthened initiative against PDO breaches. However, companies are often able to skirt legal action by using specific wording –- in the instance of Pringles, it comes down to stating the percentage of prosecco used on the label.

With these caveats to the PDO designation, some question if it is worthwhile to apply for this label. There are a couple of other choices, however, which include Protected Geographical Indication. PGI is another designation similar to PDO, but based more strongly on the geographical origin of a certain product. There’s also the UNESCO World Intangible Cultural Heritage designation, a label that can be applied to general cultural concepts (like the Mediterranean diet) or specific food products (Italy is currently working to get this designation for espresso) and is recognised worldwide. If Cyprus wants to protect its white gold, they may want to investigate a non-PDO route. 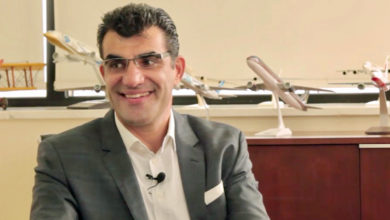 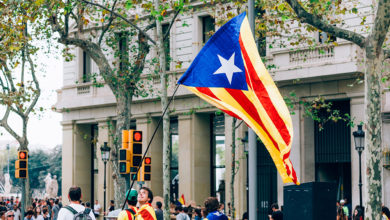