Share
Facebook Twitter Google+ LinkedIn Pinterest WhatsApp Share via Email Print
Yiannis Misirlis is a founding Director of the Imperio Group, one of Cyprus’ renowned luxury property developers. He is also Deputy Chairman of the Land and Building Developers Association of Cyprus, board member of both the Limassol Chamber of Commerce & Industry, and the Cyprus Chamber of Commerce & Industry. He is also a member of the Cyprus Scientific and Technical Chamber. Misirlis received a BSc in Civil Engineering, an MSc in Information Technology from University College London and an International MBA from IE Business School in Madrid.

It’s no surprise that the Cypriot economy is growing — fast. Following the financial crisis that lowered investment and put a dent in the real estate sector, the country is revitalising through the motivation of its entrepreneurs and an uptick in foreign investment.

In March this year, residential property sales increased by 23 percent from last year — with sales to foreign buyers accounting for 51 percent of transactions. Investment funds from China, India, Japan, countries across the Middle East, and the UK, are setting up shop in Cyprus. Now, the number of funds and assets under management are hitting record highs.

One Cypriot entrepreneur and business owner — Yiannis Misirlis —  is taking advantage of this opportunity in the market. In fact, he saw this opportunity long ago — in 2004, when he established the Imperio Group, one of Cyprus’s most reputable high-end real estate designers and developers.

“We recognised a gap in the market at the time and an ongoing demand for these kinds of properties,” said Misirlis, explaining that the luxury sector “gap” derived from the fact that all luxury properties in Cyprus used to be beach front properties. It was all about the location, not “the interior or the amenities and exterior architecture,” Misirlis explained. “So we managed to add these elements into the description of a luxury property, and we didn’t target the very high end of the market — we moved a step back behind the front line [the beach], which actually gave us the opportunity to offer these high end properties to the wider public (…) we target the top 20 per cent of market, but not the top two or three percent.” However, Misirlis was quick to add that whilst they are tapping into a gap in the market, they will never compromise on the quality of their designs, or of their constructions.

Over the years, this model proved fruitful, allowing Imperio to expand into the UK and other international markets. In 2013, the group established Lion Global Advisors, to advise international clients on property investments in Cyprus and the main capitals of Europe — from London to Madrid, and across to Amsterdam.

A portion of the international sales stems from the fact that foreign investment in Cyprus’ real estate sector is supported by the Golden Visa Programme, through which investors spending at least two million euros in Cyprus can apply for citizenship. However, the government has recently limited the number of citizenship grants to 700 per year. Misirlis is confident this won’t have any real impact on the real estate sector because “the dependency on this scheme is only around 15 percent, and as we expect the number of annual sales to increase, the dependency will become even lower.”

So, Imperio continues to place unique emphasis on international buyers and operations. The group has an international team that travels the world every month, bringing back information on the international landscape. “We are also lucky to be able to get serious feedback and comments from our international network,” noted Misirlis. “So, by studying the requirements of these sophisticated property buyers from foreign countries, we are able to adapt to them.” Misirlis also pointed out that Imperio employs people from all over the world, giving the group an edge on cultural understanding.

Regardless of his success, Misirlis remains deeply committed to his country and, in particular, to his hometown — Limassol, where he sits on the Board of Directors of the Limassol Chamber of Commerce & Industry. Imperio’s latest project in the coastal city is the Icon — a 21-story residential building that, according to Misirlis, “will define the skyline of the city for decades to come”, with the 10th and 11th floors offering an open space, for visitors to enjoy panoramic views of the Mediterranean Sea. Located only 200 metres away from the coastline, Misirlis added that “every property in the Tower will have unobstructed sea views, not only of the sea, but of the whole coast line of Limassol”

Some citizens are not as pleased with the prospect of a high-rise buildings towering over them, citing concerns over the dubious aesthetics of skyscrapers, the obstruction to sea views for other shorter homes, and a lack of a general plan for Limassol and its high-rises. But Misirlis says the benefits outweigh the costs.

“You have the opportunity to restrict the size of the building by going up in height, and that gives you the opportunity to give more public spaces on the ground floor, like green areas and public squares. At the same time, this kind of development solves a chronic problem of Limassol, which is the parking issue. Each of these developments provides a huge number of parking spaces dedicated for public use,” Misirlis explained, while also noting that “the vision of Limassol is not to become a city like Dubai.”

Still, some high-rises are necessary, according to Misirlis, because the demand is there — so the buildings must either go up or out. This demand for real estate is providing additional benefits to the Cypriot economy. It is creating more jobs — Cypriot unemployment was down to 8.6 percent in April 2018, the largest decrease in the European Union. It is attracting tourists, creating a huge tourism sector that includes new restaurants, bars, and casinos — tourist arrivals in January-April 2018 were 19.5 percent higher than last year, outnumbering the total number of arrivals ever recorded in Cyprus during the first four months of the year. Maybe, most importantly, it is raising Cyprus’ international profile.  At the World Economic Forum in Davos this year, Cyprus was highlighted as ranking 64th in the Forum’s Global Competitiveness Index 2017-2018 (that’s up 19 places compared to the previous report and out of 137 countries).

“Because we are increasing the sales volume, the real estate market is again becoming a very serious player, a very important pillar for the economy; and the Cypriot economy has shown time and time again that it can rely on the real estate sector being one of its important contributors,” said Misirlis.

Cypriot GDP increased by 3.4 percent in 2017, and the economy is currently one of the best performing in all of Europe. S&P upgraded the country’s sovereign credit rating back to investment grade in September, this year. “The main factor that affects the demand in real estate is the trust in the economy of Cyprus”, stated Misirlis, “and being one of the best performing economies in Europe is a very important factor.” he concluded. 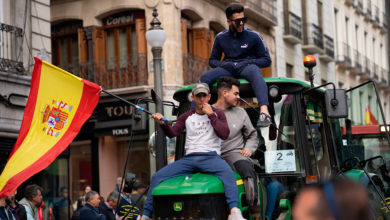