In 2013, Cyprus began offering an intriguing programme for those seeking to obtain a European passport – invest 2 million euros or more into the country, and be fast-tracked to citizenship. Though participating is not in and of itself a guarantee for residency, a number of people have taken the government up on the offer, and Cyprus has been happy to use its investment to boost the island-nation’s financial, real estate, and tourism sectors.

Now, however, it seems as though the “golden passport” programme may be coming to an premature end, should recent criteria fail to rescue the initiative. A total of 26 individuals are set to be stripped of their Cypriot citizenship altogether, comprising of nine Russians, eight Cambodians, five Chinese, two Kenyans, one Iranian, and one Malaysian – most of them linked to nine specific investment projects.

“Mistakes were made”, admitted Cypriot Financial Minister Harris Georgiades. “We have to acknowledge that in the early years mistakes were made. Isolated albeit, but not insignificant”, he told a business conference in Nicosia. “Substantive corrective measures related to the programme have come into effect since the beginning of this year.”

The momentous decision comes on the heels of a Cypriot probe into the initiative, following a bombshell Reuters investigation published last month that revealed how wealthy allies and family members of Cambodian Prime Minister Hun Sen have been buying foreign citizenship, with eight members of his inner circle receiving Cypriot passports. This was part of a larger scheme by Hu Sen, who has ruled the country as prime minister since 1985, to stash and amass wealth abroad. His authoritarian regime is regularly accused of corruption and violation of human rights; contentious election results in 2013 caused violence and unrest in the country, which led to Sen banning the opposition in 2017.

Reuters correspondent Andrew R.C. Marshall noted that “The story really began with photos on Instagram and Facebook… These not only showed that the family of Hun Sen, Cambodia’s prime minister, led very expensive lifestyles, but also helped us locate some of the properties they owned. We had heard rumours that some of Hun Sen’s relatives and allies had second passports, and so we travelled to Cyprus and Cambodia to get the data and documentation that proved it.” In contrast, many Cambodians live on less than three euros a day.

Soon after the Reuters report broke, local Cypriot paper Politis also released a landmark account on other beneficiaries who took advantage of the programme, including Malaysian businessman Low Taek Jho. Politis first published a photo of Low’s passport on November 3rd, prompting investigations into his activities by both Cyprus and Malaysia’s authorities. Low Taek Jho stands accused of masterminding the 1MDB scandal that saw more than 4 billion euros misappropriated from the Malaysian state investment fund – some of which was used to get a Cypriot passport. Though he denies any wrongdoing, Cyprus is refusing to take any chances and is revoking his passport anyway. Low recently struck a deal with the US Justice Department to return almost 1 billion euros worth of assets to resolve forfeiture cases linked to him. His current location is unknown.

Cyprus’ Orthodox Christian Church, a beneficiary of Low’s investments, has promised to return the funds obtained if investigations find that he broke eligibility rules.

“The Council of Ministers today affirmed the will of the government for strict adherence to the terms and conditions of the Cyprus investment programme”, Cypriot Interior Minister Constantinos Petrides told reporters, after a four-hour cabinet meeting about the issue.

“If there were nine investment cases, concerning 26 people, among 4,000 applications, it is logical that some would be problematic when controls weren’t strict”, Petrides added. “There were mistakes — it was a mistake not to have criteria, for instance, for high-risk persons.”

How the Programme Works

It’s not enough for someone to simply move 2 million euros into Cyprus – it is required that at least 500,000 euros worth of that sum be permanently invested in Cypriot property, while the remainder can be shared between companies or other assets, and does not need to be permanent. It is also not necessary for the applicant to live in Cyprus.

Some Cypriots believe that this foreigner-fuelled property boom has contributed to harming the environment and inflating the luxury housing market. The European Commission has warned that “golden passports” could help organised, trans-national crime rings infiltrate Europe via Cyprus, raising the spectre of money laundering, corruption, and tax evasion on the island nation.

Cyprus’ real estate and construction sectors experienced a bank-financed boom from 2003 to 2008, which ultimately contributed to the financial crisis in 2012 and 2013. From 2014 and onwards, recovery in this sector has mostly been due to the investment that came through the golden passport programme. With those sales currently in decline, the construction sector could once again suffer losses; this would contribute to making home affordability increasingly out of reach for average Cypriots while luxury developments stand vacant, writes Leslie G. Manison, a former senior economist at the IMF and ex-advisor in the Cyprus Finance Ministry for the Cyprus Mail.

Local backlash led the government to tweak the programme. Since May, applicants are required to house a majority of their investment in Cyprus for five years instead of only three, and 150,000 euros must also be paid to state agencies whose job it is to make buying a home more accessible and affordable for Cypriots.

Advertising the scheme is banned, and as of February 2019 the initiative has five different due-diligence layers, compared to just one when the programme was first unveiled six years ago.

Cyprus has also introduced eleven new categories of “high-risk individuals excluded from applying” to get ahead of abuse of the system. One such category is “politically exposed persons (PEPs)” – that is, any holders’ of public office, who are considered a corruption risk precisely because of their prominence and influence. Also excluded is anyone previously convicted or under investigation in their own country, anyone linked to an illegal entity such as a crime ring or terrorist group, or anyone under international sanctions.

But some say these changes are not enough, and that the government needs to be more transparent about who is applying for these passports, and where the money they invested is actually going. Funds in Cyprus can be hard to track, since business and property databases are often out of date, incomplete, or inaccessible to the public.

Main opposition party, AKEL, has urged the government to “come clean” over the golden passport scheme, which they allege has tarnished Cyprus’ reputation.

While many of the people applying for these passports are part of the Cambodian political elite, they aren’t the only ones. Russian nationals make up a significant portion of applicants, and Chinese nationals are getting in on the initiative too.

Is France Replacing Germany as Europe's Main Engine of Growth? 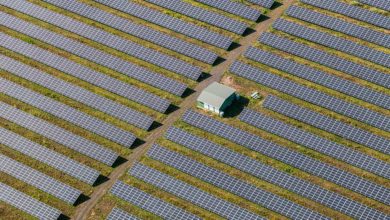