“It is necessary to meet the long-term temperature goals of the Paris Agreement,” said Cañete, adding, “It is possible with current technologies and those close to deployment.”

The new strategy establishes seven building blocks for the next three decades. Ranging from energy efficiency measures, to developing zero-emission buildings, using more renewable energy sources. These could all be turned into binding targets in the future; but for now, the EU is abiding by its current 2030 goal of cutting emissions by at least 40 percent, while working toward net-zero emissions in a non-binding fashion. Still, by the end of the year, EU member states are supposed to submit their own draft national climate and energy plans, which should take into account this latest strategy.

Already, 10 EU countries have explicitly shown their eagerness to work toward this goal. Denmark, Finland, Sweden, the Netherlands, Luxembourg, Slovenia, Portugal, Spain, Italy, and France, co-signed a joint letter to Cañete prior to his announcement, calling for “a clear direction towards net-zero GHG emissions in the EU by 2050. …  followed by negative emissions thereafter.”

The signatories — the energy and environment ministers of these 10 countries — cited the Intergovernmental Panel on Climate Change report from October, as the impetus for global warming to be limited even more rapidly than originally thought necessary. “The IPCC special report on 1.5°C has shown the importance of limiting global warming to 1.5°C, to avoid increased climate-related risks, as well as highlighted the urgency to increase our efforts to reduce greenhouse gas (GHG) emissions,” the ministers wrote. Limiting warming to 2°C had been the original benchmark thought necessary to prevent catastrophic consequences.

In November, 13 federal agencies in the US released a major scientific report, showing the starkest warnings to date of the consequences of climate change. “The evidence of human-caused climate change is overwhelming, and continues to strengthen, [and] the impacts of climate change are intensifying … but how much they intensify will depend on actions taken to reduce global greenhouse gas emissions, and to adapt to the risks from climate change now and in the coming decades,” the report states.

Although the report is US-focused, it comes at a time when the US administration has rejected climate change findings, and the need to move to cleaner energy resources. In light of this, the EU has taken the lead.

France, in particular, has been an exemplar in transitioning the country’s energy mix in order to reduce GHG emissions. In a speech last week on the topic, President Emmanuel Macron pledged to allocate 7 to 8 billion euros to support renewable energies, up from 5 billion euros in the current budget.

However, the French president has faced pushback against his clean policies — in particular, the eco-minded fuel-tax hikes, which tax gas and diesel in an effort to minimise the country’s reliance on fossil fuels. French drivers wearing yellow vests, began protesting around November 17, and have continued to fight against the new taxes. In his speech on Tuesday, Macron acknowledged the protestors’ anger but restated that the transition to more environmentally friendly resources is vital.

Other EU countries — especially in Southern Europe, where they can utilise solar power as an abundant and relatively inexpensive alternative to fossil fuels — agree with the necessity and the urgency of cleaner energy policies.

Spain recently announced it will close most of its coal mines by the end of this year (coal is one of the most carbon-emitting fossil fuels).  The country last month approved a Royal Decree-Law containing a number of clean energy policies, including the elimination of the “sun tax”, which had charged residential solar panel owners for being connected to the electricity grid.

Portugal is building more and more solar power plants, complementing its use of hydro and wind power in its clean energy strategy. Italy, like Spain, is planning on eliminating coal usage in electricity generation, albeit only for that one sector, and on a longer timeframe — by 2025.

This week, representatives from nearly 200 countries are convening in Poland for an annual United Nations conference on addressing climate change. Envoys at the meeting will aim to create a rule-book for implementing the Paris Climate Agreement, signed in 2015 by 195 nations. The EU’s latest announcement on net-zero emissions is sure to be a boon to those countries wanting to take serious and drastic steps to combat climate change — and create a better and more stable future. 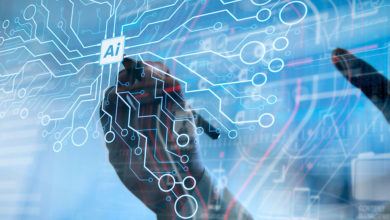