The European Union (EU) and the League of Arab States (LAS), held their first-ever summit on Sunday and Monday in Sharm El-Sheikh, Egypt. Both sides agreed that the heads of state meeting — intended to deepen cooperation on a plethora of regional issues — was a success, though tensions within each respective region and between the two remain.

“Peace and security in our times are strictly linked and can only be achieved when we invest in cooperation, rather than confrontation. There is no other way to advance our common interests, and I am convinced this is what brings us here today, for the first, I hope, of many successful and fruitful summits,” said the EU’s High Representative for Foreign Affairs and Security Policy, Federica Mogherini, at the start of the summit.

Indeed, the two regional blocs agreed to another summit in Brussels in 2022, and said they would hold regular meetings subsequently, alternating between Arab and European states.

The discussions at this week’s summit ranged from terrorism to climate change to economic development — and a number of specific agreements were made at the end of the talks on Monday evening, outlined in a 17-point summit declaration.

Regional conflicts — including those in Syria, Libya, and Yemen — were addressed in terms of the need for peaceful resolutions in line with UN-led processes. On Yemen, both sides welcomed the Stockholm agreement between the Yemeni government and Houthi rebels, and the ceasefire for the port city of Hodeidah. On Libya, the sides supported UN efforts for peace, and the implementation of the Libyan Political Agreement of 2015.

On Syria, the sides declared, “we believe that any sustainable solution requires a genuine political transition in line with the 2012 Geneva communique, and the relevant UNSC [United Nations Security Council] resolution”.  However, Syria has been a tension-point, as many Arab states seem to be leaning toward welcoming Syria back into the LAS — when and if President Bashar al-Assad consolidates power. The group expelled Syria in 2011, over the Syrian government’s violent response to opposition dissent. European states by and large do not want an Assad-led Syria readmitted.

Summit attendees also discussed the conflict between Israel and Palestine, and reiterated commitment to a two-state solution.

Beyond specific regional conflicts, the EU and the LAS discussed terrorist threats, and agreed to enhance coordination and cooperation on combating the root causes of terrorism. They expressed the desire to deepen economic cooperation, especially by empowering women and youth. And they agreed to work together to tackle global challenges, including migration and climate change, as outlined in the Paris Agreement.

Climate change was a major talking point for Cypriot President Nicos Anastasiades, the leader of a small island nation severely affected by climate change’s negative impacts. He introduced a regional proposal to undertake an international initiative, on fighting climate change, and to coordinate Eastern Mediterranean and Middle East efforts on ameliorating climate change and its impacts.

“We are ready to take this vision forward, with the development of a regional Action Plan, which will be subsequently adopted in an International Conference, for recording and mitigating climate change, in sectors such as the environment, agriculture, tourism and health,” he said.

But beyond this action plan, and the broad position agreements on regional conflicts, terrorism, and economic cooperation, little was accomplished with regards to the actual implementation of next steps — apart from the confirmation of another summit.

“I am sure you will all agree with me on the fact that this summit’s success is not only measured by the great discussions held therein, but also by the extent to which this successful summit becomes a new milestone for the deepening of the historical relations between the European and Arab regions,” said Egyptian President, Abdel Fattah El-Sisi.

Only time will tell whether real progress is made beyond the summit. A number of divisive factors are working against cooperation, including whether Syria is readmitted to the LAS. Sudan’s President Omar al-Bashir, who is wanted by the International Criminal Court for war crimes, didn’t show up for the summit due to protests at home. Arab countries have shown growing acceptance of Bashir, while European countries do not support him. Some EU leaders also did not attend the summit — from France, Spain, Latvia, and Lithuania. And while the summit was centered on European-Arab cooperation, the looming British withdrawal from the EU, used up a significant amount of British Prime Minister Theresa May’s time — as she met with various European leaders to discuss Brexit.

Even with instability at home and abroad, the two regions are making a serious attempt to work together — probably in some ways because of that instability.

“I would like us, together, to defend the fundamental values of respect for human rights and tolerance. Our common history, and our geographical proximity, calls for us to work together,” said European Commission President, Jean-Claude Juncker, at the summit’s opening session.

“Combined, the Member States of the League of Arab States and the European Union, account for 12% of the world’s population. What we can do together, to ensure the stability of our regions and beyond, weighs much more than our demographic weight.” 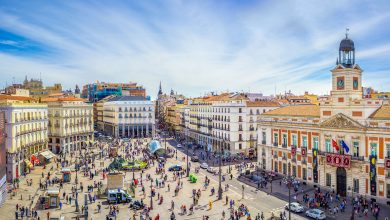