August of this year marked 10 years since Airbnb was created. This unconventional accommodation enterprise was started by three men in their twenties that wanted to offer people a unique experience of meeting strangers by sharing the same roof with them. In fact, the air of Airbnb was referring to the use of blowup mattresses for guests.

One decade later, the company has expanded to gargantuan proportions, both financially and geographically. It is present in more than 190 countries with 150 million registered users. On New Year’s Eve 2017, the company hit a record of more than three million Airbnb homes filled in a single night – that’s 75 percent of its entire global listings.

While it certainly falls into the category of a start-up success story, the indirect affects that Airbnb’s success is having on several of Europe’s most prominent cities is worrying, to say the least. Just as every negative investment has its silver lining, every winning business success story has its losers. The European Commission is advocating that the losers in Airbnb’s success are actually its customers.

Back in July, EU Justice Commissioner Věra Jourová called out the trendy booking platform, saying,  “popularity cannot be an excuse for not complying with EU consumer rules. Consumers must easily understand what for and how much they are expected to pay”.

The EU Commission gave Airbnb until the end of August to change what it feels are several breaches to EU consumer laws, specifically around current online pricing presentation, clarification of what the EU deems illegal terms, and other unfair commercial practices. Airbnb offered an official response in defence of its platform as-is, “Guests are made aware of all fees, including service charges and taxes, prior to confirming their decision to book a listing”. While the company said, “We will work together with the authorities to clarify the points raised”, they didn’t make any promises to alter the site’s current layout or the company’s terms.

And in fact, the end of August has come and gone and no news has been published at the time of printing on any alterations implemented to Airbnb’s website or terms as a result of the EU Commission’s requests, which could result in enforcement action on the part of the latter party.

Unfortunately, the San Francisco-based firm is also getting heat from other parts of Europe, especially those cities where it is turning over the most profit. Just last week, the head of housing at Paris City Hall, Ian Brossat, reported that fines for this year in illegal online rentals have reached nearly 1.4 million euros, already beating last year’s total. France, the world’s number one tourist destination in the world, has become inundated with Airbnb hosts, particularly in Paris. Both public servants and residents lament that the company’s rampant activity in the capital – 60,000 homes on offer – is eating up the city’s housing stock, driving up rents for Parisians, and changing the entire dynamic of residential communities that are filled to the gills with tourists. “One residence out of every four no longer houses Parisians”, said Brossat.

It’s a similar story in Barcelona, where Airbnb holds nearly 20 percent of the market share for rental accommodations. The city council fined the company 600,000 euros for advertising unlicensed flats on its platform. In fact, Barcelona is struggling so much with unlicensed rentals that it has increased its enforcement squad five-fold within the past year to crack down on 7,000 flats (out of 16,000 total) that are operating without licenses on Airbnb’s site. Similar complaints are coming from residents in Valencia, as well as Amsterdam, Berlin, and a host of popular European cities; Over-tourism, exacerbated by Airbnb’s ever-growing presence, is making the cities themselves unaffordable for everyday residents.

Amsterdam authorities have already limited the number of nights residents can rent their homes to 60 per year, but they are halving that number in 2019. Berlin and London have capped short-term rentals at 90 days for residents, while Paris is at 120 days. Barcelona is requiring all flat owners to register for Airbnb and provide information on their renters or risk a penalty of 600,000 euros. Spain’s Palma de Mallorca of the Balearic Islands has banned nearly all short-term rentals of private homes, after complaints from residents quadrupled from 2013 to 2017.

Sliding Severities: From Disruptive to Illegal

The biggest problem is that most of these major metropolises have housing regulations that are not being respected when residents rent out their places on Airbnb without registering to accommodate short-term rentals.  This makes hundreds of thousands of listings on Airbnb’s site illegal, despite being advertised, and makes Airbnb more than just guilty by association.

As recently as this spring, the City of Paris highlighted that despite sending “many reminders” to the accommodation platform, still 84 percent of Airbnb’s listing for the capital city are considered illegal under December 2017 implemented law. In Spain’s Balearic Islands, the local government implemented a law at the start of the year to fine any rental service 300,000 euros for advertising unregistered homes on its website, Airbnb being the biggest culprit on the islands.

Can the Pros outweigh the Cons?

When faced with complaints of creating “open air museums” in Europe by funnelling tourists by the millions, the company has retorted that its dispersed locations across these cities more evenly distributes tourists’ dwellings. The company also says that the opportunity it gives hosts to rent out their property more evenly distributes the wealth across the local economy, especially given that Airbnb residents stay longer than the average hotel guest.

Unfortunately, the numbers show otherwise, at least for the majority of cities with Airbnb operations in Europe. “Our research shows that the great majority of the properties on offer are owned by a small number of people”, said Daniel Pardo of Spain’s Neighbourhood Association for Sustainable Tourism, or Assemblea de Barris per un Turisme Sostenible.

“At the end, this story is just a numbers problem”, says Jonathan Tourtellot, the founder of nonprofit group Sustainable Stewardship Center, which promotes sustainable tourism. He told the New York Times that in 1960, when it first became possible for the average person to jet set around the world, there were roughly 25 million international trips taken. Nearly 60 years later, the number sits at around 1.3 billion. While tourist numbers continue to climb and profits are made from dozens of different actors in the tourism industry, the cities themselves remain the same size. It’s a ratio that Europe knows will not be sustainable for long. 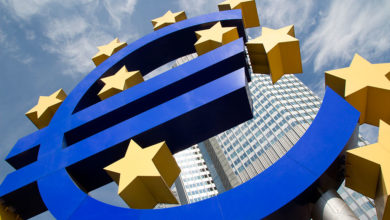 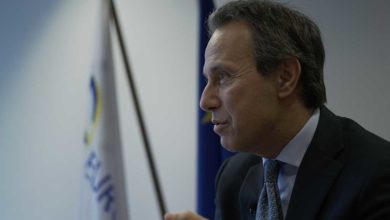