With the October 31st  deadline fast-approaching, and political chaos engulfing the UK in the shape of a maverick administration and a suspended parliament, the striking unity of the EU side of Brexit negotiations is a polar opposite. With London seeking to increase pressure on Dublin to scrap the ‘backstop’ arrangement, viewed as fundamental by the EU 27 to secure peace and stability on the island of Ireland, the rhetoric on the EU side in support of retaining the backstop arrangement has been unequivocal.

On his visit to Paris at the end of September, Irish Foreign Minister Simon Coveney was greeted by French Prime Minister Edouard Philippe, with Coveney having told the French premier that he was conscious that Irish specific issues were “preventing a deal between the UK and EU”, adding that “Ireland doesn’t want to be the problem here”.  Philippe reportedly cut in, saying; “Listen, you don’t have to worry about this. This is not an Irish problem. It’s an EU problem and we are in it together.” Speaking to the media, Coveney highlighted that the “solidarity is very strong, absolutely 100 percent. Unless the British Government changes its approach here we are heading for a no-deal; and I think that is accepted in France”.

No country has as much to lose in terms of a no-deal Brexit as Ireland, but the Dublin administration has remained resolute in terms of presenting a united EU front and not being pressured by London into making any side deals which could compromise the Bloc’s position. It has also been working hard to forge stronger ties with its nearest continental neighbour – France – that for its part also sees value in increasing ties with Ireland’s high-tech, high-value global economy.

Ireland and France are both currently applying for 750 million euros in funding toward a 1 billion euro high-voltage, subsea electricity cable project between the two countries, which is seen by Dublin as a major stepping stone for energy security, while assisting in the drive toward a low-carbon economy. The project could provide enough power for 500,000 homes. Speaking at the announcement of the project earlier in the summer, Francois De Rugy, the former French Energy Minister, said that the project was “a landmark for French-Irish cooperation, the European Energy Market and for its transition to low carbon energy”.

The Celtic Interconnector aims to connect the electricity grids of France and Ireland. Copyright: EirGrid1 / Youtube.com

The importance with which Ireland views its relationship with France is underpinned by a major foreign policy strategy entirely focused on developing Irish-French relations in diplomatic, cultural and business circles. Under the plan, entitled ‘Together in Spirit and Action´, Ireland will increase its diplomatic presence in France with the opening of additional consuls in Toulouse, Rennes, Bordeaux and Lille, while a new cultural office will be established at the Irish embassy in Paris.

France is Ireland’s sixth largest importer and also Ireland’s sixth largest export partner, with Irish firms hoping to increase food and drink exports to 1 billion euros in value. There are over 400 Irish firms active in France and more than 23,000 people employed in Irish-owned companies in France. In a sign of deeper cooperation, Ireland was recently granted observer status at the 84-country strong Organisation Internationale de Francophonie, which promotes French linguistic ties. The Franco-Irish Chamber of Commerce represents more than 170 French companies operating in Ireland with tourism between the two nations remaining a keen source of focus.

Of course, the relationship is not without its issues. Most recently the French tax probe into Google exploiting tax laws in Ireland to avoid liabilities in other EU nations led to the tech giant footing a 1 billion euro bill. Ireland’s low corporate tax rate has also long been in the crosshairs of Paris, who believe it gives the island nation an unfair advantage in terms of foreign investment, although other EU nations, such as Bulgaria, have an even lower rate of corporate tax.

Sceptics believe that Paris may use its support for Ireland in the Brexit negotiations as leverage to force a change to this rate. And yet, its corporate rate tax is an area which Dublin has long declared sacrosanct and, with so much uncertainty looming, they are highly unlikely to cede ground.

These issues notwithstanding, Franco-Irish relations remain very strong. Writing in the Irish diplomatic strategy on France, Foreign Minister Simon Coveney said; “As we prepare for the first departure of a member state from our union, our relationship with France – our nearest EU neighbour after Brexit – becomes ever more important. As the second largest member state and a founding member, France continues to play a formative role in the EU’s institutions and policies. The views of Paris are of crucial importance to Ireland and our engagement with France on European issues can have a real bearing on the lives and prosperity of our citizens.” 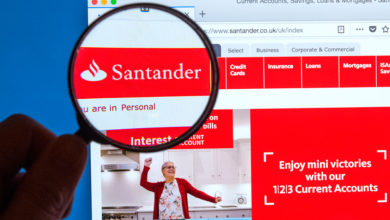