French president Emmanuel Macron closed out 2017 with an official announcement of the country’s ban on all extraction of fossil fuels by the year 2040. This move represents a new level of commitment on a global scale, as France becomes the first country in the world to put an end-date on its production of conventional energy fuels.

Statistically speaking, this move was easier for France than for many other regional players, given that the country’s annual production of domestic fossil fuels is minuscule. In fact, it’s less than what Saudi Arabia produces in just a few hours. And yet, despite the small numerical change, the gesture is large, especially within the context of the country’s increased efforts to combat climate change. This decision comes on the heels of several environmentally conscious announcements coming from Paris, including the decision to shut down all coal power plants by 2023, Macron’s sign-off on the ban of petrol and diesel cars by 2040, and the French government’s donation of $70 million worth of grants to support US climate change scientists. This latest announcement to ban all fracking and fossil fuel extraction continues to push the EU bloc forward as a global leader in combating global warming through concrete laws and tangible action.

The move is undoubtedly a step in the right direction, directly moving France away from pollutant energy and indirectly towards the increased consumption of renewables. However, the country is in particular need of direct action to increase its domestic renewable energy production. It is still in the bottom half of EU countries when it comes to meeting its committed 2020 renewable energy consumption rate of 23 percent. The biggest reason for this is the country’s massive reliance on nuclear energy. Not only do French residents derive 75 percent of their electricity from nuclear power, that same power has allowed the country to serve as the world’s largest net exporter of electricity which generates more than 3 million Euros per year. In an effort to increase its ratio of renewable energy generation, the French government had originally committed to reducing the country’s dependence on nuclear energy for electricity production from 75 percent to 50 percent by 2025. However, the country’s environment minister recently announced in November of 2017 that the target was overly ambitious due to which numbers would be hit closer to the 2030-2035 period.

Given that nuclear energy generation produces zero-emissions, and this is an aspect of energy production the country wants to maintain, Macron’s recent announcements to end all fossil fuel extraction means renewables will be the last energy source standing to fill the country’s energy needs. This inevitability of an increase in green energy production will help France to achieve its EU 2020 targets, which it’s currently struggling to reach. According to the most recent review by the International Energy Association on France’s energy portfolio, the country derives less than 10 percent (2015 data) of it’s energy from renewables, the bulk of which comes from biofuels and hydro power. The numbers show that while France is heading in the right direction, Macron’s administration will need to do more to nudge the country towards larger green energy production to meet regional binding targets. 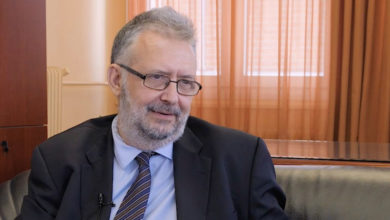