France, under the guidance of President Emmanuel Macron, is positioning itself to be a major leader in artificial intelligence (AI), an industry that has massive economic growth potential. The combination of country and sector is beckoning some of the industry’s biggest players to Paris with investments of unprecedented size.

The biggest push for an increase in AI is its compelling financial potential the world over.  Artificial intelligence is estimated to drive GDP gains of $15.7 trillion (circa €12.7 trillion) worldwide by 2030, according to consulting and auditing firm PricewaterhouseCoopers (PwC). These gains will come from both labour productivity improvements and increased consumer demand. This makes artificial intelligence the biggest commercial opportunity in today’s economy, and Europe has a lot to gain. PwC estimates that northern Europe will gain about €1.5 trillion from AI – nearly 10 percent of GDP – by 2030, while southern Europe will gain 11.5 percent of GDP, roughly €0.6 trillion.

France’s new national strategy on AI, released at the end of January, lists its top priority: “to identify and bring together actors in order to foster the structuring of a fully-rounded French industrial sector.” Some of those actors are big tech companies that have recently pledged to invest more in AI development on French territory.

Google, for example, is launching an AI lab in Paris, which will be made up of around 120 engineers, to do fundamental research on things like automatic learning, language, and a computer’s ability to see. The aim is to apply the findings across several fields, from health to the environment. “France has all the assets to succeed. It has top engineers, great entrepreneurs, one of the best education systems in the world, great infrastructure, and successful global companies,” Google Chief Executive Officer Sundar Pichai wrote in a Google blog post in January. “Studies suggest that if France fully seized its digital potential, it could earn up to 10 percent of GDP from digital technology by 2025, creating 200-250 billion euros’ worth of additional value per year,” he added. The company’s CEO also reaffirmed plans to increase the number of employees at Google’s Paris headquarters to 1,000, up from 700 today.

However, there are a few regulatory risks for big companies wanting to get involved in France’s AI ecosystem. President Macron has recently toughened his stance on taxation when it comes to technology companies working in France. Google itself has experienced trouble of this kind. The company faced a giant $1.3 billion fine (circa €1 billion) for tax noncompliance in recent years – although a Paris court canceled the fine in July 2017.

The country’s new Law for a Digital Republic, which expands the rights of users and regulators in France and creates new obligations for data controllers and online service providers, could also pose risks to big tech firms wanting to enter the market.

But many companies remain unperturbed. Facebook recently announced it will double the number of scientists working at its AI research centre in Paris to about 60 people. The centre has been around since 2015 and is Facebook’s only AI research centre outside of the United States. The company also said it would invest €10 million to increase the number of AI doctoral scholarships it offers in France (from 10 to 40) and provide servers and data to French public institutions. The investments will take place over the next five years.

“We believe in France’s potential to be a leader in AI and want to contribute to the resources necessary to accelerate research in France,” Facebook’s director of AI research in Paris, Antoine Bordes, said.

Also in January, the UK and France said they would join forces on AI to support deeper integration of their digital economies. A digital conference between the two will take place this year “to help both countries seize the economic and social benefits of fast-developing tech such as AI…and will bring together experts on data, cyber security, digital government and digital skills to share their knowledge,” said the UK’s Digital, Culture, Media and Sport Secretary Matt Hancock.

All of this collaboration and investment is strengthened by France’s domestic AI scene, a robust industry with startups like Angus.AI, Asgard.AI, and Craft.AI, the last of which has raised nearly €1 million in funding since its founding in 2015.

In 2017, France’s economy posted its highest growth rates in a decade, increasing by 2.4 percent in Q4 compared with 2016. Many, including President Macron, are betting on this trend to continue thanks to an increased focus on the digital economy, with AI at the helm of technological change. 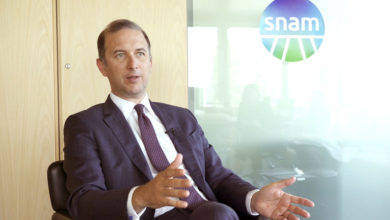 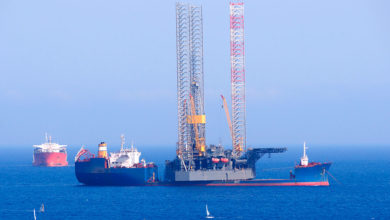