It has been a bloody start to the year for Mali.

On January 26th, over twenty Malian soldiers were killed in a coordinated pre-dawn assault on an army camp in Sokolo. This comes after 24 others on patrol were killed in a militant attack last November, in a region near the Niger border.

The government is seeking to spearhead a major recruitment drive to boost the nation’s 18,000-soldier army by almost 50 percent. But for now, Malian forces are dependent on an EU and UN training mission and remain considerably unprepared for the ferocious fighting occurring in the lawless north of the country.

Along with Burkina Faso, Niger, Mauritania, and Chad, Mali is part of the G5 Sahel Force – an international coalition that seeks to deter the prevalence of the Islamic State and other terrorist groups in the region. Much of the fighting there is shouldered by the French-led Operation Barkhane, but consists of support from the UK, the US, Canada, Estonia, Denmark, and the Czech Republic. The French form the vast majority of the 5,000-plus force, which was recently boosted by the addition of 600 extra troops. The end of 2019 and beginning of 2020 has seen intense fighting for these soldiers, who have battled against extremist groups for the last seven years.

On January 10th, a French Special Forces operation in the northern Mopti province “put three terrorists, including a logistics officer, out of action”, a press release from the French Defence Ministry said.

“In recent weeks, Barkhane has stepped up the pressure on armed terrorist groups, in the Tri-border area and beyond, through several one-off operations”, hitting terrorists hard and “challenging their freedom of action and limiting their capacity to cause harm”, continued the statement.

Then, between January 14th and 15th, an aerial assault by French helicopters was followed by fierce fighting and several skirmishes. Special forces were supported by helicopter gunships, drones and an airstrike, and around 30 “jihadists were put out of action”, with a large amount of collateral intelligence and weaponry captured.

Despite these successes, French troops and Malian multinational forces in the accompanying African, UN, and EU missions, still face significant challenges. Mali and its fellow G5 Sahel nations find themselves economically, politically, and militarily weak; aside from Nigeria, France’s operation is the only significant deterrent for jihadists in the Sahel.

Meanwhile, the French aim to put an international EU special forces coalition in place by October – codename Takuba – in order to carry the fight forward. Estonia is the first European nation to sign up for this new force; there is also hope of securing contributions from Belgium and the Czech Republic, with possible assistance from Finland, Norway, and Sweden.

Scale of the Challenge

Extremist violence in the region has doubled every year since 2015, and fighters cross national borders with impunity – creating a culture of racketeering and fear in smaller villages, towns, and cities.

While France has doubled down on its commitment to Mali through the bolstering of Operation Barkhane, the United States has been decidedly non-committal in even continuing with the vital support it provides. Approximately 800 American troops are currently stationed in the region, predominantly at an airbase in Niger. But with more than 200,000 soldiers overseas in total, the size of this deployment is modest.

While the numbers of personnel may be small, the assistance from the US is viewed by the French as particularly essential, with Americans providing logistics, surveillance, reconnaissance, and intelligence support, and facilitating unique aspects such as air to air refuelling, so that long range patrols can continue to operate in the Sahel. “If the Americans decided to pull out of Africa, it would be very bad news for us, absolutely”, said French President Emmanuel Macron.

“I hope that I can convince President Trump that the fight against terrorism, a fight that he is fully committed to, is at stake out in this region”, Macron said at a summit of G5 Sahel leaders in the French city of Pau.

The Importance of Staying and the Price of Leaving

France’s commitment to the G5 Sahel countries is viewed as existential to their survival in the face of the ongoing jihadist threat. According to the head of the French Armed Forces, General Francois Lecointre, the G5 nations would likely collapse without Operation Barkhane.

Nevertheless, this has not meant that the European country’s presence in the region is completely accepted. Riots have taken place in the relatively stable capital of Bamako, with some Malian citizens demanding that these troops be pulled out of the country. As a former colonial power in Africa, France expects some level of resistance to its significant military presence – but many of those in protest may find themselves with more to lose should jihadists reassert control following an international withdrawal.

At the G5 summit, Macron reminded leaders that his troops would only stay in the region if they were wanted. “I can’t have French troops on the ground in the Sahel when there is ambiguity toward anti-French movements and sometimes comments made by politicians and ministers”, he said in December 2019.

So far fifteen French soldiers have been killed in Mali, but public support for deployment there remains strong, with many concerned for what mass migration and terrorism implications could mean for Europe following any type of disorganised withdrawal from the Sahel.

Whatever the concerns of regional politicians or military personnel, they pale in comparison to the horror experienced by civilians in the face of the jihadist threat. A Human Rights Watch report on the region documented the recent killing of more than 250 people within the last nine months in Burkina Faso, including several dozen in a camp in Arbinda, where one witness survived by hiding behind a clay stove as 22 of her neighbours were killed.

“Two terrorists opened my door but didn’t see me. Then they entered my neighbour’s hut, killing her”, she said according to the report. “They argued about whether to kill her baby…but eventually shot him.”

In order to combat violence, Malian President Ibrahim Boubacar Keita announced in an interview last week that he is willing to speak with jihadists to explore possible peace options. “I have a duty and a mission today to create all possible spaces and to do everything possible so that, by one means or another, some kind of appeasement can be achieved. It’s time certain avenues were explored”, said Keita. 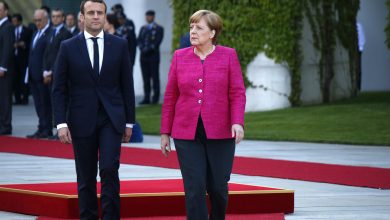