An EU-wide tech tax is still stalled, and tired of waiting it out, France has decided to tax big tech firms on its own.

France’s tax is ultimately derived from a previously proposed tech tax, which has been subject to a series of compromises and stalls. The EU wide law would have set a 3% tax on large internet companies, that had global revenues circa euros 750 million per annum, and taxable EU revenue above euros 50 million per year. However, Ireland, Sweden, the Czech Republic, and Finland especially, stood against such efforts, as they have benefited by allowing multinationals to declare profits in digital sales in their countries, even if those sales were made elsewhere in the EU.

Early in December, France and Germany abandoned earlier plans for the EU to impose a wide-ranging digital tax on tech companies, in favour of a 3% tax on advertising sales that would include Google and Facebook, who make up the majority of the market in Europe, and likely exclude Amazon and Apple. This compromise would only come into force in 2021 if a global solution, which is being worked on by the OECD, is not agreed upon by then. And this tax would be temporary, set to expire in 2025.

However, even in response to this reduced and limited tax, James Watson, director of economics at lobby group Business Europe, said that the EU must not “move against the international consensus”. And because a new tax law requires unanimous consent, it seems progress has been stalled.

“We understand the commission is going to continue looking at these proposals, but it is incredibly important European businesses do not face a harsher burden than competitors elsewhere, in the US for example,” he said.

In the end, it didn’t matter – this narrow tax didn’t pass either, though France and Germany have agreed to levy the narrower version themselves jointly beginning in 2021. U.S. lawmaker, Kevin Brady, chairman of the tax-writing Ways and Means Committee, in the House of Representatives, welcomed the failure of the proposal, saying that the proposed EU-wide tax was a “revenue grab” aimed at an industry dominated by American firms.

“Rather than pursuing measures like this that would result in double taxation,” he said, “countries should continue working together through the OECD framework on the important global dialogue regarding the digital economy”.

The big companies are not keen on the tax, but neither are the little ones. European start-ups have said it would handicap Europe’s expanding tech sector, which struggles in the face of the American and Chinese behemoths. France and Germany responded by narrowing the proposed tax, to include only the larger tech companies, especially advertising-focused companies like Facebook and Google. These changes have not mollified everyone.

Progress with the OECD and the joint Franco-German proposal has been too slow for France, so beginning January 1, France has begun taxing the tech giants on their own – Google, Apple, Facebook, and Amazon, commonly referred to as GAFA. Economy Minister, Bruno Le Maire, estimates this tax would raise euros 500 million in 2019 alone.

“I am giving myself until March to reach a deal on a European tax on the digital giants,” Le Maire told France 2 television. “If the European states do not take their responsibilities on taxing the GAFA, we will do it at a national level in 2019,” he stated.

Speaking on national television, Economy Minister Bruno Le Maire said “The digital giants are the ones who have the money.” The companies “make considerable profits thanks to French consumers, thanks to the French market, and they pay 14 percentage points of tax less than other businesses”.

In addition to taxing direct sales, France will also require the companies to pay a levy on “advertising revenues, websites, and the resale of private data,” Le Maire said, after a meeting with Russia’s economic development minister, Maxim Oreshkin.

According to estimates by the European Commission, most companies pay a 23% tax rate in France, but internet companies only pay 8-9% – or nothing at all. Pressure from the giles jaunes, who were initially motivated by opposition to the fuel tax, that has since included other grievances, has not alleviated once the fuel tax was removed. Now the government has to seek income elsewhere.

Under EU Law, American tech companies like Google and Facebook, can choose to report their income in any member state, resulting in choosing low-tax nations like Ireland, Luxembourg, or the Nordic states, where they have regional headquarters. This law seeks to circumvent this loophole. Ireland and the Nordic states argue that this new tax could lead to American reprisals against European companies, and stoke anger towards the EU in the United States, which sees such taxes as punitive.

Antoine Colonna d’Istria, a Paris-based tax lawyer at the firm Norton Rose Fulbright, said in an interview with FRANCE 24 that “The main risk comes from the US, which could decide on retaliatory measures against a country like France that acts on its own.” In fact, the German press has reported that Berlin’s cold feet  on similar measures, can be explained by its fears of American retaliation against its automotive industry.

Earlier in the year, US President Donald Trump threatened to slam European automakers with a punitive tax, which the European Commission warned would be a “tax on the American people”. This was part of a longer series of complaints in which Trump accused the EU of being “abusive” to the American people.

“The European Union is possibly as bad as China, only smaller,” the US president had said on Fox News. “They send a Mercedes in, we can’t send our cars in,” he claimed.

The EU has a 10% tariff on importing American built cars, while the US has a 2.5% tariff on cars assembled in Europe, and a 25% tariff on European-built vans and pick-up trucks. Trump had promised to slap additional tariffs – a border tax of 35% – onto European car imports into the USA, after the EU retaliated against his new tariffs on steel and aluminum, which sparked fears of a trade war that played havoc with the stock market – and gave Germany cold feet.

France’s new tax does come with its own set of risks. It may not yield the monies expected, as “taxing turnover is not the same as going for the profits,” d’Istria pointed out. And the tax might also discourage innovative tech companies from setting up show in France for fear of being subject to the tax, even though they don’t enjoy the mass profits that Google or Apple generate. This would go directly against Macron’s stated objective of remaking France into an innovative, “start-up nation”.

That doesn’t change the fact that an EU-wide tax is still being mulled over. A spokesman from the EU commission noted that “about a dozen E.U. countries already have, or are considering a form of taxation of digital activities”.

One of those countries is the UK, where officials are discussing a proposal to impose a 2% tax on revenue accrued by social media platforms, search engines, and online marketplaces. Spain is also introducing its own 3% tax on online advertising services, as well as brokering services, and the resale of personal data. Austria has also announced a similar national tax in the works.

But, the spokesman also noted, “the announcement by France does make it even more urgent for the E.U. to agree on a common digital services tax”.

Nor is France’s tax unique; it is only one part of a wider campaign in Europe targeting American tech companies, amidst growing concerns about their undue social influence, as well as concern over their business practices.

Germany has enacted a law that requires Facebook and Twitter to remove flagged hate speech within 24 hours or face fines. France has passed rules that allow judges to order removal of misinformation around elections. Regulators at the European Commission have targeted Google, Apple, and Amazon, for anti-trust violations, resulting in billions of euros in unpaid fines and orders to return unpaid taxes. France has also sued Google for over euros 1 billion in taxes it claims the company has dodged paying on advertising revenue, and the European Commission fined Google euros 2.4 billion last year for abusing its dominant market position.

It seems it is only a matter of time until the continent agrees on exactly how to tax GAFA, and to what degree. Until then, individual countries will go it alone – but France is getting there first. 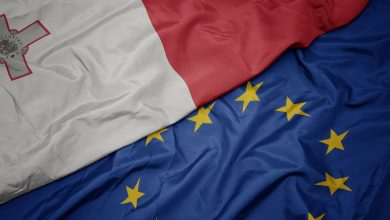