With considerable recent media coverage surrounding the 50th anniversary of the Apollo 11 moon landings, it’s worth remembering that space is not just a frontier for exploration, but is also a significant economic growth sector. In the European context, investment lags behind the significant amounts being spent on private space exploration ventures such as SpaceX, yet collaborative actions are under way to boost Europe’s ability to make a greater impact on the final frontier.

European moves in space exploration, whether for economic or scientific purposes, have generally been constrained by budget. NASA’s annual budget amounts to a whooping 19 billion euros, with the US Department of Defence contributing an additional 13 billion euros to the pie. In the EU, on the other hand, the European Space Agency’s (ESA) annual budget stands at 5.7 billion euros, while the EU’s Horizon 2020 programme has planned an additional 200 million euros, annually, for R&D for space-related activities.

While the budget may be dwarfed in comparison, the ESA remains competitive by focusing on cost-effective, reliable and reusable alternatives, such as the RETALT (RETro propulsion Assisted Landing Technologies).

However, on a national level, European space ambitions are being spearheaded predominantly by France, who recently announced a military dimension to their space operations. President Macron announced that France would be stepping up its capabilities of defending its space assets, with the defence of satellites and other assets coming under the jurisdiction of the French Air Force.

Macron’s revelation comes in the wake of United States’ President Trump’s announcement last year to create a US ‘space force’ to project its military might beyond the Earth’s atmosphere.

Weaponising space is not a new concept, and indeed was floated as far back as the 1980’s by the then American President Ronald Reagan and his much derided ‘Star Wars’ concept. However, the French Defence Minister, Florence Parly said in her announcement of this move, that the country had no intention of contravening the Outer Space Treaty, which prohibits the development or testing of weapons of mass destruction in space.

The French plan, nonetheless, is one which has a definite military concept. The country plans to  launch next-generation Syracuse satellites equipped with cameras that will be able to identify threats in space, such as weapons systems.

The French military currently operates a constellation of three Syracuse satellites that are primarily used for communication between France and French troops deployed abroad. But after the new cameras are tried and tested, France will launch another generation of Syracuse satellites, that will be armed with either submachine guns or lasers that could disable or even destroy another satellite, according to Le Point. France aims to have those space weapons fully operational in orbit by 2030.

However, the French Defence Minister stressed that the moves were purely for the security of French communications assets, in an increasingly clustered area. There are more than 4,000 satellites currently orbiting the earth, with the majority of these no longer functioning. “We do not want to embark on a space arms race”, Parly said, affirming that any addition of weapons to space systems would be a ‘reasoned arsenalisation’.

France added that any moves they make to introduce military systems to protect what they deem to be critical space infrastructure will be done within the framework of an EU partnership model. The European Commission is expected to include space within any new defence framework budget. France has a keen partner in this pan-European approach to defence systems in space, in the shape of fellow G7 member Germany.

In addition to pan-European cooperation, France has also looked further afield when considering its future in the stars.

The recent visit of Indian Prime Minister Narendra Modi saw the space agencies of both countries, the French CNES and the Indian ISRO, sign an agreement to develop a cluster of satellites together which will be used for maritime monitoring in the Indian ocean. The worth of satellites in terms of monitoring was recently highlighted by satellite data that revealed the extent of the ongoing fires in the Amazon. The usage of satellites in this regard has been formalised in the shape of the Space Climate Observatory, of which both France and India are members, having been formalised in Paris earlier this year.

Salvini Bet It All. Then He Lost. 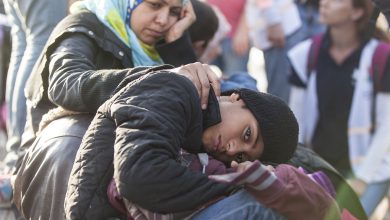 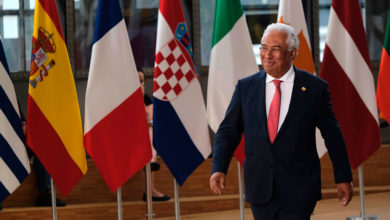 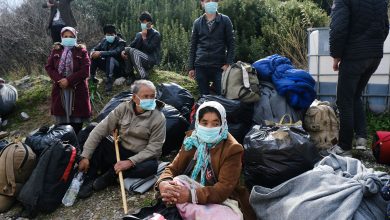