On April 16th France and Canada announced a new bilateral agreement to combat climate change – the latest move by France to head the clean energy revolution, especially as the United States under President Donald Trump pulled out of the Paris Agreement on climate change mitigation.

The France-Canada deal is aimed at meeting the Paris Agreement goal of limiting the global temperature increase to below two degrees Celsius by the end of the century. To this end, France and Canada have agreed to work together on measuring and pricing carbon emissions; reducing greenhouse gas emissions in the international ground, sea and air transport industries; and promoting overall energy efficiency. The driving idea is to encourage economic actors to make a long-term commitment to clean growth and a low carbon economy, largely through encouraging research and development of new, clean technologies.

France, under President Emmanuel Macron, has already set aside $69 million (about €56 million) to fund climate scientists, especially from those from the United States, to conduct research in France. According to France’s national research agency, hundreds of climate scientists from around the world have applied for the program. France is investing about €1 billion overall to develop research in clean energy and €250 million for smart grids, while also investing heavily in electric vehicles.

A recent report from the Organisation for Economic Co-operation and Development (OECD) found that integrating measures to tackle climate change into regular economic policy – like France is doing – will have a positive impact on economic growth in the medium and long term. Combining growth and climate agendas could add one percent to average economic output in G20 countries by 2021 and 2.8 percent by 2050, according to the report. In addition, if the economic benefits of avoiding climate change impacts like coastal flooding and storm damage were factored into the calculation, the net increase in GDP by 2050 would be nearly five percent.

France is betting on these growth prospects and embedding the goal of a carbon neutral future in a wide array of economic policies. For example, the bilateral deal with Canada on climate change was designed partly to convince the French Government that Canada is serious about curbing global gas emissions, so that ratification of the new Canada–EU free trade deal can come sooner rather than later. There have been concerns in France that investor-protection clauses in the Comprehensive Economic Trade Agreement (CETA) would lead to weakened environmental rules. At the same time, there is a sense of determination to get CETA passed; it has already shown economic benefits during its provisional implementation. In 2017, exports from France to Canada grew by four percent from the previous year, and Canadian investment in France grew by 23 percent.

Beyond CETA, France has clearly shown its commitment to a clean energy future throughout Macron’s presidency. Earlier this year, the French government announced it would launch a preliminary study into the feasibility of harnessing tidal energy to meet its renewable energy goals. At the end of 2017, France became the first country in the world to put an end date on its production of fossil fuels, announcing a ban on the extraction of all fossil fuels by 2040. The French government’s Climate Plan aims to achieve carbon neutrality by 2050.

Yet with all of Macron’s dedication to the cause, France remains behind on its renewable energy goal of increasing the renewable energy consumption rate to 23 percent by 2020, largely due to an over reliance on nuclear energy. The OECD’s latest economic survey on France, from September 2017, suggests that France improve the quality of its environmental regulation regime – providing clearer and more stable, long-term measures to support renewables – and reduce the role of nuclear energy to meet its renewable targets. In this vein, Macron’s government announced its intention of closing nuclear power stations in step with the expansion of renewables, as France continues to work toward a clean energy economy that is expected to bolster GDP. 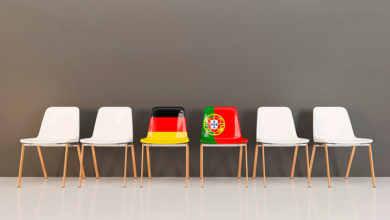