At the Internet Governance Forum in Paris last month, data gleaned from a new app called Wehe, revealed that France performed better than any other European country tested for upholding net-neutrality. Although enshrined in EU-level regulation, some regulators have enforced the principle more aggressively than others. France’s steadfast support of net-neutrality has therefore set it apart from other countries both within and outside the EU.

What exactly is net-neutrality? The phrase implies the equal treatment of data carried over a network by an Internet Service Provider (ISP). This means that an ISP cannot give preferential treatment to one lawful website or service, over another. For example, the principle of net-neutrality would prohibit a firm from favoring Amazon Prime over Netflix, or from blocking access to one of these streaming websites. In essence, ISPs should aim to carry data at the same speed, regardless of where it originates, how it’s transmitted, what it contains, and who is using it.

With an eye to completing the digital single market, the European Union adopted regulation in 2015 that committed the block to net-neutrality. The hope was that net-neutrality would foster greater competition and therefore provide European citizens with more choice over the goods, services, and information accessed over the internet. That said, ISPs are allowed to treat online data differently in instances where they are complying with a specific legal obligation, are acting to maintain the integrity of the network, or managing internet congestion.

In France, net-neutrality has become a key feature of the country’s digital policy. For example, the Foreign Minister, Jean-Yves Le Drian, has described it as “a cardinal principle for the internet to be a space of openness and innovation”.   Additionally, the Regulatory Authority for Electronic Communications, the body responsible for enforcing the EU’s net-neutrality regulation, has struck a decidedly pro net-neutrality position by explicitly prohibiting the blocking and throttling of all online data, including content transmitted via peer-to-peer networks or VPNs.

It is out of this context that ARCEP initiated a partnership with Boston’s Northeastern University to develop the “Wehe” app. Launched in January 2018, the app tracks ISPs compliance with net-neutrality rules. Users download Wehe from the Apple or Android store, and then select which bandwidth-intensive apps they want tested. Interestingly, out of the 12,000 tests that occurred in France, not a single infringement was found. This is remarkable given that the app identified 100 instances of non-compliance out of the 8,000 tests conducted in the UK.

Nevertheless, the view on net-neutrality isn’t universally positive. Many large telecommunications and tech firms have lobbied the EU to relax its net-neutrality regulation. Their primary argument is that this policy will impede investment in innovations such as telemedicine, autonomous cars, and 5G technology. This latter point is especially important, given that one of the main features of 5G technology is “network slicing”. This allows telecommunications companies to provide tailored connectivity for specific services, which could violate the current net-neutrality regulation.

Looking forward, it is likely that Europe will have to re-visit its net-neutrality rules. Technology is ever evolving, and policy risks becoming ineffectual if it doesn’t respond to the shifting digital landscape. That said, it is not yet clear the extent to which Europe is willing to weaken its commitment to net-neutrality, especially with a prominent member state such as France backing its enforcement. 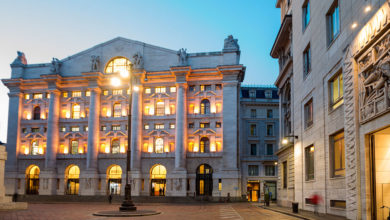