On Tuesday of last week, Swedish climate activist Greta Thunberg gave an address to the French assembly, fiercely criticising political inaction and highlighting the need for a radically different approach to climate change.

Her intervention came at a moment of heightened ecological consciousness in French politics. The heatwave seizing Western Europe had drawn particular attention to the question of global warming and given extra force to those emphasising the ecological difficulties surrounding CETA (Comprehensive Economic and Trade Agreement), a new free trade agreement between the EU and Canada.

On the same day that Thunberg gave her address, the French National Assembly debated – and narrowly voted in favour of – CETA, amid concerns that it would undermine EU environmental regulations.

Thunberg had been invited by the ‘Let’s Accelerate’ group, a climate change awareness alliance of French members of Parliament. Her speech was punctuated by warm applause from the 170 members of Parliament and 62 journalists who were present, and served as a powerful centrepiece for a day which saw 45 other young people from seven different ecological movements involved.

Matthieu Orphelin, the independent Member of Parliament who had invited Thunberg to speak, responded with glowing praise after the event. ‘Young people’s climate initiatives are multiplying, in an encouraging diversity […] There is nothing more to say than thank you. Hope is on its way!’

Nevertheless, Thunberg’s appearance was met with criticism from some members of French public life, including politicians from the centre-right party Les Républicains and from Marine Le Pen’s Rassemblement National. While many members of Parliament promised to boycott the event, others were more directly hostile.

Guillaume Larrivé, a contender for the leadership of Les Républicains, argued that ‘we do not need gurus of the apocalypse, but scientific progress and political courage’. Others resorted to ad hominem attacks: theSecretary General of the party, Julien Aubert, dismissed her as ‘a prophetess in shorts’, while contemporary philosopher Michel Onfray announced that she ‘has the face, the age, the sex, and the body of a cyborg’.

Although a small number of public figures engaged in such personal attacks, the majority of critics focused on questioning the wisdom of inviting such a young person to address the National Assembly. Jordan Bardella, the spokesman for Rassemblement National, argued on France 2 that ‘when a sixteen-year-old comes to tell us that the world is over, comes to tell pupils to skip lessons, I think her place should not be on a chair in the National Assembly but on a chair in school’.

Both supporters and critics were highly conscious of the timing of her speech, which fell on the same day as the CETA vote. Although many parts of the free trade agreement have already been in force provisionally since 2017, it still needs to be ratified by several national parliaments. Concerns have been raised by many, that the deal would allow goods to be sold freely in France that were produced in conditions which would not have satisfied EU regulators.

When Bardella was challenged over his criticism of Thunberg’s invitation to the Assembly, he shifted the discussion swiftly towards the controversy over CETA. ‘It just so happens that Greta’s arrival was organised on the same day that the free trade deal with Canada was voted on. And these free trade deals are ecology’s worst enemy, because they increase the flow of supertankers around the world, and allow Europe to import products which are harmful for our health and for the environment […] The future should be economic patriotism.’

Supporters of Thunberg were equally conscious of the timing. David Cormand, secretary general of Europe Écologie Les Verts, argued that ‘history will perhaps recall that on one day there was a heatwave, Greta’s appearance at the National Assembly, and that same Assembly’s adoption – by a minority of its members – of an agreement which contributes to the acceleration of the planet’s destruction…’.

Sandra Regol, the party’s spokesperson, was conscious of a different gap: that between youthful dynamism and wider political inertia. She tweeted that ‘although Greta Thunberg and Youth4Climatefr are making politicians face up to their inconsistencies and demanding that they act, they are merely replying “thank you, young people, you give us hope”. It’s like there’s a wall between the action of youth and the deaf inaction of government’.

The reactions from the ruling party La République En Marche were mixed. Significant numbers skipped the event, while some took to social media to express their disapproval. Member of Parliament Bénédicte Peyrol expressed her doubts on Twitter about the simplicity of the narrative put forward by Thunberg, arguing that ‘it is far too simple to make use of the Manichaeism of Good vs Evil to act in a complex world’.

President Macron offered no specific comment on the address, but has been highly supportive of Thunberg and the wider young people’s environmental movement in the past. In May he tweeted a video of himself talking with young climate activists who he had received with Greta Thunberg. His message was one of encouragement and optimism: ‘we are mobilised more than ever to respond to ecological challenges with our European partners. Thank you to [these activists] for their energy.’

Regardless of whether or not politicians take note, Thunberg’s message is certainly being heard in France. Her movement has been effective at harnessing the power of social media, and she is trending on a range of platforms. The weekend before her address she was awarded the Freedom Prize in Normandy, and since then clips of her speech have been widely shared on Facebook, Twitter and Instagram. The statistics she quoted from the 2018 IPCC report have gone viral: to keep a 67 percent chance of limiting the rise in global temperature to 1.5C (the ambition of the Paris climate agreement), the world’s remaining ‘budget’ of CO2 emissions would be used up in under nine years.

The prominence given to Thunberg from her appearance in Parliament has helped these figures circulate more widely, and the negative reactions to her speech have further increased her visibility in France.

Thunberg’s invitation to the Assembly, and the considerable media coverage she received, shows how seriously the environmental activism of Thunberg’s generation is being taken by some politicians. Following a compelling call to take scientific findings seriously, her speech then engaged directly with the negative aspects of the reception she has had.

Thunberg was not shy in calling out the most powerful of her critics: ‘We are being mocked and lied about by elected officials, members of Parliament, business leaders, journalists. You can’t simply make up your own facts just because you don’t like what you hear.’

Thunberg also addressed those who boycotted her speech. ‘Some people have chosen not to come here today. Some people have chosen not to listen to us.’ With an ironic half-smile on her face, she acknowledges the criticism so often levelled at her activism and the wider movement: ‘we are, after all, just children’. But she reasserts her role not as a ‘prophetess’ in her own right, but as a spokesperson for the scientific consensus. ‘You don’t have to listen to us. But you do have to listen to the united science. And that is all we ask. Just unite behind the science.’ 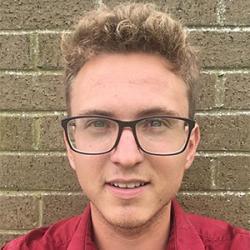 Aidan Chivers is a freelance journalist with a particular interest in Mediterranean politics, who is currently enrolled in an International Politics Master’s course that involves studying in Nice, Tunis and Istanbul. Aidan is a graduate from Oxford University, with a degree in Classics & French.