“A betrayal of the European spirit.” That is how French President Emmanuel Macron described the soon-to-be outdated labour rules on posted workers in Europe. Mr. Macron is one of several EU politicians who are happy with last month’s announcement from the EU Parliament’s employment committee to back the proposed reforms on the posting of workers within the bloc. The Parliament’s  vote in favour means another step towards ensuring all employed persons in Europe receive equal pay for doing the same work in the same area.

Posting is a term used to describe when companies send their employees out of the country to provide services in another EU nation. While regional mobility has always been a selling point of a common market like the European Union, current EU migrant labour laws do not require companies who are sending employees from one member state to another to abide by all local labour standards or social security rules. This means that under the current conditions, a Polish construction worker in France is paid less than a Frenchman and receives fewer benefits than local French workers. Thanks to the EU’s reform – tenaciously spurred forward by Mr. Macron – employers will have to meet local labour standards, including the provision of benefits such as holidays and health insurance.

While this may seem like an all around improvement, the complexities of protecting posted workers run deep. This is mainly because the bloc has found it tough to find the sweet spot between protecting employees rights, and smothering competitive rates of those European companies whose costs will now be significantly increased through wage rises. Several Eastern European countries who post workers in Western Europe worry that equalising posted worker pay and benefits will strip them of their competitive edge.

While posted workers are a prime example of the EU’s collective market advantage, the number of employees posted outside the country in which they are employed is quite low. In fact, posting applies to less than 1 percent of the EU’s workforce — about two million people. And yet it is a significant issue of controversy between member states, and an issue that has been negotiated for more than two years.

Hungary and Poland voted against the reforms while the UK, Croatia, Lithuania and Latvia abstained from approving the deal. Ireland, which abstained from a preliminary agreement struck in October of 2017, ended up voting in favour of the reform last month. Mr. Macron pointed out that the reform will actually protect citizens of the very countries who have countered this reform, such as Poland, which ranks first in the Union for posting the most workers outside to other member state nations.

Some have viewed Mr. Macron’s crusade – backed heavily by Germany – of ‘equal pay for equal work’, as a hidden protectionist policy for French and German workers to keep an edge over cheap labour posted in their country. In fact the two countries, along with Belgium, receive about 50 percent of all posted workers within the EU. Surprisingly however, France and Germany rank 2nd and 3rd (behind Poland) within the bloc for posting their own workers to outside countries. The two have nearly 350,000 workers between them who are posted outside their respective states and are unprotected for equal workers rights.

This is one of the many reforms Mr. Macron has pushed for, and won since taking office. He has already made changes to France’s infamously unbending labour laws, an area where most of his predecessors failed. He is also in the middle of implementing a massive reform of the national rail operator SNCF, which political analysts believe will be an even larger test of his ability to enact reforms in some of the country’s most stubborn industries. This most recent reform on posted workers is another score for Mr. Macron, whose efforts to reshape his country and continent are countering fears that both France and the EU are too inflexible to implement much-needed changes that will keep them both globally competitive.

Members of European Parliament will vote on the new rules during June’s plenary session before changes are officially set in motion. EU countries will have two years from the time the directive enters force to transpose the rules into national law. 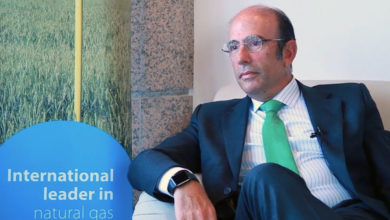 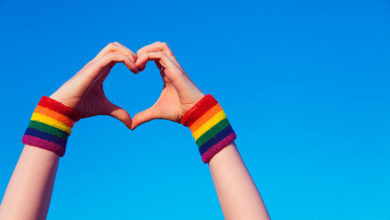