As of April 13, Greece had more than 2,145 confirmed cases of SARS-CoV-2 and a total of 99 associated deaths. Most of those who have lost their lives were elderly and experiencing underlying health issues.

“The war has not been won yet,” said Greek Prime Minister Kyriakos Mitsotakis during a televised address on Monday evening, adding that citizens’ compliance with the lockdown  measures during the Orthodox Holy Week was “the most crucial” element in the fight against the pandemic. As one of the first European countries to go into lockdown, Greece is determined to avoid the health crisis that is being lived by other countries such as Italy and Spain.

Greece has been praised internationally for acting quickly to combat the virus by implementing social distancing measures, followed by a full lockdown early on. The prompt measures provided the government with precious time to prepare Greece’s healthcare system to abate the impact of the pandemic, which had suffered significant funding cuts due to austerity measures imposed during the crisis years.

Residents are not allowed to leave their homes unless it is for an essential reason, such as picking up groceries, going to a pharmacy, or attending to a medical need. Those who do venture outside must carry with them an ID and a Certificate of Citizens’ Movement each time they leave their home. Meanwhile, travel to Greece’s islands for leisure is outright banned, including for those who have second homes, as many of the islands lack the resources to handle a widespread outbreak.

Greece is also using surveillance drones and helicopters to enforce the lockdown, and those who fail to heed the restrictions face a 150 euro fine.

And while many of those infected have already recovered, the country still remains on shaky territory. Initial targets have been set to gradually lift the restrictions on people’s movement by May 10, but the government has said life will not return to ‘normal,’ including the lifting of travel restrictions, until mid-June or early July.

Given Greece’s nature as a main point of entry for land and sea arrivals of migrants attempting to enter the European Union, the country hosts a large number of migrants, refugees and asylum seekers, many of whom are housed in camps and detention centres. These holding spaces are often overcrowded and struggle to maintain hygiene standards. The EU-funded camp in Samos, for example, was built in 2016 to house 640 people, and is now home to at least 3,745 refugees.

The coronavirus has been confirmed in migrant camps on the island of Lesbos, as well as the Ritsona camp close to Athens. These sites present a unique risk during the pandemic, and human rights groups have been urging Greece to take action to reduce the risk of infection.

“Refugees in camps are at high risk of acquiring infectious diseases due to crowded conditions with poor hygiene and sanitation”, said Kayvan Bozorgmehr, a doctor and professor from the School of Public Health at Bielefeld University in Germany, who is among those calling for the evacuation of Moria, an overcrowded camp on Lesbos island. “It is very likely that refugees will become infected with the…virus in host communities or in hospitals. An uncontrolled spread in camp contexts, such as those on the Greek islands, may lead to a public health disaster as measures of social distancing and quarantine are impossible in these settings.”

“It is urgently needed to evacuate migrants out of the Greek islands to EU countries”, said Leila Bodeux, Policy and Advocacy Officer for Caritas Europa, an aid agency.

In an aim to reduce viral transmission, the government has put the camps on lockdown. This includes the suspension of activities and facilities in camps, such as informal schools and visitation, and migrants exiting the area to seek supplies or work opportunities. While aid services have still been allowed entry and access, the measures have been criticised for leaving asylum seekers and migrants in a state of limbo.

In a bid to protect those most vulnerable to the virus, on Monday the International Organization for Migration (IOM) Mission Chief for Greece, Gianluca Rocco, announced that more than 2,000 asylum applicants on Greek islands will be temporarily moved to hotels and apartments on the islands and the mainland, as a precautionary measure. The initiative, approved by Greece’s Migration Ministry and funded by the EU, targets people over 65 years of age, said Rocco.

Meanwhile, suspension of asylum and relocation has become an acute concern during the pandemic, with Greece already taking a more hardline approach than some in Brussels would prefer. On March 1, the government suspended new asylum applications for the duration of the month and sent military personnel to the border shared with Turkey to forcibly halt migrant arrivals. Greece was also accused of housing migrants at a secret location and returning them to Turkey without due process, in violation of international law. Thousands of migrants languish on the border in sub-par conditions, some of whom were deliberately bussed there by Turkey in an attempt to pressure Greece and the EU.

Greece contends that it receives insufficient EU support to care for the numbers of migrants that come to their shores. Mitsotakis has said that “The conditions are far from ideal but I should also point out that Greece is dealing with this problem basically on its own…We haven’t had as much support from the European Union as we wanted”.

Turkey and Greece have clashed over the fate of migrants desperate for asylum and safety, and to assuage them both, the EU has promised to take in 1,600 unaccompanied children currently housed in camps and detention centres. Even still, many in the camps – including the elderly and immunocompromised – remain at risk.

Despite the years of austerity undergone by the Greek people to get the country back on track after the financial crisis, the mass shutdowns mean a recession is all but inevitable, with OECD estimates projecting a 35 percent decline in yearly GDP.

To keep the economy afloat during the pandemic, the government has announced support measures for small businesses and the private sector worth nearly 7 billion euros. “We are implementing policies to keep the economy alive”, said Finance Minister Christos Staikouras.

The March-April aid package amounts to 6.8 billion euros, equivalent to 3.5 percent of GDP, and is inclusive of an 800-euro benefit for 1.7 million private-sector employees. This is worth 81 percent of the impacted private-sector workforce that have been suspended from their employment contracts. A freeze on their value added tax and debt payments to the state has also been enacted for four months.

“The damage to the economy will be great, but temporary”, said Staikouras. The Greek government also plans to provide 1 billion euros in loan guarantees to struggling businesses. 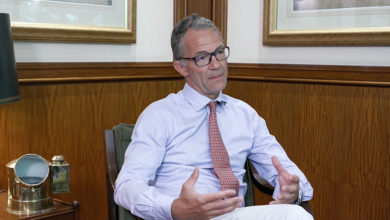 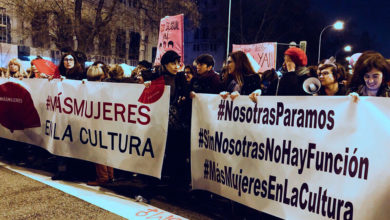