In the first half of April, Cypriot Foreign Minister, Nikos Christodoulides, announced that Cyprus will host the first trilateral summit between Cyprus, Greece, and Lebanon this year. The leaders of the three countries will be discussing development and cooperation.

Christodoulides spoke in Beirut, where he met with his Greek and Lebanese counterparts, Georgios Katrougalos and Gebran Bassil; he called their meeting the start of their “trilateral journey”.  Christodoulides stressed the initiative was solely positive, and hoped to turn it from a promising mechanism into a productive relationship that would benefit their citizens, especially the youth. He called it a revival of the Silk Road.

He also briefed Bassil on the decision to establish a Permanent Secretariat in Nicosia, with the aim of improving the effectiveness and coordination of the tripartite mechanism. Ideally, these instruments would help make the Eastern Mediterranean more secure, and a hub of cooperation, despite the region’s many current troubles.

Christodoulides also noted that this agreement would help bolster Lebanon’s relations with the EU, and was convinced the EU would show increased interest in the alliance and its results in the region. He assured Bassil that Cyprus would help boost bilateral relations between Lebanon and the EU.

In a Joint Statement, the three ministers reaffirmed their commitment to expanding cooperation with each other, as well as their respect for international law, and the aims and principles of the Charter of Fundamental Human Rights of the United Nations.

The initial cooperation priorities are tourism, higher education, culture, and economic and trade ties. They also discussed the migrant crisis, energy, and other international concerns. The intent is to develop specific programs in these areas, before they reconvene for their first Trilateral Summit in Cyprus later this year. During the summit itself, the leaders of the three states can review any progress made, and map out further developments.

Bassil reached out to the other two leaders for their support. Lebanon has taken in many refugees from Syria, which has strained the country’s resources and institutions. “A safe and dignified return of the displaced has become imperative. We are at the threshold of a new stage, and everyone has to deal with the status quo”, Bassil told reporters.

Christodoulides considers strong economic ties an especially indispensable part of this project. To that end, he was pleased that a large mission of Cypriot businessmen accompanied him to Lebanon, as they had come from a wide range of economic sectors, including legal, financial and businesses services, real estate, development, hospitality, and education.

It seems that the countries involved have started their cooperation right away. At the conclusion of the meeting, Cyprus and Lebanon signed a joint commitment, to establish an Athens-based International Organisation of Sports and Tourism.

Christodouladis called the energy sector the “spearhead” for creating new relationships in the region, especially since energy giants like ExxonMobil expressed interest in developing Cypriot energy resources, following the discovery of offshore hydrocarbon reserves in February.

This venture is only one of a series of regional economic partnerships in the region, as Cyprus has existing trilateral partnerships with Greece and Egypt, Greece and Jordan, as well as Greece and Israel. It is clear that Cyprus is serious about creating unity, cooperation, and trade in the Eastern Mediterranean.

In fact, the leaders of Greece, Cyprus, and Jordan, will also be meeting on April 19th for a similar summit. This is the second such summit, and is also meant to expand trade and cooperation in the region, particularly with regards to the economy, investment, energy and security.

Natural Hydrocarbons CEO Charles Ellinas, said that, “This will add to the positive political cooperation developing among the countries of the East Med region, (…) the tripartite will cement this relationship.” Jordan is already a member of the East Mediterranean Gas Forum (EMGF), along with Cyprus and Greece. The East Med Gas Forum, which is viewed positively by the European Union, was created to promote regional cooperation and development of gas markets in the region.

However, it is very unlikely that Cyprus will ever export gas to Jordan, as Jordan has already signed deals with Egypt and Israel to secure its gas needs. Instead, Cyprus, Greece, and Israel, whose leaders met earlier this year, on March 20th in Jerusalem, will be working together to develop the energy resources in the region.

“Closer cooperation among the countries of the region can only add to peace and stability – much needed in the East Med”, Ellinas said. “In addition to political benefits, it can also help these countries benefit economically through constructive coordination in developing their natural resources, industry, tourism, etcetera, including of course, energy.”

These ongoing summits show that both Greece and Cyprus are dedicated to developing the region – and the United States, in particular, views Greece as a stabilising democracy in an unstable region. Both the EU and the US support Greece and Cyprus fostering closer cooperation in the zone, to help Europe diversify its energy supplies and increase regional security and stability. Establishing the new tripartite agreement with Lebanon is the latest important step. 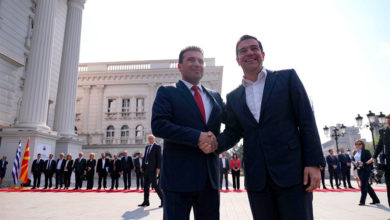 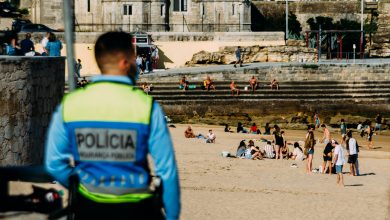