Thanks, in part, to a two-point increase in its sovereign rating, from Moody’s Investors Service -which lowered borrowing costs – Greece issued a 10-year bond last week, raising 2.5 billion euros. This is the second debt sale, since Greece exited its 8-year-long economic adjustment programme, in August, 2018, and the first 10-year bond over the past decade.

The sale is an important milestone for Greece. Ireland and Portugal also had to take economic bailouts from the EU. For these countries, issuing 10-year debt sales was seen as a key step to regaining economic stability and sovereignty.

Similarly, this new sale shows Greece’s economic resilience since exiting the euro-area debt crisis, with Moody’s having increased the country’s sovereign rating from B3 to B1 – with a stable outlook. While this new rating is still four notches below investment grade, the improvement provides reassurance to high-yield investors, and boosts market confidence, especially as the new bond sale occurred during a time of high demand for euro-area debt.

“While progress has been halting at times, with targets delayed or missed, the reform momentum appears to be increasingly entrenched, with good prospects for further progress and low risk of reversal,” Moody’s said. The ratings agency also stated that the Greek economic reforms were “starting to bear fruit,” as Greece has also shown increased competitiveness and employment growth.

Moody’s further noted that with regard to financial reform,  “the most politically painful measures have already been enacted, with the economy finally showing signs of recovery, reducing the incentives for any future government to jeopardise the hard-won gains.”

Greek Prime Minister, Alexis Tsipras, pointed to the bond sale as proof the country has turned a corner in its economic recovery. The Greek economy shrank by more than 25 per cent during the height of the crisis.

So far, Greek debt performance means that yields are at a 13-year low. However, investors are still likely to be keen on the new debt sale, since securities still offer the highest returns in the region. Concern about slow growth in the area has reduced the likelihood that the European Central Bank will raise interest rates anytime soon. Six banks were named as lead managers for this new 10-year bond.

Currently, Greek 10-year bonds have an estimated 3.74 per cent yield, in comparison to 2.55 per cent on Italian 10-year bonds, and 0.06 per cent on German securities. During the height of the financial crisis, Greek bonds yielded as much as 44 per cent. When Greece sold 5-year bonds in January of this year, they drew orders of over 10 billions euros for a 2.5 billion euro sale.

Sales of the bonds began on Tuesday last week, with the yield closing at 3.9 per cent – less than the initial target of 4.13 per cent. According to Greece’s Public Debt Management Agency, the 10-year Greek bond attracted long-term quality investors, with the majority of interest stemming from the UK  (37.5 per cent), Greece (12 per cent), France (8 per cent), the USA (6.5 per cent), and Italy (6 per cent).

Moreover, the 2 debt sales that have been undertaken this year – drawing a joint total of 5 billion euros – mean Greece is more than two-thirds of its way (71 per cent) to meeting its 2019 goal of raising 7 billion euros this year.

This is not the first time Greece has sold maturity debt. The last time was in November 2017, as part of a bond exchange in its debt restructuring – but before that, they last syndicated 10-year bonds in 2010. However, this time, Greece is not selling debt to generate cash. In fact, Greece currently has a large cash buffer, boasting over 26 million euros.

“At this stage, Greece benefits from large cash buffers, so the deal is more about proving market access, than catering to immediate financing needs,” said Antoine Bouvet, an interest-rates strategist at Mizuho International plc.

Even with the steady rate of Greece’s economic growth, trading in Greek government securities remains low. The peak in such trades was reached in September 2004, where turnover on the electronic secondary securities market (or HDAT), totaled 136 billion euros. Last February, that turnover was less than one billion euros.

It’s not just the bonds market heating up. Showcasing Greece’s economic growth and stability, in the past year, German investments in Greece rose by 3.5 billion euros, accounting for approximately 3 per cent of total GDP,  according to the Hellenic-German Chamber of Industry and Commerce. German firms also employed 27,000 workers in Greece this past year. German interest is mostly concentrated in the agriculture and food sectors, renewable energy, waste management, tourism, logistics, and technology. Trade between Germany and Greece also rose slightly this past year, reaching a value of approximately 8 billion euros.

“Productive investments are the only way for the country to turn a page,” said the chamber’s president, Michalis Mailis. “The German investor presence is boosted year by year, thus bolstering Greece’s overall effort to keep the economy’s pace of growth on a steady trajectory.”

However, simultaneously, Greece’s economy contracted in the final quarter of 2018, as consumption and capital formation shrank. While the economy overall grew by 1.9 per cent over 2018, GDP shrank by 0.1 per cent from the third quarter – whereas the previous quarter had seen an expansion of 1 per cent – according to the Hellenic Statistical Authority. Greek stocks and bonds have also rallied this year. The Athens Stock Exchange rose by over 15 per cent. Trade overall has also increased, with exports growing by 1.8 per cent, and imports shrinking by 7.8 per cent.

While this “speed bump” may dampen some enthusiasm, the labour market shows that joblessness in Greece decreased by 18 per cent – it’s lowest rate since 2011, but still the highest in the eurozone.

“Tourism is not enough by itself to pull the Greek economy’s cart out of the mud. We need more factors to help the economy grow fast enough,” commented Dimitris Kenourgios, Associate Professor of Economics in the University of Athens. 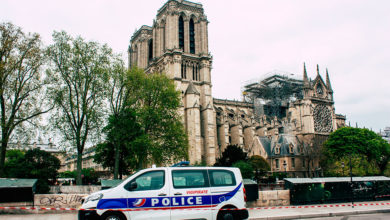 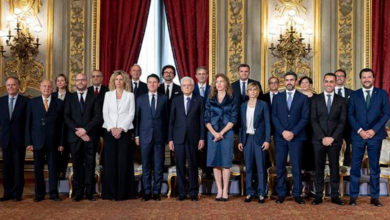