Share
Facebook Twitter Google+ LinkedIn Pinterest WhatsApp Share via Email Print
Nikos D. Chatziargyriou has been serving as the Chairman and CEO of the Hellenic Distribution Network Operator S.A. (HEDNO) since April 2015. He is also currently Chairman of the European Technology and Innovation Platform for Smart Networks for the Energy Transition. He works as a professor in the Power Division of the Electrical and Computer Engineering Department of the National Technical University of Athens, and serves as Director of the Energy Systems Laboratory and Founder of the SmartRue research unit, among others.

While the process of powering a single lightbulb in the centre of Greece’s capital city starts long before a resident flips on a light switch, Greece’s Hellenic Electricity Distribution Network Operator (HEDNO) is the final actor in a line of players who help deliver essential electricity power to customers.

Once a monopolistic industry, Greece’s economic reforms brought with them the liberalisation of several sectors, including electricity. Today, HEDNO serves as the sole responsible operator of the electrical energy distribution network across both mainland Greece and its islands, and focuses its efforts on picking up the energy left at transmission lines, and delivering it to each and every household of customers through its distribution networks in a safe and efficient manner.

HEDNO is indeed an electricity company, in fact it is one of the top 10 distribution power companies in the EU. It is also a full subsidiary of Public Power Corporation (PPC), the biggest power producer and electricity supplier in Greece. However, that is where its similarities to other players in the energy industry end.

“It is important to stress that [HEDNO] is organisationally and operationally fully independent,” says Mr. Nikos Chatziargyriou, Chairman & CEO of Hellenic Electricity Distribution Network Operator (also referred to as DEDDIE in Greek).

When its comes to conducting company operations, Chatziargyriou emphasises the need for HEDNO “to be transparent, we have to be fair and open to all retailers and all producers that are connected to our network.” With more than 7.5 million customers throughout Greece, Chatziargyriou is working hard to balance high reliability with low costs in an ever-changing market.

Over the last three years at the helm of the company, Chatziargyriou has helped to steer HEDNO through Greece’s unbundling of its electricity industry, which has required a major transformation of his company from a closed, single-player market, to “an open, efficient and customer centric system”.

As Greece transforms itself into the working horse it was prior to the economic crisis, its electricity sector is in the midst of several dynamic changes. “HEDNO already has a very important role in this new market and as you know the retail market in Greece is changing very fast,” said Chatziargyriou. As a result of the implementation of EU’s Third Energy Package, PPC was forced to release roughly half of its market share, which transferred a substantial amount of responsibility onto HEDNO’s shoulders. The country’s economic changes, coupled with the shifts in the electricity market, mean HEDNO’s mandate has been continuously changing. It is currently the sole actor dealing with public service obligations and plays a large role in the electricity theft combat. “We are now empowered with new responsibilities and new functions from the regulatory authority of Greece, so we are applying new regulations and in fact the first signs of successful implementation are already obvious.

As Greece works to follow its long-term energy strategy, which includes increasing its share of Renewable Energy Sources (RES) to 50% by 2030,  the country’s distribution networks manager is playing a larger and larger role in realising this change, along with self-shaping electricity user behaviour. “At the moment more than 75% of renewable energy sources are connected to distribution networks. So our role in facilitating the penetration of renewables is very important, it is key.”

“We are very much in favour of increasing distributed generation and increasing renewables. So our role in transforming smart grids is vital for distributing energy resources for the increase of penetration.”

Chatziargyriou is personally passionate about the increasing use of renewables in Greece, and he has implemented his personal interest into his future plans for HEDNO, specifically as it relates to the company’s work on the Greek islands. “Greece is blessed with a large number of islands. The non-interconnected islands form 32 island systems that need to be fuelled mainly with diesel and expensive fuel and are a big challenge to run and HEDNO is responsible for operating that.” Chatziargyriou has worked hard over the last three years within the company and with the country’s Ministry to create “a law that describes how we can have 3 islands with penetration of more than 60% or 70% of renewables….Astypalaia, Symi and Kastelorizo or Megisti.”

One of HEDNO’s flagship projects is the development of “smart” islands, within the scope of the European Smart Initiative that aims at accelerating the transition to clean energy across Europe’s 2,700 islands. These projects will be realised through an open tender, and Chatziargyriou believes “these are nice intelligent projects for the private investors.”

HEDNO’s role on the Greek islands is larger than just distribution. Here the company functions as a total market operator, bringing the electricity to end users from start to finish. “Based on these projects, we aim to find the model where you can also supply other islands with high RES penetration, but also they are a good model of how large systems can operate with high penetration,” Chatziargyriou said.

When it comes to the future of the country’s economy, HEDNO’s CEO is diligently planning to have the company be at the centre point of the electricity industry in Greece, as well as a heavyweight in job creation and investment projects. HEDNO’s investment plan until 2021 totals at 1.25 billion euros. “This does not include the smart metering projects, that’s another 1.2 billion euros,” he added, another flagship project that is spreading renewable energy usage across the country. “This means we spent about 250 million [euros] per year from these investment projects. We also have about 400 million euros as operating expense every year that again involves a large number of domestic work places. So I really consider HEDNO as being one of the main contributors to the Greek economy.”

Financial institutions are demonstrating support for HEDNO’s efforts as well. The European Investment Bank (EIB) and HEDNO recently signed a 45-million-euro loan to support the implementation of the crucial plan for the upgrade the company’s infrastructure. The loan is part of a 85-million-euro total financed by EIB for the support of 50% of the new 170-million-euro project that aims to improve and upgrade the electricity distribution network. In fact, over the last ten years the EIB has invested 3.1 billion euros in energy investment within Greece.

In addition to the direct impact on the economy, Chatziargyriou pointed out that there are myriad indirect impacts that will come with modernising a major electricity system. “Besides these new opportunities for new business, the work of HEDNO will increase efficiency of the system operation, will reduce prices of electricity, which are very important for competitiveness,” he said. All in all, the company plans to create no less than 33,000 jobs for Greeks each year of operation. 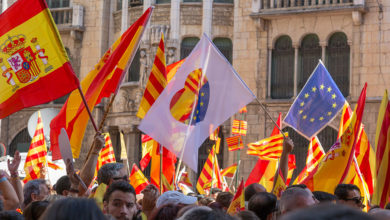