With 191 deaths resulting from COVID-19, compared to more than 34,000 in Italy and over 28,000 in Spain, Greece is keen to get its hospitality sector in full swing and retain as much of the summer tourist season as possible. After three months of lockdown, the country’s main airports in Athens and Thessaloniki opened to foreign travellers on June 15, and 27 regional airports are set to resume international connections on July 1. But despite its remarkable success in containing the spread of the coronavirus, economically Greece is expected to be among the hardest-hit countries in the eurozone, with the lockdown interrupting Greece’s nascent financial recovery after a decade of hardship.

Tourism last year generated a record-setting 19 billion euros in revenue; that figure is expected to be much lower for 2020, with predictions that the number of travellers in Greece could be reduced to one-third of 2019’s. According to an Ernst & Young report on the effects of the pandemic on Greek tourism, the industry may not rebound to 2019 levels for another five years. More favourable scenarios for this year include losses in the tourism sector of about 10 billion euros. However, in what is seen as a positive signal for the sector, a recent study undertaken by tourism and travel consultancy Horwath HTL ranked Greece the third most preferred destination in the Mediterranean by international travellers when considering their holiday plans for this year. Spain ranked first followed by Italy.

Tourism accounts for more than 20 percent of the country’s GDP and after emerging from a decade-long debt crisis only two years ago, Greece is keen to avoid any financial backsliding.

“Ahead of us we have got the most difficult summer ever,” said Greek Deputy Minister of Tourism Manos Konsolas. The European Commission predicts that the Greek economy will shrink by 9.7 percent in 2020.

To keep the virus from gaining a foothold in the country, as of June 27 Greece is undertaking targeted testing on travellers based on an algorithm that determines which travellers are most likely to be potential carriers of COVID-19. Passengers are required to complete a Passenger Locator Form (PLF), including information such as their country of origin and countries they have visited during the previous fifteen days, at least 48 hours prior to their check-in. Based on the collected data each traveller will be provided with a special barcode that determines whether they will be subject to testing upon arrival. While travellers will be welcomed from destinations across the globe there are still certain restrictions in place on countries that are deemed very high risk, including the UK, U.S., and Israel, among others. In June Greece logged 98 laboratory-confirmed COVID-19 cases derived from international arrivals.

Bans on entry from the UK are expected to hold until June 30, though they could be extended due to an ongoing spike in Britain’s confirmed coronavirus cases. A similar halt on travel from Israel is set to be lifted on August 1.

“Our goal is for Greece to remain a safe country looking forward to the tourism season,” said Health Minister Vassilis Kikilias. Meanwhile, seasonal and year-round hotels have re-opened, with both hotel staff and guests subject to regular testing. On more popular island destinations, “COVID-19 rooms” have been set aside to quarantine any individual who tests positive for the coronavirus. Each hotel also has a contracted physician on call.

Greek Prime Minister Kyriakos Mitsotakis told reporters that his priority is to make the Mediterranean nation the safest travel destination in Europe. “You can come to Greece, you will have a fantastic experience, you can sit on a veranda with this wonderful view, have your nice Assyrtiko wine, enjoy the beach,” Mitsotakis said, “but we don’t want you crowded in a beach bar…There are a few things that we won’t allow this summer.”

The coronavirus hasn’t only affected the tourism industry. Foreign investment in real estate has faltered as property has devalued thanks to the ravages wrought by the COVID-19 lockdown. A 40 percent rent discount to affected businesses in commerce, food service, and tourism also caused a major drop in revenue. Many investors and landlords consider these discounts a “necessary evil” due to the pandemic, but the depression on the overall economic output remains unavoidable.

Piraeus Bank, Greece’s largest lender by assets – which is 26 percent-owned by Greece’s HFSF bank rescue fund – has hired JP Morgan and UBS to sell two portfolios of non-performing loans worth about 7 billion euros in a bid to clean up their balance sheet and tackle the new debt crisis. The larger debt auction, Project Vega, consists of 5 billion euros of bad loans, and will be handled by JP Morgan. UBS is handling the smaller Project Phoenix sale, worth 2 billion euros. It is likely that Piraeus Bank will see 200 to 300 million euros after the sales are concluded.

In a bid to boost investment and support the real estate market, Greece is re-launching their Golden Visa programme. In April, Deputy Finance Minister of Greece, Theodoros Skylakakis, said that the country would be re-launching the programme in tandem with its gradual re-opening, with changes made to the initiative to better stimulate investment and garner investor interest.

“To accelerate the course of growth in the coming months, we will seek to lift the bureaucratic obstacles that currently exist in the property market,” Skylakakis said in an announcement this past April.

Golden Visa programmes exist in a number of EU states, but are often criticised by the EU Commission as a way for corruption and money laundering to flourish undetected, with the EU Parliament recommending that such programmes be put to a permanent end back in March. The EU levelled criticism in April at Bulgaria, Cyprus, and Malta in a video-hearing for similar citizenship via investment schemes, during which Justice Commissioner Didier Reynders said that these three countries need to phase out these initiatives altogether, as EU citizenship is a collection of shared rights that all member states provide in solidarity, and not something that should be up for sale. 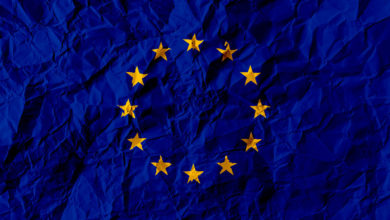