Share
Facebook Twitter Google+ LinkedIn Pinterest WhatsApp Share via Email Print
Manolis Sigalas is Vice President & Managing Director of the Southern Europe division of Hill International, encompassing Greece, Italy, Cyprus and Albania. With over 15 years of construction industry experience, Sigalas joined Hill in London in 2005, repatriated to the Athens office in 2011 and, assumed his current role in April at the beginning of 2018. He currently manages Hill’s operations involving infrastructure and real estate projects across the Southern European region, which are in excess of €1 billion. He is a member of the Technical Chamber of Greece, holds an M.E. in Civil and Environmental Engineering from the Massachusetts Institute of Technology, and a Diploma in Civil Engineering from the National Technical University of Athens, Greece.

With the major economies of the European Union bedevilled by uncertainty, the success of US global project management company, Hill International, reinforces the growing confidence among Southern Europe’s business community.

Hill International, listed on the New York Stock Exchange, is the 8th largest construction management firm in the United States, according to Engineering News-Record magazine. It has a proven track record of success, with over 10,000 projects valued at over $500 billion under its belt.

What’s more, the company’s recently established Southern Europe sub-regional division is thriving, and currently manages projects surpassing €1 billion, across different project sectors, including infrastructure, hospitality, healthcare, Oil & Gas amongst others. Most importantly, perhaps, is the fact that the company had historically headquartered the rest of the company’s world operations in Athens – a strong statement of belief “in Greece’s growth potential and the quality of its people,” as Sigalas notes.

However, attaining these results has not come easy, and current projects are the result of arduous work by the Hill International Athens office, supporting and executing significant foreign direct investments to ensure  ventures come to fruition.

Manolis Sigalas, Vice President and Managing Director of Southern Europe, explained the extent of the company’s project pipeline: “We have currently engaged in some major and very exciting projects, that are currently underway in the country, such as the Trans Adriatic Pipeline in Northern Greece.  We are the Independent Engineer for the €350 million planned upgrade of the Port of Piraeus, and the Project Manager of the new Four Seasons at the Astir Palace in Vouliagmeni, the “crown jewel” of the Athenian coastline.”

While the Trans Adriatic Pipeline – known as TAP – is one of the most critical gas infrastructure projects in Europe, investments relating to both the Port of Piraeus and the Astir Palace, are the direct result of landmark privatisation projects, for an estimated joint-value of €680 million.

Furthermore, another much-anticipated Hill project in Greece, is the new international airport of Heraklion (Kasteli), Crete, which will be the second busiest travel hub behind Athens International airport. With more than nine million passengers expected each year, it is a high-profile opportunity to further the company’s track record in the country.

“In this sense, it will be a key transportation hub for Greece’s tourism, and it will promote national but also regional growth, not least by way of job creation, and the benefits that the local community will have,” enthused Sigalas.

“We are very keen to commence work on this project,” he continued. “We are actually honoured to have been awarded the independent engineering role, and we will do our best to support the Hellenic Republic, and the investors, in delivering this project of national significance going forward.”

Success has been hard won. Hill opened its Athens base in the mid-1990s, serving the Middle East and North Africa as well as Southern Europe thanks, in no small part, to the efforts of current CEO Raouf Ghali in leveraging the positive regulatory framework, which permitted international companies to operate out of the city.

It has been a brave decision by Hill, to maintain their global operations in a country which endured turbulent times. However, their confidence in Greece remains undimmed; “investments,” said Sigalas, “are the core for any sustainable growth plan for the country”.

Responsible for bringing these projects to fruition is the experienced, and highly trained team out of the Athens office. Their success is allowing the Southern European division to thrive, which Sigalas believes is the result of mixing “experience with new blood”.

Athens, at the heart of the Eastern Mediterranean, allows the company to expand into other neighbouring markets. The work on privatisations in Greece, gives new customers confidence that the company will deliver successfully on infrastructure, oil, gas, and energy projects across the region as a whole.

Sigalas is in no doubt that a crucial aspect of their work relates to investments related to privatisations. It is within this scope that he believes the country reaps the most substantial economic benefits:

Hill plays a pivotal role in making this happen, and these lessons are transferrable to other countries. A key facet of their experience is the confidence the company’s reputation brings to international investors, amalgamating the international know-how and distinct depth and breadth of regional operational presence.

It isn’t just about taking their team out of Athens, however. A core element of the company’s business model is using local people; “technical skills and talent” as Sigalas calls it, supported by “senior wisdom”.

The company philosophy is being exported to Italy, Cyprus and Albania, amongst others, leaving Sigalas in a positive frame of mind regarding the prospects of success: “Within Hill we operate as a team. The reason that I am so upbeat about 2019 and beyond, is not just because of the project prospects; it is also because of the team that we have built, our exceptional colleagues and the new talent that we continue to attract across the region.”

It cements Hill’s position as a role model for other global organisations. The depth of their commitment to Greece is unaffected by expansion. Hill International also anticipates commencing work on the development of the Thriasio Pedio logistics centre which will, the investment project hopes, be a game-changer in the Greek economy – becoming the largest multimodal logistics centre in Southeast Europe.

Hill’s capabilities span further into other sectors, and the company serves a wide array of clientele. Notably, the company is, Sigalas says, “delighted and honoured to have been selected by the Stavros Niarchos Foundation to be their Project Managers, in connection with SNF’s Health Initiative Programme”.  This is a new grant initiative of more than €250 million, that will contribute substantially to improve the country’s health care sector, while underpinning a turnaround of the nation’s standing in Europe.

“Despite Greece’s period of unprecedented turbulence, some major investments eventually came to fruition. Regardless of why or how did this happen, these set a positive precedent”,  Sigalas notes, adding “such investments created ‘oases’ of development, and we need much more going forward”.

Looking ahead, he emphasises the timeframe required for major projects to mature, thereby creating funds to reach the economy and create jobs, which remains a fundamental challenge to be addressed head-on. “After everything that has happened, political leadership should come to a minimum consensus that investments are fundamental for the country, and a legacy for any government.”

While a great deal of uncertainty surrounds much of Europe at present, there is a beacon of cooperation between the private and public sectors in Greece, which not only bodes well for the future of the economy, it serves as a reminder that synergising expertise and resources is, in most cases, the best way forward. 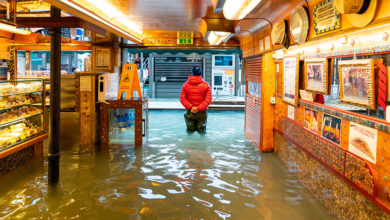