It’s been a very interesting few weeks for Boris Johnson.

The UK’s newly minted Prime Minister, keen on seeing Brexit done by October’s end “no matter what”, has been handed nothing but political losses since he took office. Despite the setbacks, Johnson may still end up achieving a no-deal “hard” Brexit come October 31st.

European leaders caution against a no-deal Brexit, stating the move is in no one’s best interest. “We still hope it will be possible to avoid a no-deal Brexit and we are looking forward to any proposals from the British government that fit into the Withdrawal Agreement”, Dutch Foreign Minister Stephan Blok said on August 29th,  referencing previous Prime Minister Theresa May’s thrice-defeated divorce deal between the EU and the UK. However, most remain pessimistic that Johnson’s government is up to the task.

The source of contention is a backstop that would prevent a hard border re-emerging between the UK and Ireland, the main point of discussion between Johnson and Irish Prime Minister Varadkar on Monday, September 9th. The open border is a key part of the Good Friday Agreement, and helped set to rest decades of violence between the UK and Irish separatists.

The EU and Ireland, which voted to remain in the EU during 2016’s referendum, demand a backstop of some sort to keep the border open in the case of a UK exit. Johnson stands firmly against it – despite having voted for it early this year – and caused a stir on August 19th when he wrote to European Council President Donald Tusk, stating he could not subscribe to the open border commitment made by the Theresa May government.

Ireland’s Deputy Prime Minister, Simon Coveney, said that the alternative arrangements proposed in the UK did not come “close” to the guarantees needed and provided for by the backstop. “I think we need to be honest here, that the alternative arrangements that have been discussed to date, do not do the same job as the backstop – not even close. And so let’s not pretend that solutions exist when they might not”, he said.

In order to limit challenges to a no-deal Brexit, Johnson instigated a constitutional crisis by putting Parliament on recess for five weeks, an act called prorogation. As a result, JPMorgan rated that the chance of a no-deal Brexit had jumped to 35 percent. “We have pushed the probability of a no-deal Brexit up from 25 percent to 35 percent”, economists Allan Monks and Malcolm Barr said in a note to clients. “The prorogation decision, if it withstands legal and political challenges, has constrained the time available to (lawmakers) to force a different path.”

Calling for prorogation led to massive protests around the country. Then, when Johnson called for a procedural vote, a number of Conservative members of Parliament voted against him, with the final tally resulting in a humiliating 328 to 301.

This defeat prompted Johnson to threaten early elections to thwart the rebels within his own party, who have been pressured with being thrown out of the parliamentary party and barred from standing on the Conservative ticket in future elections. In a statement, Johnson said he would not ask Brussels for an extension to the Brexit process, even if Parliament demands it, preferring elections over another “pointless” Brexit delay.

“I want everybody to know there are no circumstances in which I will ask Brussels to delay: we are leaving on 31st October, no ifs or buts”, he said. But to successfully call for new elections, Johnson must have the support of two-thirds of the lawmakers in the House of Commons, and he doesn’t have it. Meanwhile, opponents of a no-deal Brexit are threatening to bring down the government in a vote of no confidence, which would also trigger elections.

Opposition leader Jeremy Corbyn, head of the Labour party, accused the PM of “playing a disingenuous game” to force a no-deal Brexit. He welcomed the idea of fresh elections – but only once legislation removing the threat of a “no-deal” Brexit is in place. Should the legislation go through, this would be the UK’s third general election in five years.

Johnson lost three key parliamentary votes – the first he’s faced in Parliament since becoming Prime Minister – within a single 24-hour span. The Prime Minister was first defeated when the opposition and 21 Conservative rebels took control of parliament. He was then unable to stop a bill blocking a no-deal Brexit – which now goes to the House of Lords for approval. In a final blow, Johnson was unsuccessful in his call for early elections.

To add insult to injury, Boris’ own brother, Jo Johnson, resigned as a junior business minister and announced he was stepping down as a lawmaker for their Conservative Party, citing national interest above family loyalty. Johnson wrapped things up in a rambling speech on September 5th, where he said he would rather “be dead in a ditch” than delay Brexit.

What’s the Worst That Can Happen?

All this drama has been bad for Britain’s bottom line. In response to Johnson’s threat for snap elections, the pound dropped below 1.2035 against the US dollar on September 2nd. Falling as much as 1.1 per cent, it now sits at the 1.20 pounds to the US dollar level – the lowest point it’s been since 1985.

A no-deal Brexit will pose immense challenges. Crossing the border may take as long as two days due to increased checks at the English Channel. In a leaked government analysis of a worst case scenario, these border checks could create traffic jams as large as 8,000 vehicles, with drivers easily delayed a day or two. A best-case scenario still sees at least 50 percent of drivers held waiting eight hours or more.

Increased shortages in foods and medicines are also to be expected. Liquid egg, which is widely used in British food manufacturing, could easily run out. While this won’t cause people to starve, British citizens can expect fresh food to rot while awaiting transport, and for specialist ingredients to run out.

Johnson has dismissed these warnings, calling the scenarios “highly unlikely”. But Labour’s Shadow Trade Secretary Barry Gardiner told Sky News, “They [the government] have got their head in the sand. They’ve lived with the pretense for so long that it’ll all be alright on the day.¨

“But this must be causing them inner concern. Because if in two months all of this comes about they will be held responsible.”

European leaders are unsure if Britain will be able to find a workable solution to the Brexit saga before the October 31st deadline. One diplomat told CNN that the consensus is “we don’t really know where the show is going to go, and what the script is, and what the finale is”, adding “We are not optimistic at all that this is going to end well, and not sure the UK government has a plan… [The situation] is quite serious. We see nothing changing, the deadline is fast approaching, and if he wanted to move the dial on the deadline we would have seen a proposal already.”

Instead, it appears as though the very real problems of Brexit are being used as the backdrop to Johnson’s stillborn election campaign. 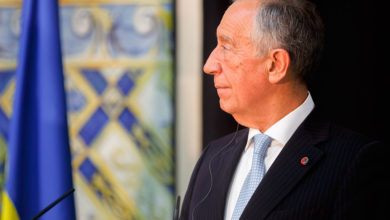