Despite the economy stagnating under the M5S-League coalition, voters are again expected to back these anti-establishment options, rather than the traditional alternatives of the PD, or even Forza Italia, where Silvio Berlusconi is lining up yet another comeback.

In early April, Matteo Salvini, Italian Deputy Prime Minister, and leader of the prevalent League party, called on populist, primarily right-wing forces throughout Europe, to act cohesively in the EU elections. While Salvini’s plan for a ‘grand alliance’ generated plenty of media traction, it remains difficult to see any large scale cohesion between these movements on a pan-European level. Politics remains primarily local, and while Salvini may radically disagree with the direction of the EU, particularly in relation to economics and immigration, neither his movement nor any other right-wing movement with candidates running for the European Parliament, have touted the idea of Italy actually leaving the Union.

The economic picture does point to trouble ahead though. Italy is set to breach the EU’s budget deficit limit of three per cent, and any penalties mooted by Brussels as a result would likely provoke another confrontation between the Italian government and the EU on economic policy and direction. The EU also highlighted that Italy’s debt could balloon to a record 133.7 per cent of GDP in 2019; a situation that could reopen a bitter feud between Brussels and Rome about the populist government’s spending plans, significantly exceeding pledges made to the EU – which has a debt limit of sixty per cent of GDP.

Growth in the Italian economy is expected to stagnate at just 0.1 per cent of GDP this year, before increasing to 0.7 per cent in 2020, according to numbers published by the commission, on May 7th.

Italy is expected to send a total of 76 MEP’s to the European Parliament in Brussels, an increase of three, which occurred when the EU divided up the departing UK’s 73 seats amongst other member states. Of course, the contradiction resides in the fact that the UK has not yet left – with Brexit possibly delayed to as late as October 31st – and consequently being compelled to put forward candidates for these elections.

In terms of numbers, the League, despite domestic difficulties, are expected to be the big winners. Recent reports indicate The League could win as much as 32.5 per cent of the EU parliament vote in Italy, according to the SWG polling agency. That compares with 22 per cent for its governing coalition partner, the 5-Star Movement (M5S), and 21.5 per cent for the opposition Democratic Party, according to the same data. This could translate into as much as 26 seats for Salvini’s party, a massive increase from its current seven, which it earned in the 2014 elections.

The new MEP candidates from M5S are all women: Daniela Rondinelli, Chiara Maria Gemma, Alessandra Todde, Maria Angela Danzì, and Sabrina Pignedoli. The party performed very strongly in 2014, sending seventeen MEP’s to Brussels, but are not expected to make any significant gains in May’s vote.

The Partito Democratico (or PD), is predicted to lose up to half it’s MEP’s in the forthcoming elections. It won 31 seats in the 2014 vote, but will suffer at the ballot box this time round, as voters continue to punish the party for the 2018 constitutional crisis and subsequent elections, where its vote plummeted to just below nineteen percent – its worst performance ever. The traditional mid-left counterweight to the Forza Italia party, the PD, have sought to refocus and position themselves in a pro-European context under new leader, Nicola Zingaretti.

In what is perhaps some comfort to the PD, their traditional rivals – Forza Italia – are expected to experience one of their worst electoral performances ever. According to projections, Silvio Berlusconi’s party will be liable to return just eight candidates to Brussels, a massive drop from the 23 seats they achieved following the 2014 election. Of particular note is, of course, the return of Silvio Berlusconi –  the 82 year old former Prime Minister, who is seeking a seat in Brussels as part of his political comeback. How much this damages or energises the performance of Forza Italia, remains to be seen.

Elsewhere, Fratelli d’Italia (Brothers of Italy), a far-right political force, are also in the running to earn a modest but credible number of four seats within the European Parliament. 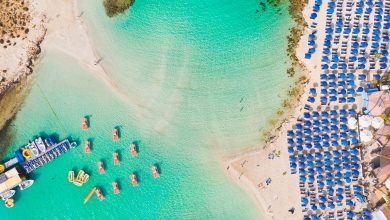 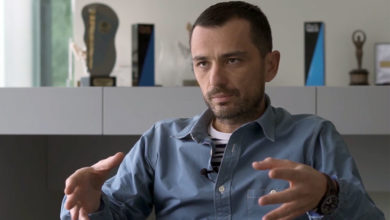