Established nearly a century ago in a small town in Northern Italy, the now international jewelry conglomerate, Damiani, has branches in Paris, Moscow, London, New York, Tokyo, Beijing, Seoul, and Dubai, and the list goes on. In total, the company manages 55 direct and 20 franchised points of sale on the most exclusive streets of the world’s biggest cities.

“The most important thing for us was always the passion that we as a family put into what we are doing,” said Damiani Vice President Giorgio Grassi Damiani. “This passion has passed down first from my grandfather to my father, and then to us, the third generation, to myself, my brother Guido and my sister Silvia.”

In the late 1990s, under the direction of the company’s president Guido Damiani, Giorgio’s brother, the company transformed from a family enterprise into a managerial one. In 2007, it was listed on the Milan Stock Exchange, launching it as a truly global player.

While Giorgio serves as vice president and head of design, his sister Silvia Damiani serves as the company’s other vice president and manages all business communications. Giorgio explained that it was the siblings’ father, Damiano, who really began the marketing and other brand activities of the company. This came decades after Giorgio’s grandfather started Damiani in 1924 with only a tiny laboratory in the town of Valenza and a business strategy of selling beautiful jewelry to the noble families of Italy.

“The most important value,” said Giorgio, “is that we are handmade still in Valenza, all our beautiful jewelry of Damiani, and the same process that my grandfather was doing 100 years ago is still the same process today.”

Although the manufacturing process may be identical to 1924, Damiani is constantly pursing innovation and creativity in jewelry design.

Running the design department for Damiani, Giorgio explained, “It has always been a very big challenge to combine innovation, creativity and design, but of course with tradition, because jewelry is also something that lasts forever.”

Damiani is the only company in the world to have received 18 Diamonds International Awards, essentially the Oscar Awards for international jewelry, and it is recognised as one of the only international brands that both designs and manufactures luxury jewelry.

In the early 2000s, celebrity Brad Pitt started designing an exclusive line of wedding bands for Damiani, after he worked with Silvia to design the engagement ring that he gave to Jennifer Aniston. Pitt’s wedding bands, known as D. Side, are a popular part of Damiani’s permanent collection. The look is both modern and classic, according to Giorgio.

Collaborations with celebrities are not uncommon for Damiani. Tilda Swinton won the Oscar while wearing Damiani’s Sahara bracelet, which won a Diamonds International Award, and Paolo Sorrentino and his wife donned Damiani at the Golden Globe prize-giving ceremony for the best foreign film.

Expanding beyond celebrity, Damiani launched its most recent venture in Dubai in 2017.

“Damiani is very concentrated now in the Middle East, of course. It is a huge market that we want to approach very strongly,” said Giorgio.

The new boutique is located in the Dubai Mall, the largest shopping centre in the world with more than one thousand shops and eighty-million visitors per year.

Giorgio noted that the Asian market is also of high priority, “including the Chinese market which is the biggest market at the moment for luxury products.”

Damiani recently opened a single-brand store in Shanghai and another one in Singapore, along with two new stores in South Korea.

“We are even in Mongolia,” said Giorgio, noting that this is a brand new market. “And of course another huge and important market for Damiani has always been and will be for the future all the ex-Soviet republics. For sure, starting with Russia where the brand is very well know and very well appreciated. But including nice places like Kazakhstan, Armenia, Azerbaijan, and Ukraine.”

Adding to the expansion, Damiani in 2016 acquired a centennial Italian art glass company called Venini. “They are doing fantastic art glass and again hand made, totally in Italy, in this little place called Murano in Venice, where they started 100 years ago also. So this is a brand that of course we want to develop strongly internationally,” Giorgio commented.

As the company grows, Giorgio made clear that the focus will remain on the company’s biggest success, its one-of-a-kind jewelry. “This is really our DNA, and we want to become the most important jewelry brand. A luxury brand yes, but a jewelry brand because this is the thing that we are really proud to be able to make in the best way.” 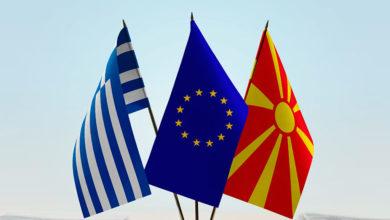 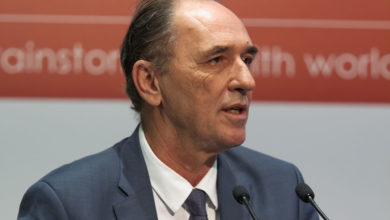