Italy’s economy (the Eurozone’s third largest) has been especially vulnerable since a new coalition government came to power, causing concern in EU and global markets. Thankfully, populist 5-Star Movement and far-right League representatives reached an amicable agreement on key economic leadership at a government summit on Friday, July 20. They appointed Fabrizio Palermo as leader of state bank Cassa Depositi e Prestiti (CDP) and Alessandro Rivera as director-general of the Treasury. These nominations were made official on Wednesday.

Owned by the Treasury, the CDP plays an important role in corporate politics and is often consulted when national strategic interests are at stake. CDP also controls a number of companies, including Italy’s national oil corporation, Eni, and postal service, Poste Italiane. These positions carry great influence over the economy, and the country’s leaders hope this will remove friction and instill investor confidence.

While the Italian economy has been largely revived, following an economic crisis that plagued the European continent the past decade, the country still ranks among the Member States with the largest debt (2.3 trillion euros) in the European Union. Italy has also been facing double-digit unemployment rates and low incomes for the last several years, despite moderate progress in job creation over the past several months. However, the political uncertainty that surrounded the forming of the country’s new government only fueled the fire on some of these hot-button topics. The bond market suffered much higher borrowing costs, which indicated to the market that federal Italian debt was not as safe of an investment as could be. Investors were shy to participate under such contentious governmental conditions.

However, when the new coalition government came to power on June 1, they called for massive overhauls to economic management, including flat taxes, employment stimulus, streamlined foreign investment systems, and universal basic income. New CDP leader, Palermo, and director-general of the Treasury, Rivera, will work diligently to walk the line between following the government’s agenda and continuing to stimulate economic growth, while maintaining the interests of the bloc. Palermo currently serves as the chief financial officer at CDP and Rivera leads the financial sector policy and legal affairs department at the Treasury. Thus, both are quite familiar with such important undertakings.

Luckily, Italy’s new government has proved less radical than originally projected. Early indicators like lower unemployment rates show strong potential for this unconventional partnership to follow through on their promises of economic growth.

More and more, it seems that the dual-party country is really made up of three parties: the Five Star Movement, The League, and the one-man “party” of Finance Minister Giovanni Tria, a former economics professor and leader of the most moderate wing of the majority. This is especially true when it comes to matters of the economy. In fact, Tria is largely considered to be a stabilising and financially responsible force in a more radical government. That being said, both 5-Star and League officials have expressed concern that Tria may not be willing to concede.

On Sunday, two days after the appointments were released, Tria confirmed that his aim is to “maintain market confidence and avoid instability”. Deputy Prime Ministers Luigi Di Maio squashed rumours that he asked for Tria to resign over their differences. Salvini mirrored Di Maio’s sentiment, adding that he’s “extremely happy” for what they’ve accomplished in the past 50 days together. Though the bond market has recovered from the reactionary hiccup, rates are still higher than financial leaders would like.

What’s Next for the Italian Economy

Among Palermo’s and Rivera’s first tasks will be to decide whether to renationalise the struggling national airline, Alitalia. They will also be working closely with Di Maio on economic development strategies. Though international investors are concerned about the market, these appointments suggest that Italian leaders are working together to find solutions. They also highlight that the country’s new economy is moving in the right direction.

In an interview with the Washington Post published this week, Tria reiterated his message that Italy remains committed to the European Union. As one of the founding countries in the bloc, Italy not only “belongs to the EU, but has been and still is central to it.” Despite some of the coalition’s previous stances leading up to the election, Tria urged that there are no discussions about leaving the E.U. or the Eurozone. He also insisted that all financial reforms respect the limit of the national deficit while working toward the goal of decreasing debt-to-GDP ratio.

In the coming weeks, the government will also appoint other top leaders, like that of Radiotelevisione Italiana, the national public broadcasting company, and Ferrovie dello Stato, the state-owned railway group that’s facing major changes. The administration is set to deliver details of its first budget in September. 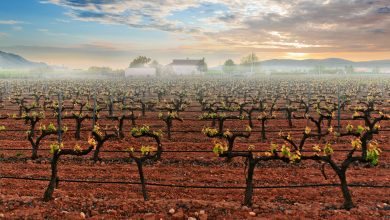 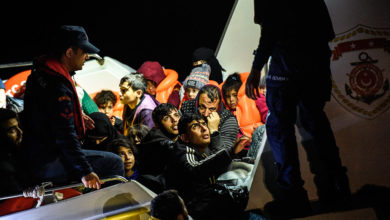