After weeks of talks, Italy’s Five Star Movement, led by Luigi Di Maio, and the far-right League, led by Matteo Salvini, have completed a coalition agreement and confirmed a prime minister to lead Europe’s third-largest economy. On Wednesday, President Sergio Mattarella accepted the nomination of Italian lawyer and political novice Giuseppe Conte as the country’s prime ministerial candidate under a coalition government. This follows the publication of a coalition document on Friday, which outlines the key positions of the Five Star Movement and League on everything from tax rates to migration policy to relations with the EU.

The coalition document calls for massive overhauls to economic management, including a review of all EU fiscal and monetary rules. The coalition would introduce a double-tiered “flat tax” regime on income for individuals and companies, with rates set at 15% and 20%, as well as a fixed deduction of €3,000 for families, leading to more “fiscal equity.” It would also give Italian citizens below a certain income level €780 per person to “guarantee the dignity of the individual and stoke the working potential of our country,” in addition to a €2 billion investment for the reorganisation and strengthening of employment centres to help the unemployed find work. Moreover, it would get rid of the 2011 Fornero pension reform by allowing people the chance to leave work if the “sum of their age and years of contribution is equal to 100.”

With regard to the EU, the document calls for a review of all rules related to the single market, a “radical” review of EU bail-in rules, and a “redefinition” of the “goals and mission” of Monte dei Paschi di Siena, the bailed-out Italian bank in which the state is a majority shareholder.

Italy is the Eurozone’s third-largest economy and the second-most indebted, after Greece, with a public debt of about €2.3 trillion, according to the Bank of Italy, or about 132% of Italian GDP.

Claudio Borghi, a League Member of Parliament responsible for the party’s economic policy, said last week that the party does not want the European Central Bank to cancel Italy’s debt, but to change the way the debt it holds is used to calculate spending limits under the EU treaties.

When it comes to immigration, the Five Star Movement and League call for a “review” of EU missions in the Mediterranean to prevent arrivals of boats in Italian ports without shared responsibly from other countries; a reform of the Dublin treaty to force the “automatic and mandatory relocation of asylum seekers among EU member states”; the establishment of “temporary stay facilities” in each region to house as many as 500,000 migrants earmarked for deportation within 18 months; and stepped-up checks and the closure of radical Islamic associations, mosques and places of worship through the creation of a special law.

Italy has become a flash point for the migration crisis in Europe, as its position across the Mediterranean Sea makes it the first port of call for migrants arriving by boat, largely from Africa. In 2017, more than 119,000 migrants arrived in Italy after traveling by sea, according to data from the UN’s International Organisation for Migration (IOM) – and that was the lowest number of migrants in four years. In 2016, at the height of the crisis, more than 181,000 people made the journey to Italy, with about 4,500 recorded as dead or missing, according to IOM.

Even with a number of areas in which the Five Star Movement-League coalition seems to pushback against the EU, one issue the two have in common is climate change. The coalition document calls for incentives for the purchase of hybrid and electric vehicles to speed up Italy’s implementation of the Paris climate accord.

Prime ministerial nominee Giuseppe Conte, for his part, said in his acceptance speech on Wednesday that he is “aware of the need of confirming Italy’s European and international standing.”

There is still the possibility the coalition deal does not go through, or if it does, it could be difficult for the governing group to implement its policy visions. Mr. Conte, who teaches law at the University of Florence, is now tasked with forming a cabinet of ministers and presenting his proposals to President Mattarella, who must give final approval of the cabinet. The president also has the power to approve or reject specific bills in the government’s programme.

Assuming the president accepts both the cabinet and the coalition document, the final hurdle will be securing a vote of confidence in both houses of parliament. Silvio Berlusconi has already said that his party, Forza Italia, will not give approval in the vote.  These comments came after Mr. Berlusconi agreed earlier not to impede the Five Star Movement-League alliance following the League’s decision to scrap its alliance with Forza Italia.

Even if, without Forza Italia’s vote, the coalition receives the mandate to govern from parliament, the coalition would have only a small majority in the Italian Senate and may need the political backing of Berlusconi’s party to pass key legislation.

Earlier this month, an Italian court lifted the ban on Berlusconi running for public office over a tax fraud conviction, meaning the 81-year-old media tycoon who served as Italy’s Prime Minister in four governments might want to run as the Forza Italia candidate if there is a new election. 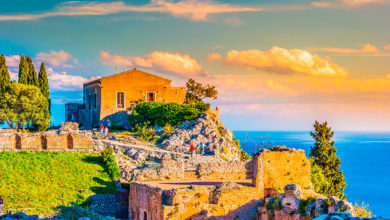