In a boon for European populists, the Italian right-wing Party, the Northern League, made significant gains in the European elections just over a week ago with national polls seeing them take 34.33 percent of the vote. Matteo Salvini, Italy’s Minister of the Interior and the party’s general secretary, tweeted photographs of himself grinning, while holding a placard which read: ‘Italy’s number one party, thank you’.

Results from the tiny island of Lampedusa, often referred to as a migrant stepping stone to Europe, bore testimony to Salvini’s claim. The island’s inhabitants – or at least those who turned up at the polls (the turnout was just under 27 percent) – threw their support behind Salvini’s party, which polled well above the national average at around 45 percent. In a recent press conference, he pledged to make migration ‘the first battle in Europe’.

The bellicose rhetoric on which the Northern League’s campaign was based – coupled with concerns over Italy’s demographics with calls to halt ‘the invasion’ of immigrants “organised, funded and planned by Brussels with the complicity of Rome” – will receive significant pushback from some of Italy’s new representatives heading to the EU parliament.

First among them is Pietro Bartolo, a native of Lampedusa, known as the ‘Doctor of Migrants’, who secured over 250,000 votes running for the centre-left Democratic Party. Gaining widespread exposure from the Academy Award-nominated documentary, Sea of Fire, which covered the refugee crisis from the perspective of those living on the island, Bartolo has spent the past three decades advocating for migrant rights, while treating those who wound up on Lampedusa’s shores, attempting to reach Europe.

Disheartened by the Northern League’s success, he explained to The Guardian, “We are in the midst of a freak wave of fascist forces”.  Last week, he affirmed his commitment to continuing his advocacy in the European Parliament, writing in a Facebook post to his constituents, “I will bring your voice to Europe. Now, to work without fear.”

In Lampedusa, it’s business as usual. On the 15th of May, Salvini announced he had signed an injunction banning the rescue vessel Sea Watch Three access to Italian waters, declaring on twitter “Our ports are, and remain, closed to migrant rescue boat[s].” Five days later, 47 migrants disembarked at the island’s port, the Interior Minister’s decision having been overturned by the local coastguard.  On the 30th of May, a further 178 migrants were rescued by the Italian Navy, and brought to Lampedusa. The pattern follows a wider trend of local authorities, such as Naples, Palermo and Florence, undermining central government directives to do with migrants on the basis of the Italian Constitution and International Human Rights Law.

While coverage of Lampedusa has dwindled in recent years, as the bulk of migrant crossings to Europe have shifted westward to Morocco and into Spain, the mayor of the island, Totò Martello, insists the crisis is as real as ever. In April of this year, he visited the European Commissioner for Migration, Home Affairs and Citizenship, Dimitris Avramopoulos, in Brussels. Speaking to the press, Martello highlighted the fragmented state of the discourse back home. “In Italy, they don’t want to understand”, he said. “They don’t want to understand, because if someone talks about reception, open and closed ports, there are immediately threats and intimidations on the part of those who foment hate.”

While the Northern League has made significant inroads in recent years with southern constituencies hit hardest by the crisis, Martello dismissed Salvini’s gains as a ‘pyrrhic victory’. “Salvini only got 600 votes out of 5,274 eligible voters, of which only 1,404 turned out to vote”, he said in a recent press conference. Progress is progress though; less than a decade ago the party advocated for the secession of the North of Italy as part of the Padanian separatist movement. It is now a force to contend with in an area it spent years deriding.

The island of Lampedusa lies 70 miles off the North African Coast, and is Italy’s southernmost point.  Covering an area of just under 8 square miles, and home to around 6,000 inhabitants, during the height of the Arab Spring – in 2011 –  it received up to ten maritime arrivals per day. It achieved further international notoriety in 2013 when a boat sank less than a mile off its coast, killing an estimated 360 refugees. While traffic has significantly slowed since then, the migrant passage between North Africa and Lampedusa is still the Mediterranean’s most deadly. In January alone of this year, 143 refugees died making their way to the island, accounting for just under three quarters of fatalities in the Mediterranean that month.

Matteo Salvini’s meteoric rise in Italian politics has been propelled by anxieties over migration, for which Lampedusa has become a byword. In 2018, his first legislative success as Minister of the Interior was removing the humanitarian grounds for claiming asylum in Italy. Subsequent months saw him consolidate a bullish, ‘no-nonsense’ attitude towards migrant affairs by closing ports to rescue vessels, and threatening Italy’s 500,000 undocumented migrants with deportation.

Many think he is Italy’s next prime minister. While his party started off as a junior partner in Italy’s coalition government with the Five Star Movement, a poll taken at the end of 2018 by La Republica saw 58 percent of Italians identify Salvini as Italy’s leader, with only 16 percent identifying Giuseppe Conte, the country’s actual premier, at top rung. Emboldened by the recent EU elections Salvini may attempt to go at it alone if a general election is called later this year or in early 2020, an eventuality many political commentators deem likely.

Known for illegally donning police fatigues at press conferences, Salvini and his tough guy theatrics play off a disjuncture between the perception and the reality of the state of immigration in Italy. According to Tito Boeri, President of the country’s state pensions agency, Italians assume immigrants account for 26 percent of the population; the real proportion is closer to 9 percent. The distance between these two measurements is the largest in Europe. “It is not just disinformation. It is real prejudice”, Boeri says.

While Salvini’s use of optics and savvy positioning on the crisis may have translated well with the Italian electorate, the relative decline in migrant arrivals to Italy has more to do with his predecessor than any measures passed by the current government. Arrivals by sea reached their peak at 180,000 in 2016; by 2018, this number had dropped to just under 24,000.

Most commentators attribute this shift to the controversial policies of Italy’s former Minister of the Interior, Marco Minniti, who brokered a deal with Libya’s tribal militias and coast guard to reign in human traffickers. Instead of making the crossing, thousands of migrants are now detained in detention centres on the Libyan coast in part of a wider programme for the externalisation of Europe’s borders.

“There is no migrant emergency in Italy”, Minitti told the BBC in an interview last year. “But the new government can’t say this – because if they did they would start liberating Italians from their fears. They need to stoke the issue, always finding an enemy.”

Measures used to curb migrant flows have been criticised, on both humanitarian and practical grounds. With Italy’s flagging economy, and a shrinking population that is also the world’s second oldest after Japan, many see immigration as a key part of the solution to the country’s woes.

The municipality of Riace in Calabria became world famous for its model of integration, providing thousands of migrants with skills, training, and housing over the past two decades. Its former Mayor, Domenico Lucano, was listed in Fortune Magazine’s ‘50 Greatest World Leaders’ for his efforts. Like many towns in rural Italy, Riace suffered from a steep population decline, which was reversed by the mayor’s policies – it now has 1,500 inhabitants, up from a low of 400 in 1998.

Lucano has since been arrested by Matteo Salvini’s government for allegedly helping to arrange marriages of convenience/citizenship for migrants without permanent residence status.

Even here, Salvini’s stance on immigration has translated into electoral gains, with the Northern League also coming first in polls, securing 30 percent of the vote. “The two towns that the left chose as symbols, as anti-Salvini – Riace and Lampedusa – are seeing the League as the top party”, he said triumphantly, at a recent press conference.

The recent EU elections have done little to establish a consensus over how to deal with immigrants in Italy, or the extent of the migrant crisis. What is clear is that new arrivals in places like Lampedusa will continue to set the tenor of Italian politics. The right appears to be winning the battle over how these arrivals are framed, aided and abetted by what Pietro Bartolo likes to call ‘media terrorism’. In a Guardian Op-Ed, published before he assumed office, he explained what this involves: “An operation of “mass distraction” is under way. And it is entirely underpinned by skillful, rhetorical artifice. Pay attention to this. Instead of people – a term that is never used – we hear about migrants, refugees, asylum seekers. The difference is enormous.” 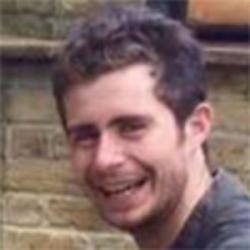 Ian Trueger is a freelance journalist based out of London. With a BA in History from Columbia University, he has previously contributed to the BBC, the Financial Times, Quartz, and Scroll.in. 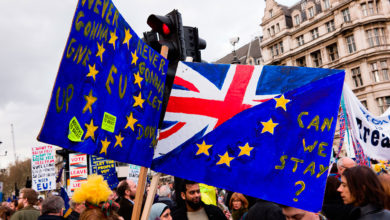