Earlier this year, clickbait-friendly headlines gathered traction on the internet, when a town in Southern Sicily offered homes online for buyers at just one euro.

There is a catch of course. The deposit is eight thousand euros to secure one of these small, rundown – but picturesque homes – in the quaint town of Mussomeli, and the resultant necessary renovations could cost anywhere between 19 thousand euros and 180 thousand euros. Plus, if you don’t carry out the renovations within three years you risk losing the deposit.

Either way, the story drove some traffic to the tale of a Sicilian town that is rapidly depopulating. According to a 2016 report by the Italian environmental association Legambiente, nearly 2,500 Italian towns face serious depopulation, or even extinction. Set in a region famous for its wheat, cheeses, fig trees and vineyards, Mussomeli still has a population of over ten thousand people, but is losing hundreds each year as they search for economic opportunities in cities to the north, or abroad.

Similar promotional schemes have become commonplace across Sicily in villages such as Ollolai and Sambuca.

Even the Sicilian capital Palermo is not immune to the economic hardships that have had such an impact on the island. 32 year old Masters graduate Sasha Taormina told the Financial Times that the “job market is dead”, adding that she will have to eventually leave to find a real job, and that economic independence was almost impossible if you are young – particularly if you are a woman. She currently earns about three hundred euros a month from casual waitressing work, and distributing flyers.

On a national level, lack of employment opportunities have hit younger generations the hardest. 25 percent of Italians between the ages of 15 and 34 are not in formal education, employment or training, which is abbreviated as Neet. That means more than 3 million Italians find themselves in this situation, but in Sicily the percentage peaks at 42 percent of those within this age bracket. The island has a population of just over 5 million.

On a general level, Eurostat figures show a Sicilian youth unemployment rate of 57 percent – amongst the highest in Europe. Along with Greece, Italy is the only nation that has not seen its labour market rebound from the economic crisis. A sociologist at the University of Palermo, Fabio Lo Verde, said in the FT report that the fact that the economy was still lagging behind created a series of knock on effects, in terms of employment, that hits the younger population particularly hard, especially women. “They are most fragile and exposed to exploitation”, Lo Verde added.

With the population profile on the island ageing consistently for the last half of the century, the effects on communities, particularly rural communities, can be devastating. The cut price property offers of towns like Mussomeli are but one warning sign of a growing crisis.

Indeed, the village of Acquaviva makes Mussomeli seem almost bustling in comparison. In the 1950’s, this central Sicilian town had a population nearing four thousand employed in agriculture or in nearby mines. Today the headcount stands at eight hundred.

A recent Guardian report on the Sicilian situation put its decline in line with Italy’s gathering population crisis, second in the world only to Japan’s, which has seen the national population dip below 55 million for the first time in 90 years. As reported in the Guardian article, the bells of Acquaviva ring out when a baby is born. Yet at best, they ring two or three times a year in a town whose average age is over 60, and which has between 20 and 30 deaths each year.

“Many of the people here live off their pensions. The primary school has just two classes. One of the few activities that allows the recruitment of young people in the town is a home for the elderly. Unfortunately, the fate of Acquaviva is no different from that of other towns in Italy”, said the town’s mayor, Salvatore Caruso.

Sicily’s problems are the same as Italy’s – just amplified. Matters are complicated further by ongoing issues such as the migrant wave stemming from Africa, and a coalition government that has steadily sought to blame the European Union for its national woes.

The two ruling parties have both provided inconsistent and rhetoric heavy solutions to the crisis. The 5 Star Movement rolled out a universal basic income scheme, but the qualification criteria has been criticised for seeming to eliminate many of those it professes to target.

Matteo Salvini’s League party suggested that older people retiring early would free up jobs for younger job seekers; an unworkable solution at a stage when in many towns and villages those approaching retirement make up the vast majority of those fortunate to have a job.

Both solutions are unlikely to help people like Mario Sancataldo, a 25 year old hospitality management graduate who lives with his grandmother and has not earned more than five hundred euros a month since he earned his diploma seven years ago. “If you want to work you must adapt”, he told the FT in their report on the Sicilian situation. “I did, sometimes working fourteen hours a day for 40 euros, without signing any contract. Employers know how desperate young people can be and use that to pay you even less. My dream would be to find an ordinary job and go live by myself, but it seems impossible”, he added.

The OECD’s 2019 economic survey of Italy pointed to key factors restraining growth, while also pointing out some viable remedies. “Increasing productivity growth is key. Boosting productivity will require enhancing competition in markets that are still protected, such as professional services and local public services; raising innovation and business dynamics, including through strengthening targeted incentives and removing incentives for SMEs to stay small and obstacles hampering their growth; and completing the reform of the insolvency regime”, the OECD said.

“Among the reforms proposed in the Survey, those concerning the efficiency of public administration and justice system would have the largest impact on GDP growth, by strengthening the rule of law, thus supporting investment and productivity growth. The expansion of active labour market programmes and reducing social security contributions would also generate large benefits by boosting employment and social inclusion”, it added. 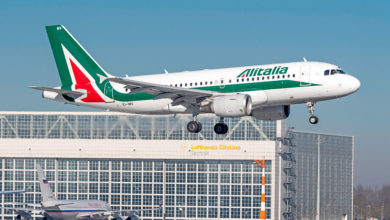 Are There Clear Skies Ahead for Alitalia?