Share
Facebook Twitter Google+ LinkedIn Pinterest WhatsApp Share via Email Print
Vincenzo Boccia is president of Confindustria, the Confederation of Italian Industries, a role he has held since 2016. Boccia joined Confindustria in the early 1990s, actively participating in the Young Entrepreneurs Group and later becoming the National Youth Vice President. He is also head of Graphic Arts Boccia Spa, the family business that has been working in the graphic design sector for more than five decades.

For more than a century, Confindustria, or the Confederation of Italian Industries, has been the leading voice of the Italian industrial sector. With over 150,000 companies partaking, it is the largest trade association in Europe. And it supports Italy, a country that is the second-largest industrial player in Europe, after Germany.

“We could become one of the leading industrial countries in the world,” says President of Confindustria Vincenzo Boccia, “if we could solve even just a part of our problems.”

Confindustria has an ambitious plan to make that happen. Announced during the organisation’s General Assembly in Verona on February 16, the plan aims over the next five years to create at least 1.8 million jobs, reduce the ratio between public debt and GDP by at least 20 points, and grow real GDP by 12 percent, all while strengthening the export market.

“To fulfil this mission, we need €250 billion worth of resources, which can be funded through the balance of the state budget starting by combating tax evasion, and with a fiscal reform that will help producers,” says Boccia, who has been involved with Confindustria since the early 1990s. Boccia has noted in talks with several different sources that contributions from Europe could amount to €93 billion by freeing up resources to invest in infrastructure, training, research and innovation. The private sector, on the other hand, could contribute up to €38 billion through investments in the real economy and by focusing on economic policy objectives.

Additionally, Confindustria is working to strengthen small and medium-sized enterprises (SMEs), empowering them to expand and become more competitive. “Small is no longer beautiful to us,” Boccia comments. “We need to move on, and expand, because global markets are niche markets and niche markets are markets for Italians and Europeans.”

Boccia, who is head of his family’s graphic design business, Graphic Arts Boccia Spa, adds, “We must move beyond the family businesses model, which does not mean losing ownership and, rather, implies opening up a company’s capital along with a family-based governance. It entails being more strategic, less hyper-effective, and behaving more like entrepreneurs, and not just manufacturers.”

Over the past few years, the Italian government has implemented measures for a higher growth model. The Jobs Act, for example, was a major labour market reform approved by the Italian Parliament in December 2014 and designed to strengthen active labour market policies that improve job matching and reduce structural unemployment. The Industry 4.0 Plan, which was launched in 2016 to generate money for technology research and innovation, produced about €80 billion of investment in 2017. Last year, Italian exports grew by 7.4 percent, valued at a total of about €450 billion.

In March, Italy held a general election in which no political party won an outright majority. The two groups with the most votes – the Five Star Movement and the League – have been in negotiations to reach a deal to break the impasse and form a new government. Confindustria met with all political parties before the election to present their economic plan and pledged to collaborate with whoever is next in power in order to continue accelerating the growth of the Italian industry.

“We clearly addressed all Italian parties that started their electoral campaigns, evaluating plans based on the effects they will have on the real economy, instead of focusing on ideological matters,” Boccia explains.

Confindustria is also taking things a step further with its plan from the Verona General Assembly by partnering with other Confederations of Industry in Europe in bilateral and multilateral relationships. This will be done in an effort to “manage the country’s positive transition focusing on the industrial sector, as well as at a European level.”

Confindustria has allied with the German and French Confederations of Industry to “react to the Chinese Silk Road, to Chinese industrial policy, and to aggressive American fiscal policies,” says Boccia.

For example, the groups support trans-European infrastructure networks that connect countries and make Europe more competitive. “This should respond to the Silk Road, which cannot be one-directional. It is not enough for products to come to Europe from China. Products also need to enter China through Europe, and Europe can be part of a great challenge,” Boccia remarks.

“Infrastructure is not an industrial issue, nor is it a matter of manufacturers. It is a matter of European connectivity,” he adds. “We strive for a Europe that is less about governments, a more political Europe, a more integrated Europe, and a Europe with great governance, capable of dealing with major world powers.”

Quoting Jean Monnet, one of the European Union’s founding fathers, Boccia says, “My objectives are political; my explanations are economic.” By that he means, “Confindustria wants to contribute to these ‘economic explanations’ to achieve greater political goals for Italy and Europe.”

Therefore, the industrial sector, in his opinion, must become the focal point of national and European policies. 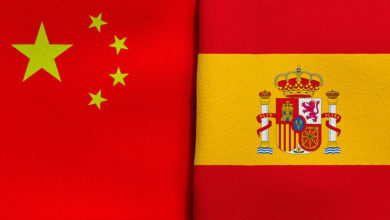