Share
Facebook Twitter Google+ LinkedIn Pinterest WhatsApp Share via Email Print
Kenneth Farrugia has been Chairman of FinanceMalta since 2009, and is a leading proponent of the benefits of DLT and associated technologies within the financial services space. He is also Chairman for Malita Investments Plc, Chairman of Malta Funds Industry Association, Chief Business Development Officer at Bank of Valletta Plc, and sits on the board of BOV Asset Management Ltd.

Malta’s geographical location has historically made the island a natural staging post for global trade. With commerce between nations now carried via fibre-optic cables rather than wind in the sails of merchant ships, there was always the possibility that the EU’s smallest member state could be left floundering in the ebb and flow of continental power plays.

That Malta has, instead, become a focal point of the global financial services sector is testament to the spirit of a country that has always found a way throughout its 8,000-year history to turn its size to its own advantage.

The most recent – and on the international stage keenly scrutinised – example of this was the groundbreaking regulation in 2018, of Distributed Ledger Technology (DLT) and blockchain services. As the first country to take this step, Malta became –  almost overnight –  a case study for the international banking community, which has been tentatively circling the issue for several years.

At the forefront of paving the way for international businesses to set up shop is FinanceMalta, a public-private initiative that was set up to coincide with Malta’s entry into the EU in 2004. Initially a platform to smooth the transition of traditional banking entities into the country, FinanceMalta increasingly finds itself acting as a guide to the emerging encroachment of cryptocurrency on the market as a whole. That, says FinanceMalta Chairman, Kenneth Farrugia, was the focus of the institution’s 12th Annual Conference in June.

“Ultimately, what operators are interested in is ‘How do I apply this to my business?’ ‘How can I use technology to strengthen my value proposition?’ ‘How can I use technology to induce increased operation and efficiency?’” Mr. Farrugia asks, using two examples to answer the question: one applied to real-time flight statuses to provide delayed passengers with immediate compensation, and another that cuts trade finance transactions, from seven working days to 24 hours.

“There are I think, some twelve banks already on this platform, and another 40 banks lining up”, he adds. “If it’s in the asset management space, if it’s in the insurance space, there will be significant changes in the sector over the next five to ten years.”

FinanceMalta’s efforts in establishing the island-nation as a financial centre and a competitive jurisdiction across international markets.

At an EU level, Malta is leading the way, attracting interest and investment from across the eurozone and taking a prominent role in the development and adaptation of an EU-wide DLT regulatory framework. As a relative latecomer to the common market party, Malta faces challenges to establish itself as a competitive jurisdiction with the likes of Luxembourg and Dublin so firmly established, but the government’s ability to implement reforms swiftly, and the dexterity of the financial services sector to adapt to the ever-changing landscape of the digital economy make the country an attractive destination for international investors, not least those with half an anxious eye on the potential fall-out from the UK government’s high-stakes game of deal or no deal concerning Brexit.

The benefits of co-locating in Malta.

“Jurisdictions like Luxembourg, and like Ireland and the UK, were in the industry for quite a few decades before Malta entered the fray. The biggest challenge was to put Malta’s value proposition on the table, in an industry which was well developed. We set up FinanceMalta specifically for that”, says Mr. Farrugia, who highlights the benefits of a co-location model for UK companies: “Imagine an asset management company in the UK that is passporting products and services into mainland Europe, and they need the European presence. All they could do is – there are a number of models – but a plain vanilla one would be [to] open a subsidiary of that company here in Malta, get it licensed in Malta, and use that operation here to front the European business. They will find it easy to adapt to the legal regulatory framework here in Malta, because it’s very, very similar to that in the UK. Thirdly, Malta remains very cost competitive compared to other jurisdictions.”

Malta has remained largely unscathed by the ravages of the eurozone crisis of the past decade, with GDP growth over the past five years averaging almost 7 percent, based on the country’s successful drive to diversify its services-based economy, particularly in the area of digital technology, a field that accounts for some 11 percent of GDP and employs over 10,000 people.

In 2018, Mr. Farrugia noted that “Many observers are predicting that blockchain will affect businesses in much the same way that the internet revolutionised the way we live and work.” While that technology has struggled to yet make the impact forecast when it first emerged – partly because of negative press surrounding certain aspects of its potential uses – Mr. Farrugia believes that “virtual financial assets are here to stay”.

Some resistance at a consumer level is inevitable, but who could have forecast the prevalence of Microsoft Word over the pen today, some 25 years ago? However, Mr. Farrugia is quick to point out that this revolution will not happen overnight, either.

The blockchain island’s efforts in revolutionising the financial services sector.

Persuading those banks to come down on the right side of that barrier, from Malta’s viewpoint, is key to the country’s efforts to position itself as the “Blockchain Island” – the first point of call for international institutions making the leap towards blockchain technology. As with all progress throughout the course of history obstacles are inevitable – not the least the need for anti-money laundering regulations to assuage concerns over the greyer areas of the sector – but Mr. Farrugia remains confident that these will be overcome.

“I firmly believe that the application of blockchain technology is set to revolutionise the financial services sector over the coming three to five years as we see this technology unfold, disrupting traditional processes and procedures and disintermediating traditional service providers”, he notes.

The prevailing wind certainly favours Malta with the EU increasingly following its lead in regulatory and implementary innovation.

A traditional Maltese proverb states: “Do not buy fish while they are still in the sea.” Before they can be landed, the net has to be cast. As Mr. Farrugia notes, with uncertainty over Brexit looming above every aspect of the European business landscape: “Now is the crunch time. SMEs today are really scuttling to identify the strategic options, the operational options, which will allow them to sustain business in mainland Europe, and I expect the level of inquiries to accelerate now; and we’re seeing that particularly in Malta.” 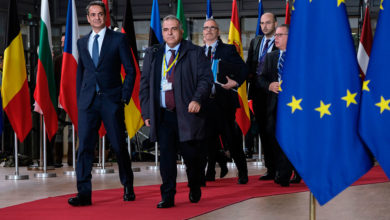 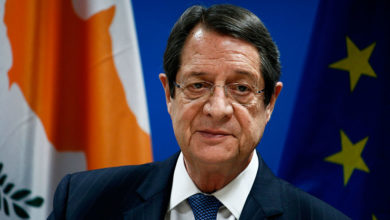 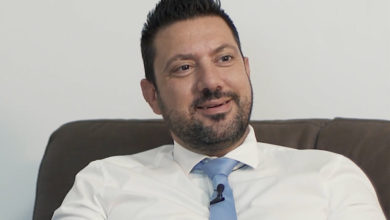