Energy security is an increasing concern in Malta, a small island nation that spans just over 300 km².  The Mediterranean nation has historically relied on oil to meet its energy needs but has, over the past few years, been transitioning to a gas-based economy. These changes have been made in an effort to reach the Paris Climate Agreement goals and the Emissions Reduction Targets of the EU’s Energy Union. However, the country still imports the majority of its liquefied natural gas (LNG), making it a cleaner, yet still a dependent, energy consumer.

To make matters worse, electric prices soared last year, leaving Valetta relying more on its sole undersea electricity cable that links it to Sicily and, thus, the European grid. The price of electricity provided by the interconnector still rose by 25 percent last year compared to 2016.

In order to improve its energy security, while ensuring that it’s on track to increase energy efficiency and reduce emissions in line with regional and global goals, Malta is implementing a three-pronged approach: building a new gas pipeline connected to Italy that will link the island to the trans-European Natural Gas Network, constructing a new gas-fired power plant in Delimara to further reduce reliance on oil, and expanding the renewables market with a focus on solar.

The 159km-long, bi-directional Malta-Italy gas pipeline – which has been marked as a project of common interest (PCI) by the European Commission and has a budget of 322 million euros – is due to be complete by 2024, pending results of environmental impact studies. The stated goals, outlined by Malta’s Ministry for European Affairs, include:

Malta is on track to meet its 2020 energy efficiency target of 27 percent with this new pipeline, the new gas-fired power plant, and the interconnector to Sicily that has been in service since 2015. The latter is estimated to operate at about 50 percent efficiency, and the gas-fired power plant is predicted to operate at the same. This is a set up compared to Malta’s older power plants, which operated between 27.5 and 31 percent efficiency.

However, there has been controversy around the new gas-fired power plant Delimara 4, valued at roughly 400 million euro, and operated by Electrogas (a consortium of local businessmen, Siemens, and the state-owned Azerbaijan company Socar, which supplies the LNG to the plant). Enemalta, Malta’s main electricity supplier, has expressed a number of reservations about the plant’s reliability. Under a government contract, Enemalta is committed to buying energy from the gas plant for 18 years.

Still, the plant, which opened in April 2017, has already done some good. Prime Minister Joseph Muscat, a supporter of the plant, announced last December that “without the new power plant, we would have been 24MW short, meaning an area the size of [the island of] Gozo would have been blacked out.” Moreover, the plant, which consists of three industrial gas turbines and one steam turbine, produces cleaner and cheaper energy than the outdated oil-fueled plants.

Another focal point for the Maltese government has been developing its renewables sector. The main mechanism is a feed-in tariff, and the main source is solar from rooftop photovoltaics. As many as one in five of the residential building stock has a PV system, which has sent Malta’s capacity skyrocketing from nearly zero a decade ago to more than 50 percent of the national output.

As of 2016, six percent of Malta’s energy was generated through renewables – more than half of the island’s 2020 target of 10 percent.

Geoffrey Saliba, the Investing in Energy Project Manager within the Malta Business Bureau, writing for Germany’s Energiewende predicted, “Considering the growing interest in PV by the residential, the industrial and commercial sectors, it is highly likely that Malta will meet and potentially exceed the 2020 renewables energy target of 10%.”

While the outlook seems positive for Malta’s energy transition to cleaner energy and more independence, energy insecurity remains a growing concern. Hopefully the planned Malta-Italy pipeline, improvements in the new Delimara 4 gas power plant, and continued expansion of renewables – including to other sectors beyond solar – will make Malta’s energy future more secure over the coming decades. 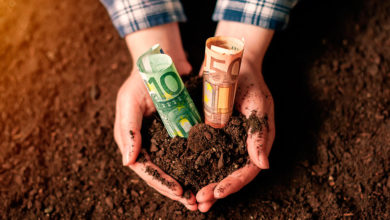 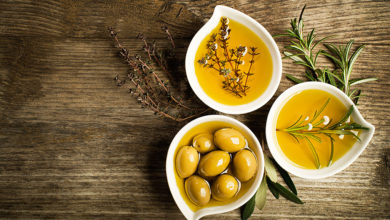