Earlier this month the island-nation informed its EU partners that it was no longer taking part in a mission to prevent arms from reaching warring factions in Libya – only four days after the European operation kicked off naval and air patrols. The move was made to protest what Malta believes is an EU failure in solidarity towards the frontline state in helping it handle the rising influx of migrants arriving from Libya, which has increased since April due to the escalating conflict.

While Malta is not a great European military or naval power, the country’s withdrawal is a serious and symbolic blow to a joint mission, which took months of negotiations between various EU states due to sharp disagreements over which countries, if any, would take in migrants rescued at sea.

EU Foreign Affairs Chief Josep Borell has warned that the EU risks becoming irrelevant in its own backyard if they fail to act with Libya and leave its fate to Turkey and Russia, instead of working to influence affairs in their own neighbourhood. An EU spokesman told Reuters that the mission “is a concrete example of how the EU wants to contribute to the peaceful settlement of the conflict on Libya,” noting that its mandate is to enforce the United Nations’ arms embargo. Malta’s pull-out means the union’s ability to enforce the embargo is threatened, even though the EU is unable to patrol Libya’s border with Egypt, through which Libya obtains most of the artillery being used in the conflict.

Libya and migration are two intertwined and deeply contentious topics that divide the EU. Military commander Khalifa Haftar’s Libyan National Army (LNA) is backed by the United Arab Emirates, Russia, and Egypt. The LNA also receives clandestine backing from France, which seeks a truce between the warring factors. Italy maintains its neutrality in the situation, but has supported the UN-backed and internationally recognised Government of National Accord (GNA). Turkey also supports the GNA and is one of its strongest international backers. The situation in Libya is one of the few conflicts that pits European powers against each other – and where Turkey and Russia do not see eye to eye.

The Libya-Italy Memorandum of Understanding on Migration (LIMUM), a deal which provides Italian support to Libyan maritime authorities to stop vessels and return asylum-seekers to detention camps in Libya, was extended for another three years in February 2020. Many argue this move, both then and now, violates human rights as well as EU policies and international legislation. While the deal helped to curb immigration to Italy from Libya, it also meant migrants were returned to horrific conditions in Libya and their home countries in sub-Saharan Africa.

Complicating matters, NATO Secretary-General Jens Stoltenberg pledged support to the GNA, while Borrell has called for the two sides to lay down their arms and negotiate a political resolution, though such an effort is nowhere near fruition.

This situation allows Turkey another avenue to push its expanding influence in the eastern Mediterranean, prompting harsh criticism from Greece, which fears Turkey will use the political cover to continue drilling for hydrocarbons off the coast of Cyprus. This is outlined in a contentious – and contested – memorandum of understanding between Turkey and Libya, which delineates international maritime boundaries and a Turkish-Libyan exclusive economic zone – hotly contested by Greece and Cyprus – and deemed contrary to international law. Meanwhile, state-run oil firm Turkish Petroleum has moved to begin drilling in precisely those contested waters.

In addition to pulling out of the EU mission, Malta has vowed to veto decisions on Operation Irini. The bar will affect anything from the appointment of the operation’s new force commander, Italian national Ettore Socci, any disbursement of funds connected to helping migrants disembark, across to the use of port diversions and drones to help patrol the Mediterranean for people in distress, including disrupting human trafficking and smuggling.

This move is likely to drain the already cash-strapped operation of needed resources. Operation Irini counts on vessels from France, Greece, Italy, and Malta, as well as patrol aircraft from Germany, Luxembourg, and Poland. The European Satellite Centre provides satellite imagery support. Pulling out of this joint effort on the Mediterranean is also part of the long-running dispute between frontline nations and the rest of the EU, which has so far failed to provide adequate support for Southern European countries that have struggled with the onslaught of thousands of migrants seeking asylum. Maltese Foreign Minister Evarist Bartolo has openly voiced his disagreements to this disparity, criticising other EU governments for refusing to take in migrants that land at Maltese and Italian ports.

To cope with the 400 percent increase in refugee arrivals in 2020, which Malta states is a “disproportionate burden“, the island nation has closed its harbours and chartered two boats normally used for tours to hold the migrants just outside their territorial waters – essentially refusing to take responsibility for asylum seekers in their zone of influence or territory.

Malta has also been accused of pushing a boat of rescued migrants away from their territorial waters in mid-April. If true, this move violates international law; EU ships are required to rescue those in distress at sea, which includes the hundreds of thousands of individuals attempting to cross the treacherous Mediterranean. Fears of re-introducing vectors of coronavirus spread have also hampered efforts to open borders and ports, to tourism and migration alike.

Since Malta’s ultimatum, only France has agreed to take in 30 of the 162 migrants currently waiting on the two tour boats. Europe has yet to come up with a long-term plan to distribute the burden, including a much-needed migrant relocation framework.

Malta’s government has reported that 3,405 migrants arrived in Malta last year “as a result of human smuggling through the central Mediterranean route“. To date, 610 pledges for relocation to other European countries have been received, but only 88 of them were carried out. The remaining 2,795 migrants remain in Malta. According to the island-nation, only 8 percent of migrants who have arrived since 2005 have been relocated to other EU states – despite arrivals exceeding 21,000. Over 1,222 migrants have arrived in Malta since January 2020.

“While Malta has respected to the full its international and European obligations, the principle of European solidarity, which is also enshrined in European legislation, is not being adhered to,” the Maltese government said. 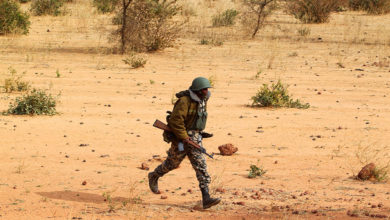