Cryptocurrencies and blockchain technology are infiltrating their way into our lives more and more with each passing day. While this emerging technology was originally created to support and facilitate cryptocurrencies like Bitcoin, its uses can span much more than just tracking the value of digital currencies between users. From stock trading, to buying and selling real estate, to paying for our healthcare bills, blockchain technology will be used to securely track and enforce a range of transactions. This is exactly what Maltese Prime Minister Joseph Muscat had in mind in February of 2017 when he first called on Europe to become “the bitcoin continent” and embrace virtual currencies.

The Maltese leader has been diligently working over the past year to realise this goal and transform the small Mediterranean island into a leading hub for financial technology in Europe. In April of 2017, his cabinet approved the first draft of a national strategy to promote distributed ledger technology (DLT). Speaking at a conference organised by the financial affairs parliamentary committee, he said “this is not just about Bitcoin, I also look forward to seeing blockchain technology implemented in the Lands Registry and the national health registries.” The Prime Minister hopes to infiltrate this emerging technology into all levels of Maltese operations, and stay ahead of the curve while doing so. “I understand that regulators are wary of this technology but the fact is that it’s coming,” he pointed out. “We must be on the frontline in embracing this crucial innovation, and we cannot just wait for others to take action and copy them. We must be the ones that others copy.”

The country had originally hoped to claim the title of first nation to launch a financial services license for blockchain technology, but was beat out by Gibraltar when the British overseas territory introduced a license at the tail end of 2017 in a bid to attract fintech firms from the UK ahead of Brexit. However, Malta is opting for quality over speed. In October 2017, the government published a proposed rulebook for investment funds focused on cryptocurrencies and asked for public feedback in order improve the proposed legislative framework.

Maltese MP Silvio Schembri, who is spearheading the cabinet’s ambitions to transform Malta into “the Silicon Valley of Europe”, reported that a regulatory body would be in place by the end of the first quarter of 2018. “This new regulator will help those who wish to invest in this sector to operate within a legal structure and gain the trust of millions of potential customers all over the world who want to make use of new services related to blockchain technology,” Schembri said. He estimated that if Malta was able to attract just one percent of the UK’s fintech industry to relocate to Malta, it would bring more than €200 million into the country’s economy.

The country has already installed Bitcoin ATMs and recently hosted the Blockchain & Bitcoin Conference Malta, which was attended by both industry experts and high-officials of the Maltese government. Despite being the smallest economy in the Eurozone, Malta already has an established financial sector and an attractive tax regime for businesses. Widening its offerings to include regulated services for DLT will only increase the number of investors and fintech startups that are looking for a new base following Britain’s exit from the European Union.

Meanwhile, the rest of the continent is slowly beginning to follow suit. On February 1st the EU Commission launched the EU Blockchain Observatory and Forum in an effort to spur the continent’s governments, industries, and citizens to benefit from blockchain opportunities. The forum plans to offer information and analysis on blockchain’s socioeconomic potential and enable cross-border cooperation to further implement what could be the future of finance around the world. 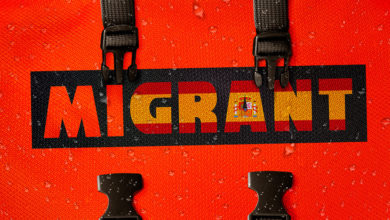