In yet another sign of approbation from its European counterparts, Portugal’s Finance Minister, Mário Centeno, was named president of the Eurogroup on Monday.

The election comes at a time when the coastal nation is basking in a string of national wins. With a former prime minister serving as Secretary-General of the UN, you wouldn’t be alone in forgetting that just 6 years ago Portugal was beset by a historic economic crisis.

But Centeno’s election to head up the coordinating committee for the Euro’s 19 finance ministers, signals the respect with which his peers hold Centeno, and Portugal’s successful resurrection of the Portuguese economy. None other than former German Finance Minister Wolfgang Schäuble, an austerity hardliner, has called Centeno “the Cristiano Ronaldo” of EU finance ministers. Insiders know this praise is more than mere politics. After all, Centeno is the only card-carrying socialist among the Eurogroup.

In September, S&P Global Ratings gave the nation a “stable” outlook and revised Portugal’s sovereign credit to BB+ from BBB-. It didn’t hurt that the economy grew by 2.9% in the second quarter, and both Moody’s and Fitch have given the government a “positive” rating in recent months.

So how did Portugal cut unemployment from 18% to 8.5% in such a short span of time?

The answer involves a number of positive policy prescriptions, but Centeno and Prime Minister António Costa, who came to power in late 2015, point to their decision to defy those preaching harsh austerity. Unlike some of its Southern European neighbors, Portugal refused to sharply cut public employee pensions and salaries. While deficits remained larger than other nations subjected to austerity measures, the economy was able to effectively regain its steam.

Additionally, by cutting the VAT from 24% to 13%, the economy sucked up more private consumption and tourism.

Portugal’s airports had more than 44 million passengers in 2016, an incredible 50% increase from 2011. And the trend doesn’t appear to be slowing down.

Between January and May 2017, Portugal saw an 11% rise in tourism—more than double the growth rate seen in Spain over the same period. Additional evidence suggests these tourists are spending more as well, with restaurants and bars in Lisbon seeing the largest wave of expansions in decades.

A second policy has been the government’s focus on digital businesses, with its national entrepreneurship program, Startup Portugal. Alongside a program to reduce the burden of regulations on existing businesses, Costa’s socialist government has received unexpected praise from the business community.

After the previous conservative government had trouble selling off banks hurt by the crisis, Costa’s government favored the splitting up of troubled lender, Banco Espírito Santo (BES), into a bad bank and a good bank. The policy has appeared to work, and now Costa has said private banks are healthy enough to sell off and recoup their bad loans independently.

Though bad loans still account for about 17% of total private loans in the sector, the government has implemented new policies to help banks coordinate their collection operations.

And even though it overrode the EU’s call for budget surpluses in 2016 and 2017, the government approved a budget in late November, with a deficit of just 1.1% for 2008, the lowest in four decades and below the IMF’s forecast of 1.4%. 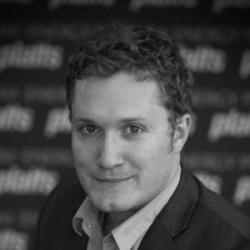 Clay Webster has more than a dozen years of experience reporting on the topics of personal finance, investing and energy markets. Previously, he covered coal and environmental markets for Platts, Asian stock markets for BecomeaBettorInvestor.net and mutual funds for US News & World Report. He lives with his wife and son in Addis Ababa, Ethiopia. 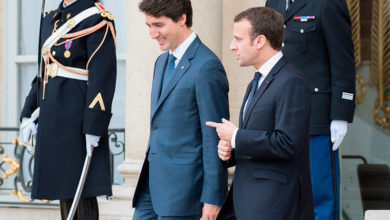