It is November 4th and the United Kingdom is still part of the EU.

Prime Minister Boris Johnson spent months proclaiming that Britain would leave the EU by October 31st. Despite his efforts, the government demanded that Johnson petition the EU for yet another extension in order to avoid a no-deal Brexit. A new deadline was granted until January 31st, though it is possible to leave earlier should negotiations prove successful. Complicating matters further, the UK will hold general elections just before the December 12th deadline – British citizen’s fifth time voting in three years. Johnson hopes the outcome will break the Brexit deadlock.

Ambassadors in Brussels agreed to the January deadline in only 15 minutes, pointing to the sense of Brexit fatigue felt across the Union. France, however, nearly derailed the vote.

Amélie de Montchalin, France’s junior minister for European affairs, announced that France could accept a “purely technical extension” lasting several days, “so that the British Parliament can finish its parliamentary procedure”, but that an extension meant to “re-discuss the deal” was “totally ruled out”. “We have already wasted too much time, we have found a deal, and now all of our energy must be directed toward enacting it without delay”, she said.

President Emmanuel Macron initially supported an extension, but only to November 30th. There was reluctance to grant anything longer – fearing that this leniency would take pressure off British politicians to ratify an agreement. Despite initial resistance, France prioritised the value of a united EU front and agreed to the three month delay.

The EU is showing apparent signs of exhaustion with Brexit, and departing European Commission president Jean-Claude Juncker has called it a “waste of time and energy”. Yet the EU is also keen on maintaining a united front and want to ensure that there will be no way for Johnson – or anyone else – to claim that Brussels is attempting to meddle or interfere with British politics. The fear of a no-deal “hard” Brexit and the havoc it would wreak on trade and free movement is still something both parties desperately want to avoid.

“The EU has been trying to avoid a situation in which London can point a finger to Brussels and say it’s all their fault”, said Rosa Balfour of the German Marshall Fund in Brussels. “A January 2020 extension, then, is the least controversial.” It is very likely that this one will not be the last, however, which could leave the EU grappling with the same issues in 2020.

This delay threatens to cause almost as many problems as it solves, as the UK is now required to propose a candidate for commissioner in the next European Commission. By law, each of the EU’s 28 countries must have one; France, Hungary and Romania are also still missing representatives.

The Cost of Brexit

“It’s time to unite the country and get Brexit done”, Johnson told a meeting of Conservative lawmakers soon after the decision was made to call for new elections.

Johnson’s gambit may very well backfire. His predecessor, Theresa May, bet and lost on early elections in 2017. Losing her slim majority in Parliament prevented her from ratifying her Brexit deal and signalled the end of her political career. This new election may decide the Prime Minister’s fate, as well as Brexit’s, a long four years after the initial referendum. Johnson is hoping for a Conservative victory, but if the results are inconclusive then the UK is in for another round of confusing options, increased political divisiveness, and perhaps even another referendum that could call the whole deal off.

In the span of time that it took for the EU’s three-month extension to come through, the value of the British pound sterling had dropped 0.2 percent. Johnson’s Brexit deal will leave the UK more than 70 billion euros worse off than if it were to remain in the Union, according to a study conducted by the National Institute of Economic and Social Research. Within a decade of exiting the EU, the GDP is likely to tumble 3.5 percent; Theresa May’s deal would have also caused a drop, but only by 3 percent. The worst effect would come from a no-deal Brexit, which would shrink the economy by 5.6 percent.

A spokesman for the UK Treasury responded to these concerns saying, “We are aiming to negotiate a comprehensive free trade agreement with the European Union, which is more ambitious than the standard free trade deal that NIESR has based its findings on.”

Even if trading terms remain unchanged from their current status, the climate of uncertainty will continue to take a toll – especially as investors become increasingly wary. NIESR has predicted that under these conditions the economy will still shrink by 2 percent – in addition to the 2.5 percent that has already occurred as a result of the 2016 Brexit vote.

Security will also take a hit. Ties with Europol and the EU remain “absolutely vital”, believes former head of MI5, Lord Jonathan Evans. “I find it very hard to see any security upside from Brexit. It seems to me that our task is to minimise the downside”, he said during a debate held by the Policy Exchange think-tank in London.

“If you look at issues such as terrorism in particular, the whole approach the UK has taken is one of integration between law enforcement and the national security agencies. The risk, in my view, with Brexit is that there will be differential impact on the one hand on the intelligence relationships, and on the other the law enforcement agencies.”

Once they exit the EU, the UK will potentially lose access to security databases. This includes  the Schengen Information System, which contains details for terrorist and criminal actors throughout Europe, as well as the European Arrest Warrant system. This loss of accessible data will make it harder for forces to keep everyone safe, and for governmental agencies to reliably share data.

Meanwhile, some British citizens are seeking dual citizenship in the hopes that they will be able to keep their access to the EU, and the benefits that come with it. 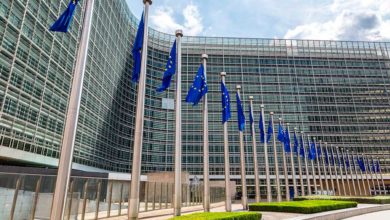 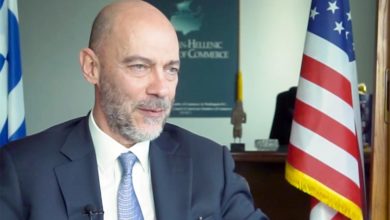