Transatlantic relations seem to be at a lower point than most. The latest example is the tensions between U.S. President Donald Trump and his European counterparts at the NATO summit in Brussels on July 11 & 12. However, despite Trump’s sometimes harsh rhetoric – the NATO summit ended in business as usual fashion.

In the middle of the two-day NATO meeting, and after lambasting allies for not spending enough money on defence and meeting NATO’s two percent of GDP spending goal, Trump and the 28 other NATO nations signed a 23-pages long summit declaration. The document states that all NATO members, including the U.S., agree to the following:

In addition, the document uses frank language in reference to Russia, stating that “Russia’s aggressive actions, including the threat and use of force to attain political goals, challenge the Alliance and are undermining Euro-Atlantic security and the rules-based international order.”

Trump’s main focus during the NATO summit was neither Russia nor any other concrete foreign policy matters; it was rather defence spending measured in cold hard percentages and euros. Trump, once again, showed his dissatisfaction with allies not sharing enough of the defence spending burden, and he went so far as to suggest that the goal should be raised in the near future to four percent of GDP. He also called an emergency meeting on the last morning of the summit, after the declaration was already signed, to further discuss defence spending matters.

The declaration mentions that nations are working toward the two percent target and states that allies will spend 20 percent of their defence expenditures on major equipment by 2024; but it does not go above and beyond the two percent mark or demand allies meet that mark immediately.

Still, at the end of it all, Trump said he believes in NATO, and “The United States commitment to NATO is very strong, remains very strong.”

NATO Secretary General Jens Stoltenberg echoed this sentiment at a press conference on Thursday, saying, “I really feel that NATO is more united now than before the summit.” He added that allies are stepping up in the realm of defence spending, adding around 35 billion euros for defence spending, in constant prices, since last spring.

Indeed, NATO’s newly released data for defence spending as a share of GDP in 2018 shows that more nations are inching closer to the two percent mark than in 2017.

So, after all of the rhetoric, the U.S. remains allied with NATO, while all members of the alliance are working toward strengthening their defences.

However, the same business as usual scenario does not hold for other important aspects of the U.S. – EU relationship. In June 2017, for example, President Trump withdrew the U.S. from the Paris Climate Accord – a 2015 pact signed by the EU and 195 other parties that aims to combat global warming – creating a rift between the U.S. and Europe’s climate leaders, especially France and Germany.

This past May, the Trump Administration announced it will impose new duties on steel and aluminum imports from the EU, Canada, and Mexico, amounting to a 25 percent duty on steel and a 10 percent duty on aluminum. Although the EU was previously given a temporary exemption, it expired and the U.S. is not offering a permanent exemption. The tariffs took effect on June 1, and the EU’s top trade commissioner is disputing them as illegal in the World Trade Organization.

In these realms – economics and trade, energy and environment, and diplomacy in general – it seems the perception that transatlantic relations are at a low point rings true. But in defence and security matters, the U.S. continues to work with its European partners to uphold defence of the Western world. This week’s NATO summit did not diverge from that position. 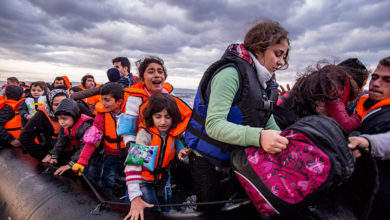 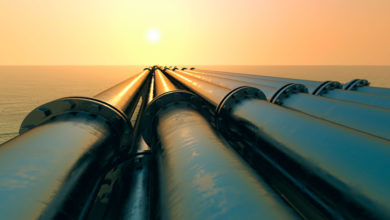