Europe has a new blueprint for dealing with the waves of refugees and other migrants from Africa and the Middle East who land on the continent only to be faced with a slow asylum procedure and uncertain future. Gerald Knaus, founding chairman of the European Stability Initiative (ESI), spoke this month on the two things the EU needs to do to realise a joint solution in managing the continent’s migration crisis: “the ability to quickly decide who of the people arriving need protection in Europe and who doesn’t. … Secondly, we need agreements with those countries of origin that are in the interest of those countries to work with us”.

These concepts have been on the minds of EU officials since the June European Council meeting, which concluded that:

Knaus, who was responsible for developing the blueprint for the EU’s refugee agreement with Turkey in 2016, explained that there needs to be a one-stop shop – in the form of migration centres across the EU – for migrants to request asylum and to appeal negative decisions, ensuring either fast distribution across Europe, or swift return home if asylum is not granted. Additionally, there needs to be agreements with origin countries to send back those migrants not granted asylum.

When it comes to migrants who are coming from countries with a low migration rate into Europe, i.e., Senegal, Southern Nigeria, and Ivory Coast, Knaus suggests that the Union use migration centres to “decide quickly that one in ten gets refugee status, the others don’t, then we need agreements with those countries … that may require them to take back their citizens after a fixed date – so it’s a limited number”. He explained that these agreements could be used to find a compromise. “If they do that, less people will come, and in return we should offer them legal migration quotas”.

With regards to the rapid decision migration centres, Knaus invoked the Dutch model, in which decisions on migration status, including appeal, are made within six weeks at the Ter Apel centre in the northern Netherlands.

The European Commission took the Council’s recommendations a step further when it put forward a developed outline and proposal of concrete measures to support the controlled migration centres in Europe and disembarkation agreements with third countries. The proposal includes financial support for member states who host the migration centres as well as an estimated 6,000 euros per person to cover infrastructure and operational costs for the transfers of migrants to those member states. The Commission also proposed that the EU provide financial and operational support for disembarkation platforms and for “border management with equipment, training and other forms of support”.

Frontex, the European Asylum Support Office, and Europol also plan to provide technical assistance for all of this. And the disembarkation agreements will be created in close coordination with the International Organisation for Migration (IOM) and United Nations High Commissioner for Refugees (UNHCR).

The key now is getting EU member states and North African origin countries to volunteer to set up these controlled migration centres and/or create disembarkation agreements.

Knaus thinks that for now, the focus on the EU side should be Southern Europe, since that is where migrants from Africa and the Middle East first enter Europe. In fact, the Western Mediterranean route between Morocco and Spain currently acts as the main entry point to Europe – now ahead of Italy and Greece. And although down from peak migrant crossings in 2015, migrant arrivals to Spain’s southern shores are on the rise.

“Spain wants and needs a solution that is humane and works”, said Knaus, adding that he thinks the migrant centres will be that solution and Spain could be one of the first countries to establish these centres and show the rest of the EU how they work.

Spain has recently shown “exemplary European spirit” in the words of the European Commission, in its management of migrants in recent months. In early August, Spanish Prime Minister Pedro Sánchez announced the creation of a joint command to coordinate all migration-related operations along the border to stem irregular crossings. This came at the same time that the European Commissioner for Migration was in Spain announcing a further three million euros in emergency aid to support Spanish border guards in curbing irregular migration.

Still, no EU member state has officially shown its intention to host one of these new controlled migration centres. Similarly, no specific North African country has yet been contacted about hosting a disembarkation platform.

As time passes and the European forced migration crisis rages on, member states will need to continue to prioritise collaboration in order to stop the ongoing waves of asylum seekers from tearing the Union apart. The bloc has a blueprint beginning, but more pan-EU structural decisions, as well as individual and multilateral member state undertakings are needed in order to realise profound change. 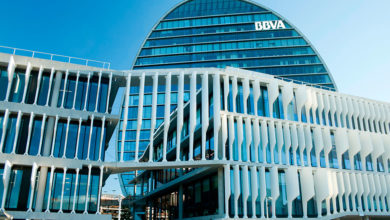