Malta’s Ministry of Foreign Affairs announced at the Organization for Security and Co-operation, in Europe’s 2018 Mediterranean Conference, that the natural gas pipeline between Italy and Malta will be operational by 2024.

The pipeline is considered a high priority in the ongoing effort to link Malta to Europe’s energy network, and will end Malta’s “gas isolation”,  according to Energy and Water Minister Joe Mizzi. Malta’s electrical network was linked to Europe’s via Sicily in 2015, but remaining on the periphery from the EU’s natural gas networks affected the security of Malta’s energy supply.

“To reduce this concern”, said Minister Joe Mizzi, “the Maltese Government has worked tirelessly over the past few years to increase energy diversification, mainly through the operation of an electricity interconnector with Italy, installing gas-fired power plants together with an LNG terminal, and now we are also in the study and planning phase to build a gas-pipeline with Italy”.

Because the Maltese currently import all their energy, they benefit from one of the lowest electricity tariffs in the EU. However, over the past five years, Malta has overhauled its energy sector, including the mass installation of solar panels. This pipeline will also help Malta cut emissions from shipping, as their aim is to slash emissions by at least 50% by 2050. While there is concern that changing the supply of natural gas could negatively affect energy prices, because Malta has been on track for hitting renewable energy goals, Minister Mizzi is confident that energy prices will remain low.

“Through a number of incentives, we have also seen a significant increase in the uptake of solar panels, and so far, Malta is very much on track to reach its 2020 Renewable Energy Target. Having said that, this overhaul was a balancing exercise for us, managing to achieve sustainable goals using cleaner energy, compared to our previous use of heavy fuel oil ,and at the same time managing to maintain affordable electricity prices; for a small Island this is not an easy task,” said Mizzi. Minister Mizzi concluded that diversifying energy resources is part of the long-term energy security goals for Malta, which include energy storage.

The pipeline is also part of an ongoing effort for Europe to solidify and diversify their energy interests in the Mediterranean region. This is especially relevant for decreasing dependence on Russian imports, a high priority after gas shipments were stopped for two weeks during the Ukraine crisis in 2009.

Legal Action Is Too Late for Alpine Glaciers 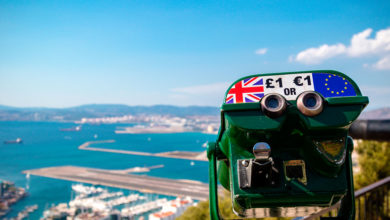