Portugal’s looking pretty good these days. Once upon a time stricken by a financial crisis, the country has become Europe’s ‘comeback kid’, having received a credit rating upgrade from Moody’s just as the rest of the eurozone slows down – ahead of another recession.

Credit rating agency Moody’s officially upgraded Portugal from stable to positive with a Baa3 rating, restoring it to investment grade and crediting Portugal’s declining debt burden and stronger banking sector for the change. Recent news that Portugal’s deficit fell below 445 million euros this summer proves the economy is prepared to handle such challenges, according to Finance Minister Mário Centeno.

Tax revenue is also up by 6.5 percent, and the total deficit has been reduced by over 2 million euros, and may possibly reach zero this year. Moreover, public sector wages have returned to pre-crisis levels.

“The first driver of the positive outlook is the continued improvement in Portugal’s fiscal performance, which is now expected to improve the country’s key debt metrics at a faster pace than anticipated a year ago”, Moody’s said. “The affirmation of Portugal’s Baa3 rating is also driven by macroeconomic fundamentals that balance the relative wealth and diversification of the country’s economy against its modest growth prospects and structural economic constraints.”

Portugal has also benefited from low crime rates, having welcomed both immigrants and foreign investors, along with a booming tourism sector – key in lifting the economy in the wake of the crisis that hit between 2010 – 2014.  The country received a 78 billion euro bailout in 2011 from the European Central Bank, the European Commission, and the IMF that was tied to austerity measures and structural reforms. The move triggered a deep recession along with the exodus of an estimated 300,000 – 500,000 people – many of whom were qualified professionals.

The Bumpy Road to Recovery

Despite the positive changes, Portugal’s debt burden as a percentage of GDP remains the third-highest in the eurozone, coming in just behind Greece and Italy. Portugal hopes to narrow the budget deficit to 0.2 percent of GDP, and see the debt ratio fall to 118.6 percent.

And while years of decline after the economic crisis are in reverse, most of the recovery has been in coastal cities like Lisbon. Rural areas that emptied out a decade ago are still in regression, a trend seen all over Southern Europe. While some investors are looking to target these struggling rural areas as well, financial support from the government has been thin.

International mining firms, interested in Portugal’s lithium deposits – a sought-after metal used in electronics – are getting a mixed welcome, with many rural residents concerned about the impacts on their local environment. And yet, mega-mining and commercial tourism would provide valuable capital to fuel further investments and much-needed job creation; something the government seems to agree with, as it is set to greenlight a lithium mine near Serra da Estrela.

In addition, worries about a future recession may affect Portugal’s bottom line. More than 80 percent of the country’s exports go to Europe, so slowdowns abroad may have a ripple effect. Still, it is likely that Portugal will avoid the worst of any future downturn.

The financial newspaper Dinheiro Vivo reported that, “of the countries determined by Eurostat, Portugal, Denmark, France, Lithuania and Finland were the only ones able to maintain or strengthen growth rates in the second quarter (of 2019). Portuguese exports to Germany and Italy remain at a reasonable pace despite the rampant anaemia in these countries – something that hasn’t happened in other reference markets”.

But with Germany set to have slow growth in late 2019 – Portugal’s third largest export market – concerns about wider effects across the eurozone are rising.

While in 2015 he campaigned as anti-austerity, critics have accused Costa of promoting “austerity-lite” policies, such as being too cautious with investments while slashing the deficit, and increasing indirect charges to make up for income taxes elsewhere.

Economist and university lecturer João Duque, who formerly advised Costa’s centre-right predecessor Pedro Passos Coelho, said that part of the reason unemployment is so low is due to the tremendous exodus of workers during the recession during Coelho’s tenure. “The fact that we don’t have many unemployed has come because many Portuguese are employed abroad. If the 400,000 to 500,000 who left were here now, levels would not be at 6.7 percent”, he said.

Nor is Portugal totally out of the woods just yet. State workers are protesting about lost earnings endured from the eurozone crisis, and tanker drivers recently staged a week-long strike over pay and workers’ rights, which led to the government rationing fuel at the height of the tourist season. Portugal also needs continued reform of its public administration and banking sector.

“To continue on this internationally-recognised path of convergence, we have to keep working, make the right investments and create the right policies for more and better employment and growth so that this country sees less inequality”, Costa told reporters last week.

Portugal’s overall strong recovery is very good news for Prime Minister António Costa, who seeks re-election in October this year. As his PS Socialist party starts getting ready to hit the election trail, Centeno said that Portuguese citizens should feel “satisfied because the image of Portugal today is one of credibility and confidence”.

The Socialist party is looking good in the run-up to the general election, with current polls placing them on the path to win an outright majority. With the party polling at about 43 percent, their next nearest competition, the Social Democrats, are lagging at 20.4 percent. Usually, a party needs 45 percent to secure a majority, but it is technically achievable with as little as 42 percent. A majority rule or coalition with an allied party means that the government can maintain its current policies in balancing the budget and attracting foreign investment.

Costa earlier ruled out forming a coalition with the far left if the Socialists do not secure a majority, but did indicate preferring to continue the current alliance with the Communists and the Left Bloc. This pact – which is not a formal coalition in which they would have government ministers – was considered tenuous when it was first formed back in 2015 to win power against Costa’s predecessor, Pedro Passos Coelho. However, it has since proven stable and functional, winning praise from the EU and foreign investors for both fiscal discipline and continued economic growth, allowing Portugal to roll back a number of the austerity measures imposed during the country’s economic adjustment programme.

“It’s best not to ruin a good friendship with a bad marriage”, Costa told the TVI channel. “It’s not a good idea to try to complicate our political life when we already have risk scenarios abroad.”

“The country needs to maintain stability and good policies. One of the keys to stability in the last legislature was each party keeping its identity. Had we had a formal coalition, the solution would have been much less stable”, he added.

Allied party Left Bloc also saw a bump in popularity, polling at 10 percent, while the Communists remained stable at 6.6 percent. But a potential new kingmaker party has arrived on the scene. The People-Animals-Nature party, or PAN, won a seat in the European Parliament, and is polling at just over 4 percent in some of the polls. 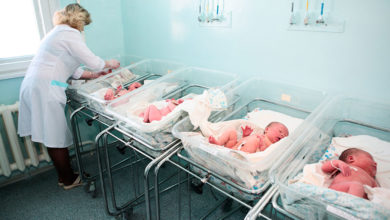 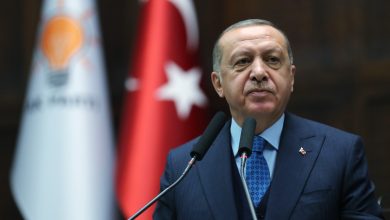