2020 could be an exciting year for art in Portugal.

The country’s government has committed to spending 500,000 euros on contemporary Portuguese art this coming year, surpassing last year’s total by 200,000 euros, in a scheme meant to inspire investment in promotion and dissemination. Minister of Culture Graça Fonseca announced earlier this month that the government will not only increase spending, but also encourage private investors to participate in its art acquisition strategy.

Pieces acquired will become part of the State Contemporary Art Collection, and Fonseca emphasised that there will be “a real circulation” via a nationwide exhibition, though no concrete details were provided.

Investment in Culture Through Revive Program

Though Minister Fonseca noted that these pieces will be available for public consumption,  participants in the country’s Revive programme are the primary benefactors. Revive is a concept created by the Ministries of Economy, Culture and Finance, with support from the Portuguese Tourism Authority, that allows private investors to snap up vacant, public real estate. Those involved in Revive will be able to submit proposals for which pieces they want included in the collection.

How this new arm of the investment programme will work, however, remains unclear, as authorities have not yet announced qualification steps, or how much of the 500,000 euro fund will be allotted for each piece. It’s also unclear if this is meant to incentivise new investors to join the initiative or if it will be included as a reward for successful investment.

Created in 2017, Revive has allowed Portugal to boost its tourism industry in urban areas, while creating jobs and income for locals. It particularly encourages proposals for building renovation projects that are able to incur concessions lasting up to 50 years; there’s also the Revive Natura programme, which encourages the same investment, but for rural sites. Portuguese Secretary of State for Tourism Ana Mendes Godinho describes the greater significance of this project, saying, “Revive is contributing to the rehabilitation and maintenance of our heritage…Investors want to generate revenue, of course, but there’s also a very important element of social responsibility”.

So far, the programme appears to be successful. As of October 2019, the list of sites available for investment includes palaces, forts, convents, and even a Lisbon-based former government office. The first completed project was Vila Galé Collection Elvas, a convent-turned-hotel near the Spanish border, renovated to the tune of 10 million euros. Vila Gale Hotels Marketing Manager Catarina Padua said, “Elvas is a city in Alentejo that has huge tourist potential and a lot of history. This project responds to the ambition to develop new tourist centres in the interior of the country.” Vila Gale Hotels plans to continue capitalising on this potential – the group will invest a further 9.5 million dollars in a second Revive partnership at a former horse farm in rural Portugal.

As the list of properties grows, so, apparently, does the list of investors. Mendes Godinho has said that there’s no sign of slowing down: “So far, we’ve received 550 expressions of interest, [including] 150 from international investors…Revive has the potential to create new centralities and attractiveness in all the regions of the country, [while] also creating jobs and generating revenue in areas that are not yet that well known”.

Art Investment in an Art Destination

This new initiative comes at a time when Portugal is continuing its meteoric rise as a major travel destination. Tourist arrivals in the past five years have risen 81 percent, to a staggering 30 million in 2018. The country also consistently tops international lists of places to explore in the next year.

As tourism booms, related industries are quickly catching up, including the country’s luxury hotels, restaurants, and cultural sites, especially art. Lisbon, in particular, has been noted for its many gallery openings. The Lux Gallery, for instance, is set to open at the end of this month. Run by Portuguese artists, it aims to be an accessible place for people to explore both local and international artists.

Artists themselves are flocking to the city to take advantage of its low cost living, and this injection of government money could increase the exposure of local artists, including Vasco Araújo, Alexandre Estrela, Patrícia Almeida, João Maria Gusmão, and many others, further strengthening the country’s reputation in the art world. 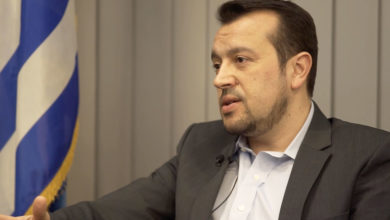 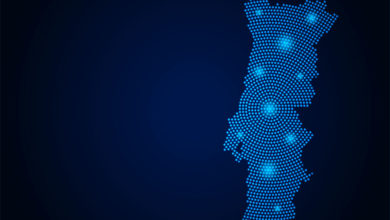