Portugal extended the deadline for a mega-auction of new solar energy capacity by a week, it will now be concluding on July 7th – instead of on July 1st – due to strong interest expressed by about 300 investors.

In the end, the auction drew a demand for about nine times the offered 1,400 megawatts of solar energy, and requires a second phase – just to decide the winners of almost all licences. The auction was the largest licensing auction of any kind of energy, ever launched, in Portugal, with the government expecting an investment of up to 1 billion euros. It represents more than double the current installed capacity for solar energy in the entire country.

“It was a success. The deadline was at midnight and we have 64 entities competing”, Fernandes said.

Most of the investors bidding were foreign. Out of the 24 possible locations to install solar panels, only one location had no bidders, and another had an instant winner. 22 licences will require auctions where bidders offer the largest discount off the solar energy tariff, and the offer presenting the largest discount will be awarded the licence. Successful bidders will be announced on August 10th, or soon after.

Of the foreign investors bidding, Spanish power company Greenalia set up two companies in Portugal – Greenalia Power Portugal and Greenalia Solar Power – specifically aimed at partaking in the local solar energy market. These satellite companies are part of Greenalia’s overall strategy for the Iberian peninsula, linking up with energy projects, also in motion in Spain. Greenalia Power Portugal was set up to operate as an independent branch and economic unit, while Greenalia Solar Power was established as a subsidiary, to develop solar-energy business.

Oliver Schweininger, managing director of Chinese company Chint Solar’s European business, points out that some markets, including Europe, will likely want to see one or two years of data before financing power from the rear side.

“The banks are relying on technical advisory firms and they are very data-driven in Europe, they need to see the real world data. I think we are looking at 5-10 percent [gain from the rear] depending on the geographical region and the actual irradiation.”

Chint Solar is a Chinese company looking to further invest in European energy markets in the coming years, and already has plants under construction in the Netherlands, with an eye towards the Iberian solar market in the near future.

China and Portugal have already signed a Memorandum of Understanding, focused on energy and transportation, and a 50 megawatt plant in Portugal is due for construction in 2020. A 300-400 megawatt pipeline, running through Spain and Portugal, is also set for completion by 2020 or 2021. Shortly after, Chint Solar expects to begin work in Italy, Germany, and the Southern European market, more broadly.

“We formed a team of senior developers and our primary focus, in the beginning, was the Netherlands”, said Schweininger. “We’d been looking into the Netherlands for some time as it has been very committed to meet its 2020 and then 2030 renewable energy targets. As it was lagging behind, they put in place an auction-based subsidy scheme to accelerate the growth of renewable energy to support the energy transition.”

Foreign investors like Chint Solar are comforted by the fast growth of power purchase agreements, also known as electricity power agreement, between states. A PPA is a contract between two parties, one of which generates electricity, and the other which purchases it. Such agreements include booming commodities like solar power.

“The PPA market has improved quite tremendously”, said Schweininger. “Two years ago it was challenging to secure project finance for PPA based projects. That environment has changed. In the meantime, you can get bankable 10-year and longer PPAs in the market. Banks, especially in the Iberian market, will consider a natural floor price and are willing to offer attractive project financing terms, with for example a 10-year PPA and an even longer loan tenor up to fifteen years. We are very positive on the availability of PPAs, that they are bankable and that there is finance in the market for those structures to further accelerate the growth of subsidy-free solar projects, especially in high irradiation countries.”

The Quest for Carbon Neutrality

Overall, Portugal is doing well in the energy sector. In the latest Climate Change Performance Index (CCPI), Portugal was placed fourteenth overall, out of a list of 57 countries, but was first in terms of policies to counteract the effects of climate change.

The solar sale is part of the Portuguese government’s goal to reach about 9,000 MW of installed solar energy capacity, by 2027. It also falls into their wider ambition of becoming a major player in both regional and global energy markets, while going carbon neutral – which includes Portugal’s  2018-2027 plan to strengthen its grid to integrate large volumes of renewable energy. In parallel, the European Union has set out goals to go fully carbon-neutral by 2050.

Late last year, Portugal unveiled their Roadmap to Carbon Neutrality, a national energy and climate plan that would have Portugal produce 90 percent of its energy needs via renewable resources by 2050, making it effectively carbon neutral. Simultaneously, a new report was released: the Portuguese Market Outlook up to 2040, by consultants Pöyry, which details various analyses for electricity market development in Portugal – and sheds light on how the government can make good on their carbon neutral ambitions.

One of the initiatives includes total  decarbonisation of public transportation. Portugal will rely on both innovative biofuels, and electro-mobility, to make the transition; the ultimate goal being to cut emissions in half by 2030, by 84 percent of current rates by 2040, and by 98.5 percent before 2050.

Shifting suddenly to electric vehicles is not sufficient to decarbonise transportation, however, especially for aviation, shipping, and long distance transport.  Though, personal cars are a different story, with the promotion of ride-sharing and public transport playing a dramatic role in reducing CO2 emission rates.

Late last year, Portugal sought to open up new lithium mines, as well as better extract and process the mineral for use in multiple markets, especially its use in the renewable energy sector – particularly lithium ion batteries, like those used in electric vehicles.

Portugal is also seeking to harness wind and water power to generate electricity. The Waveroller ocean energy system, a partnership between private investors in Portugal, Spain, Italy, Finland, Turkey, the UK, and Canada, takes advantage of the Atlantic waters off the Portuguese coast.

The back and forth movement of seawater in waver motion activates the Waveroller panels, which can absorb up to 2 megawatts of power, from each wave surge. As the panel moves, it activates hydraulics, which drive an electricity generator. The generator is connected via a marine cable to an electricity grid onshore.

However, Portugal’s 2019 budget might complicate matters.  Included in the budget is a tax on energy producers, known as CESE, and it includes renewable energy producers. This will have a negative impact on the growth of renewable energy, including wind power – which will contribute most of the expected 30 million euros in tax revenue.

While Portugal’s newest wind developments are exempt from the tax, it is not likely that they will be renewed beyond 2019. 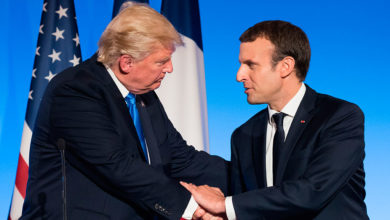