The most recent unemployment rate in Portugal sits at 8.4 percent, the country’s lowest rate in 12 years. The country has been able to chop off nearly 10 percent of its unemployment ratio since its peak of 17 percent in 2013. In the last two years alone the country has completely shed its reputation as the former P of the Eurozone’s PIGS, generating more than 2 percent economic growth two years running, and having its credit status upgraded from junk to investment grade by Standard & Poor’s and Fitch Ratings.

So what is Portugal’s secret? The country’s socialist government prescribed a number of policies for its sick economy, opting to pulling back on austerity measures in an attempt to jumpstart economic movement. The result has been a boom in many sectors, notably entrepreneurship. A public-level initiative focused on attracting digital businesses has stopped many Portuguese from running to rich venture capital cities like London in search for fertile entrepreneurial ground. The government has also backed a series of public-private endeavours, such as the think tank Startup Portugal, which implements a range of initiatives to support entrepreneurs, start-ups, incubators and investors within the country.  The data offered on the official website states that 46 percent of the new jobs created last year came from start-ups, defined as companies younger than 5 years old. The data also revealed that the average number of jobs created by a Portuguese start-up within its first year is 2.2, and that the total number of new start-ups in Portugal last year was more than 580.

While a big chunk of the country’s entrepreneurial success has come from the stimulus policies for growing digital business, Portugal’s fin-tech industry still has a long way to go. The size of Portugal’s tech scene still pales in comparison to some other large metropolises. However, the amount of venture capital that the country has attracted for its fintech firms has grown six-fold since 2015. So it seems the government’s cocktail of entrepreneurial-stimulated policies is working so far.

Despite its success, the growing start-up phenomenon is not big enough to solve the country’s larger financial problems. Portugal is still saddled with high-levels of bad loans in its banking system and suffers from large amounts of both public and corporate debt. However, the UK’s dampened economy as a result of Brexit seems to be transferring the fire to Portugal, particularly in the start-up sector. Investors in England have cancelled or delayed funding in at least 30 British fintech start-ups since last year’s referendum, and venture investments in British technology companies have dropped by about $4.4 billion. While not every young British firm is flocking to Portugal before Brexit hits, enough are doing so to make a serious dent in the Portuguese start-up sector. In addition to Portugal’s tax incentives, cheap labour, and largely English speaking workforce, the country’s property values alone are enough to make new company owners rethink location. London costs an average €27,000 per square metre of property compared to Lisbon’s €8,000.

The true test of time for Portugal’s budding entrepreneurs will be if these initially successful companies can survive the growth-stage funding process, which will require that they search for capital from big VC firms outside of Portugal. If they can successfully bring increased funding back into the country and continue to create jobs and spur economic growth, then the entrepreneurial market could go from being an economic trend to a foundational pillar of the country’s economy. 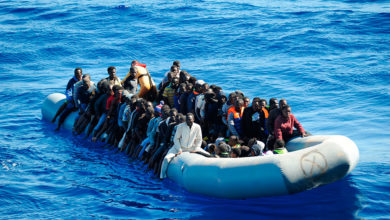