Now in its 12th year of operations, the Maritime Analysis and Operations Centre-Narcotics (MAOC-N) has, between 2007 and 2016, coordinated the seizure of over 12,000 kilos of cocaine and almost 40,000 kilos of cannabis. Drawing on the naval, policing and customs assets of seven EU nations (Portugal, Spain, France, Italy, Netherlands, UK and Ireland), and headquartered in Lisbon, the MAOC-N’s mission has presented a considerable obstacle to the trans-Atlantic drug trade. Its objective, summarised by its motto ‘Certa Cito’, swift and sure, is to create the most hostile environment for drug traffickers in the Atlantic.”

MAOC-N is funded as a security asset by the EU and works with other national and EU agencies, in addition to transatlantic cooperation with U.S. agencies and West African countries. Its area of operations stretches from the West African coast to the Norwegian Sea, and also covers the Western Mediterranean, through some of the world’s most ancient sea trade and smuggling routes.

The agency’s achievements have been quite significant, mostly due to its unique structure, which blends centralised intelligence gathering in Lisbon with the operational assets of the seven member countries. While the Irish, UK, Dutch and French naval services have executed several highly significant raids, without doubt it is the  Portuguese, Spanish and Italian naval and policing services that face the brunt of narcotics trafficking, with their waters lying due east and north of the smuggler’s favoured routes of either the Caribbean – using political instability in countries such as Haiti and Venezuela as staging grounds – or West Africa, which has long been a favoured landing ground due to poor security and political turmoil.

Since September 2018, just under 5,000 kilos of cocaine have been intercepted in separate operations in UK, Spanish, Moroccan and Portuguese waters, while almost 8500 kg of cannabis was seized in two raids by Spanish and Greek authorities. However, the successes of MAOC-N and its component national agencies do have to be judged in the context of the amount of cocaine, in particular, which is flooding into Europe. The UK and Spain are the third and fourth largest consumers of cocaine in the world, and Spanish ports in particular have become irresistible to gangs involved in the cocaine trade. According to a report in Spanish newspaper El Pais, from July 2018, the authorities are now facing a congruence of Dutch drug barons of Moroccan descent based in Andalucia, Kosovar-Albanian gangs in Valencia, and Serbian mafia, operating in Barcelona. “It’s an avalanche, massive amounts are coming in,” said an unnamed official from the Spanish Special Response Team against Organised Crime (GRECO), in the same El Pais report. “We have never seen anything like this.”

MAOC-N, which staffs its headquarters with Country Liaison Officers (CLO’s) representing the police, customs, military and maritime authorities of member states, and a permanent observer from the US Drug Enforcement Administration, can point to the coordinated intelligence network that now exists along Europe’s western frontier as a significant success. The ability to coordinate intelligence on both sides of the Atlantic – both maritime and aviation – while dovetailing it with the military and law enforcement resources, means that there is now a significant chain of coordinated intelligence communication stretching from Ireland’s northern waters down to West Africa and east, to Italy and Greece.

The Atlantic Ocean stretches across 40 million square miles so narcotics interdictions do not happen by chance, and the intelligence that MAOC-N provides from Lisbon then has to be acted upon by member states in a fashion that ensures both seizure and the ability to make subsequent arrests. A badly handled interdiction could easily present traffickers with enough notice to ditch their contraband into the ocean. These interdictions require not just accurate intelligence, but astute military planning and execution, often at night, intercepting crafts that may be moving very fast. Most ‘vessels of interest’ are identified by MAOC-N, or their US allies, shortly after they embark from South America or the Caribbean. They are then tracked through several jurisdictions before the appropriate nation is provided with the intelligence to make a successful interception and seizure.

Indeed, the drug trade’s migration from concealment on merchant vessels to moving the drugs by yacht has been a trend that has developed fast since MAOC-N’s inception a little over a decade ago. In its first year, a third of its seizures were made on yachts. By 2013, that figure had grown to 70%.

The shift from large vessels to smaller, faster, craft is a signal from traffickers that they need to be more agile and nimble to avoid Europe’s improved interdiction capability, but also it signals the proliferation of the drugs trade from massive cartels to smaller gangs or individuals, who are ready to take distribution into their own hands when they have a European buyer, even if it means crossing the often treacherous Atlantic in a pleasure craft.

Closer to home, the Mediterranean has opened up a few front for MAOC-N to deal with, with fraying of law and order in North African states leading to the proliferation of alternative routes for drug smugglers into Europe, and Africa. On Friday December 14, Greek authorities intercepted a Syrian vessel on route to Benghazi in Libya, seizing for than €100 million worth of cannabis and amphetamines, including the super strength captagon pill – which has been used in the Syrian conflict as a fund-raising tool and stimulant for militant and terrorist groups. Despite it being an excellent example of pan-European cooperation, it seems that for MAOC-N, and Europe as a whole, the ever shifting but constant battle to stem the flow of narcotics is still just beginning. 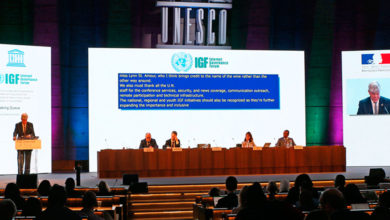